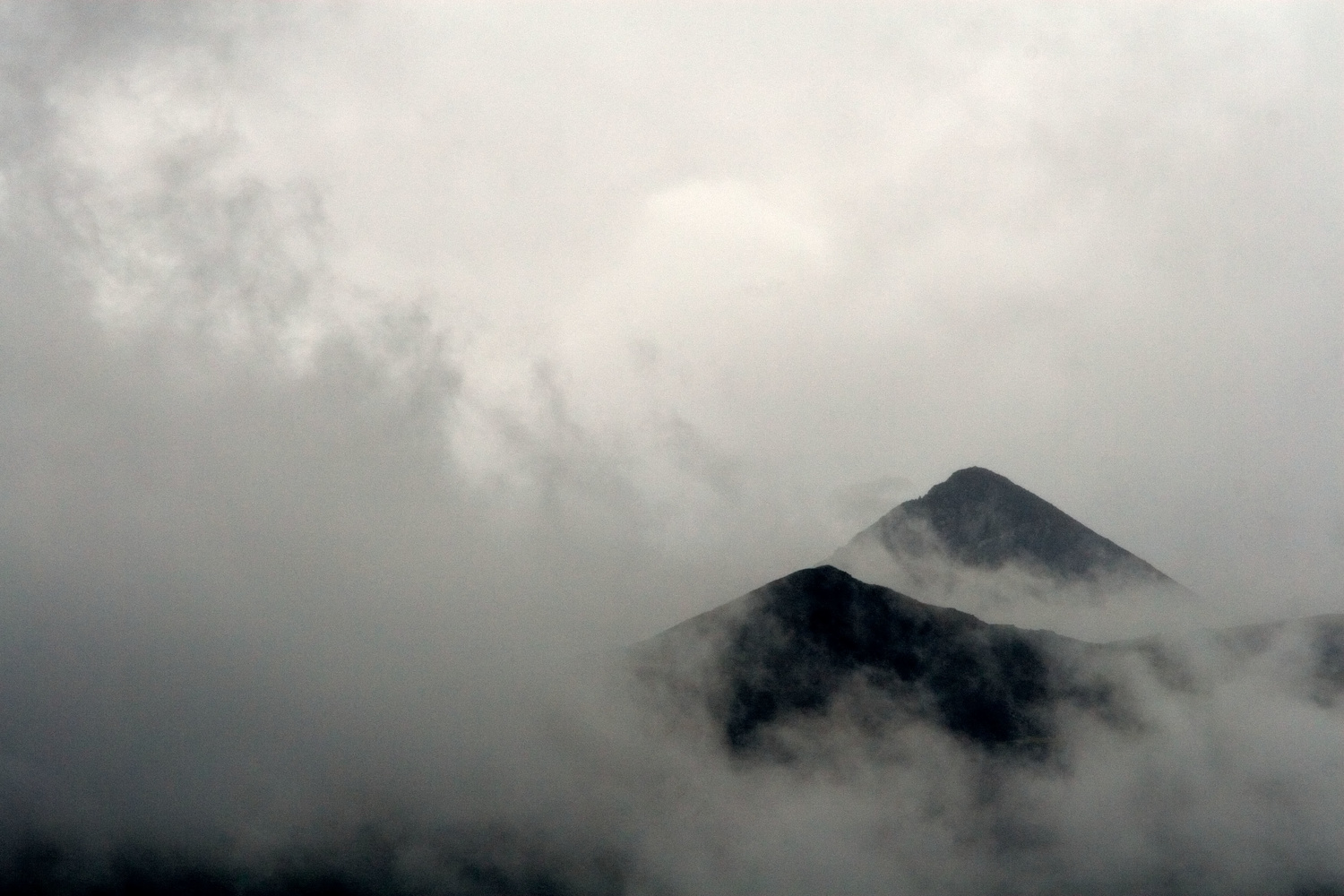 Another shot of the Ten Mile Range in Colorado during late summer. Probably taken about 2006. During the late summer sometimes in the afternoon clouds and storms roll in and the clouds will "fold down" over the mountains leaving the peaks visible. This was one of those days. I spent many afternoons for 2 or 3 hours in the rain, clouds and cold capturing these images. Probably 200 mm with a 1.4 extender on a Canon 1.6 crop body. I called this one "Islands in the Sky."