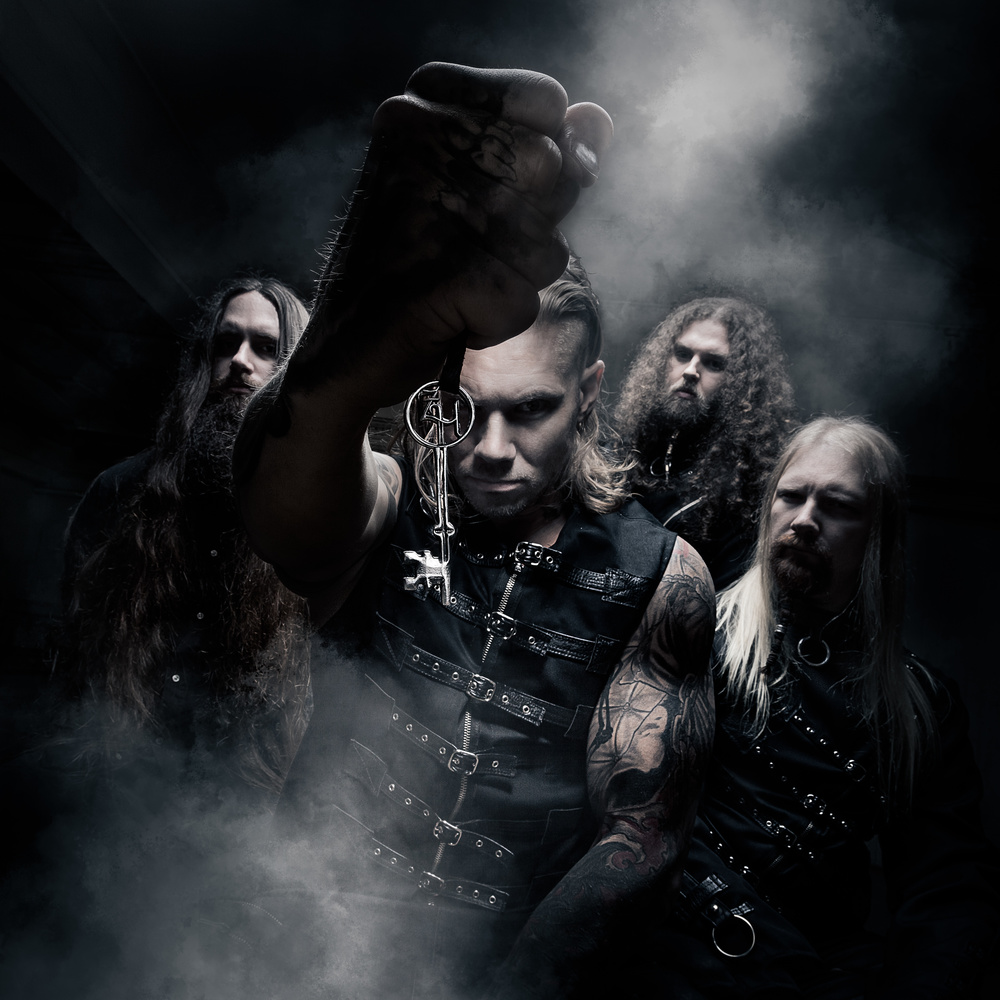 The smoke is added in post. This is a bandphoto for the metal band Zornheym, for their debut album which is a concept album and the key that the vocalist is holding up has a part of the concept album story.
The image was lit with three strobes – one on the key, one of the vocalist in the front, and one for the three guys in the back.