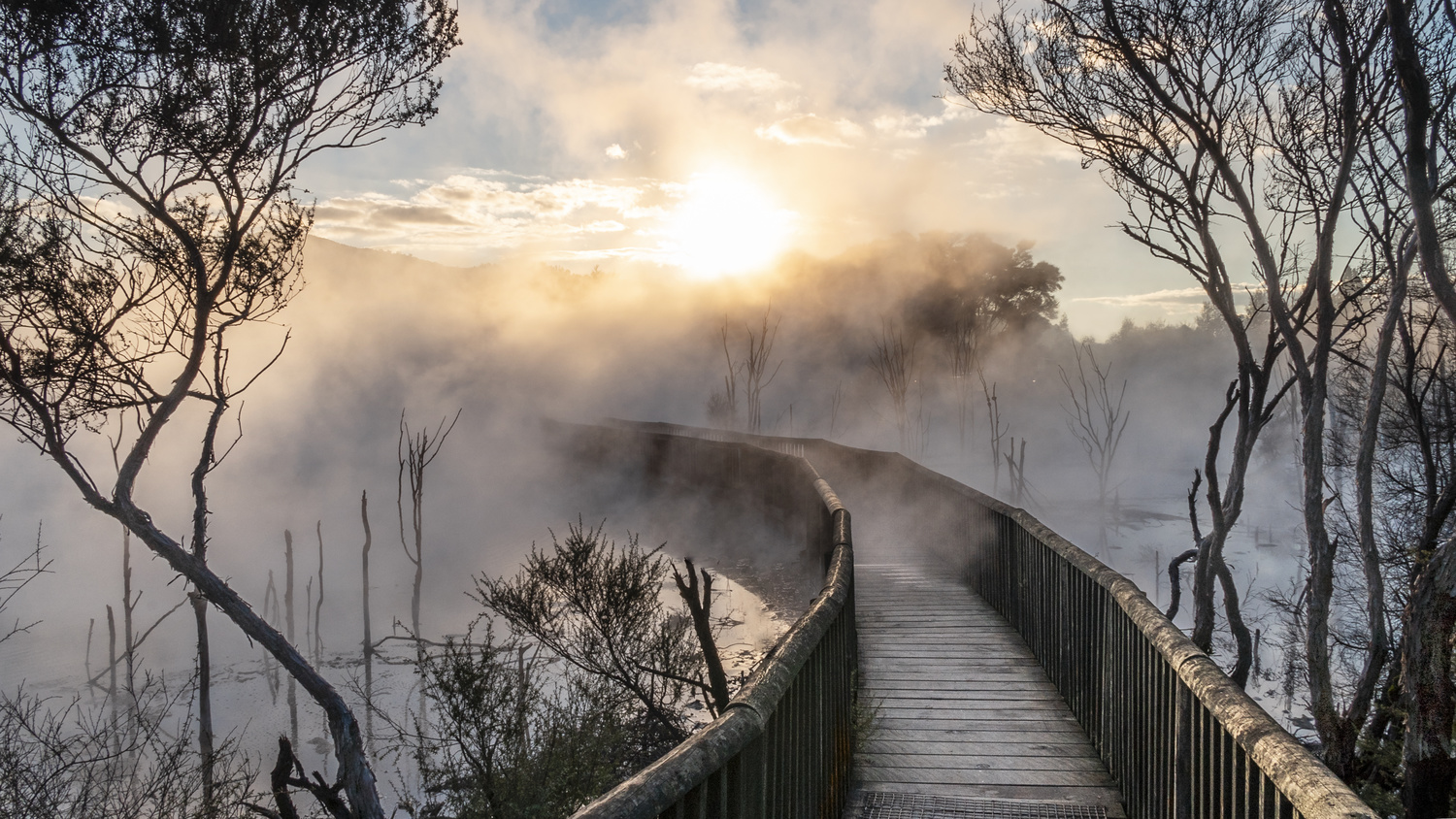 Taken in Rotorua, New Zealand. Rotorua is well known for its geothermal activity, which causes all the steam. The main park, Kuirau park, has many geothermal pools and a very large pond (see story below). Taken with Sony a7II at 18mm (27 mm equivalent), at f/20 and 1/60", ISO 50. Single exposure, shot into the sun at sunset. Nothing special done besides some dodging and burning to bring out the details in the foreground.