A new announcement from Apple has seen the company reveal plans to bring out its first 8-core MacBook Pro. Set to be the fastest notebook ever made, the new tech will be able to handle running Photoshop at much quicker speeds.

Advancing from 4 to 8 cores means the machines are due to be twice as fast. Any restrictions will vary and depend on which apps and programs a user runs.

Making specific reference to Photoshop CC, Apple has explicitly said the new 8-core MacBook Pro is to allow photographers to work on complex edits and filters up to 75% faster than currently. There will also be a 50% performance increase when doing raw image imports in Lightroom Classic CC with Smart Previews.

The new 8-core 15-inch MacBook Pros are available now. The starting price is $2,799 in Silver and Space Gray. 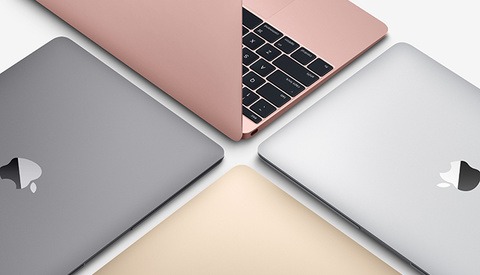 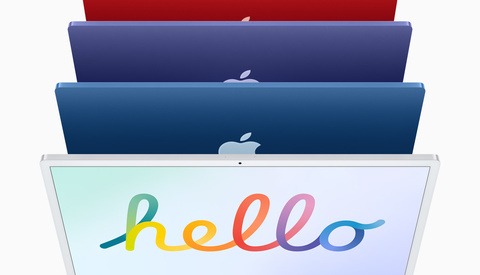 Apple will never but needs to drop their price. I'm no longer taking overpriced computers on field. After 20 years, the next portable will not be a Mac for me.

I can definitely use this”IF” the batteries and pull the added strain. No good if the battery can’t run more than a couple of hours like an Alienware laptop I had. I’m not a Apple fan but, it is dependable and faster than anything portable to date.

Ha that's if you can get Photoshop to use all 8 cores... and if you are a photographer who prints the "P3" colour space does not cover all the gamut of most decent printers... P3 is a video thing... the 86wh battery wont go very far either :-) I'm guessing there will be the thermal compromise again, it will spin upto 5ghz, overheat and then be a sack of s**t

yeah thats what my stupid i9 does. Thermal throttles almost immediately when I fire up any program, it's out of control.

For most users, the increase in performance that more than six cores provides doesn’t justify the increased cost."

That's generally been an accurate statement but I think that is changing. Not meaning that Adobe is optimizing Photoshop for more cores but that chip technology is continuing to advance.

As I understand it, Photoshop can only use 6 cores, Lightroom 4, and Premiere an AE are either 4 or 6 IIRC. So you're gonna have idle cores with this machine. Is it worth it?

Never laughed so much...if you want 2tb ssd, 32gb Ram and a proper video card it will be 4.5K :) sorry but I haven’t bumped my head yet to even consider this...

Well in fairness let’s not compare apples with oranges :) a laptop is not a desktop. But your point still stands, way overpriced...OS as good as it is, still not worth the price they are asking.

Apple is pricing me right out of their products...$3K US...not a chance, sorry Apple but get off the sauce.

Wait for (hopefully) next year’s 10nm Ice Lake CPU iteration. This updated 8-core CPU (Coffee Lake) will most likely throttle more than last year’s 6-core and still does not support 32GB LPDDR4- and yes, you DO need 32 GB! This update will likely end up with a processing and thermally crippled MBP and waste your money on not getting the full power of all those cores.

Technically speaking, an Ice Lake CPU will give the MBP the real power boost many of us mobile Content Creators need in four significant ways: (1) A cooler 8-core processing, consuming lesser power than the last generation and thus running at a faster clock before throttling. (2) Direct support for 32 GB LPDDR4 would mean a cooler motherboard that could help the CPU from throttling even further, plus longer battery life. (3) Direct Thunderbolt 3 support. This can mean lesser latency between CPU and the TB3 connection by doing away with the extra external TB3 interface chip and get slightly better eGPU performance. And finally, (4) an integrated GPU that’s twice as fast than the last generation.

Then again, Apple could just go straight ARM64 and render what I wrote above pointless... =)

I guess they didn't post Video editing benchmarks as those Intel CPUs throttle before the benchmark ends...

For 99% users this will be useless machine :) for 1% niche they will salut them :). Thank you, use desktops for editing and notebooks for presentation only so 4 cores will do :)

Funny, people moan how Apple has left the professional markets behind. However, when Apple starts planting their feet back into the mix (New 8 core macbook, new MacPro later this year), everyone is upset about the prices. Apple products have always been expensive...so I do not know why there is so much grief. I'm sure many who spend $1000 on the latest phones every year are doing some of the moaning.

Lets see how they cool it. I bought the 2018 i9 6 core, and it is awful, It's slower than my 2012 macbook brick pro, because it thermal throttles whenever I try and do ANYTHING. an 8core just sounds like EVEN MORE overheating.

Until they throttle it down.