I am a long-time user and fan of Fujifilm’s excellent XF 56mm f/1.2 R lens. I’ve never even thought twice about another portrait lens for the system since I bought it, that is, until I saw the specs on the company’s new XF 50mm f/1.0 R WR lens.

While to my eye, most of the photos appear to be almost exactly the same, Branch does talk about how much more he likes the 75mm equivalent focal length in the 50mm compared to the 85mm of the 56mm. It’s a bit of an odd duck as a portrait lens, since most times, the classic focal length on a full frame camera tends to be the 85mm. I tried to love my Fujifilm XF 90mm f/2 R LM WR lens for portraits, but I always come back to the shorter 56. It just renders such beautiful bokeh compared to most other lenses (and I don’t even have the APD version that’s designed for better bokeh), and the shorter working distance means easier conversation with my subject to put them at ease while photographing them.

One reason I’ll occasionally bust out the 90mm over the 56mm is that “WR” designation. The weather-resistance of Fuji lenses is top-notch, and sometimes, that can let me shoot in situations the 56mm can’t. That’s a key distinction also between the 50mm f/1.0 and the 56mm f/1.2, something that Branch didn’t talk about but that’s worth noting.

Curiously, while DPReview reports the 50mm f/1.0 to be a bit softer and slower in autofocus compared to the 56mm f/1.2, Branch reports the exact opposite to be the case. For me, the 56mm f/1.2 is so sharp wide open, I can’t imagine that any new lens could be much better.

What do you think of the 50 mm f/1.0? Will it find a home in your camera bag? Leave your thoughts in the comments below. 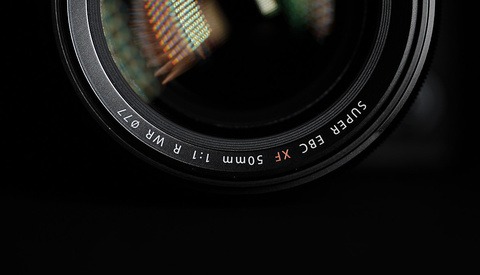 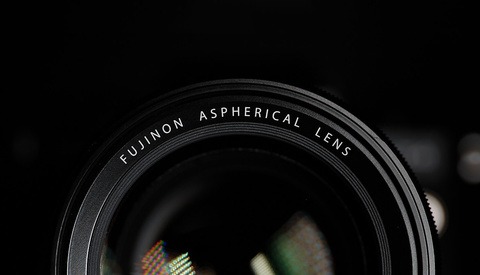 Lenses like these are great for photographers who enjoy having a super shallow depth of field, or who have to work with or prefer low light (although the necessity for super fast aperture settings for low light is debatable when you consider the ISO capabilities of modern cameras). I used to drool over lenses with 1.2 aperture settings because of the dreamy shallow depth of field, but in recent years I find myself shooting in the f/3.5 and above range for most photo shoots. Personally I don't think I'd add a lens like these to my gear bag, although renting it wouldn't be out of the question if I ever really wanted to use a lens like the 50mm f/1.

I have the 56 and the 90. I use them both about the same along with the 35. I will not add this lens - I don’t think it offers anything that the other three lenses don’t already provide in a portrait shoot. Plus, I like the smaller lighter lenses to work with during a shoot. This new lens is much bigger and heavier and not as easy to handle during a shoot.

50mm f2 user here, and very happy with it, this new lens is a halo lens and definitely going to be producing some amazing shots, just not in my bag:)

I honestly use the same one, and I am very happy with the result

I have the 56 and it is really ok for me. This new one is too heavy.

I would probably consider it if I didn't have the 56 already.

Just based off the video, I can't really see a discernible difference. And, I think in terms of shallow dof, if framed the same, that extra 6mm on the 56 probably negates the background blur of the f1.0 of the 50. It's basically a wash, IMO.

As for the DP Review video above, the autofocus and sharpness segments are at timestamps: 3:53 and 6:32 respectively.

Yeah I was having the same thoughts!

I think this is mainly a statement lens from Fuji to say to the photography world, "Look - we can do it too!" There doesn't seem any reason at all to choose the 50 f/1 over the 56 f/1.2.

A medium tele is by far my most-used lens, and if I were starting from scratch, I'd choose the 50. I've always liked the 75mm-equivalent focal length ever since using a vintage 75mm f/1.5 Carl Zeiss Jena Biotar on film cameras — it gives a nice field of view for stage photography in small theaters and a just-right working distance for full-length studio portraits, two things I do a lot. Although I seldom photograph outdoors, the weather resistance of the 50 would be a nice bonus, just in case.

But since I already have the 56 — it was the first lens I bought for Fuji, in fact — I'm not going to be going to the 50. It's just too much money to spend when I already have a lens that does basically the same job and does it well. Even if I could afford to own both, I wouldn't want to take on the additional mental bandwidth of constantly having to decide which one to carry, which one to put in the camera for a given situation, etc... in photography, having less stuff is almost always better.

Having the 50/f1 I can say from my perspective that it's superior to the 56/1.2 and the weight, when paired with the X-T4 is not as bad as I thought it'd be. It actually became a non factor once I got used to the ergonomics. The sharpness, the rendering, and the color output this lens emits is well worth it. I also shoot in very dimly lit cigar lounges and speakeasies and the 50/1.0 does not hunt like the 56/1.2 did in those dark contrasty situations.
I also have more usage flexibility with the 50/1.0 in tighter spaces vs the 56 so I'm extremely happy with my purchase.