Following a premature leak via the company’s social media accounts, Nikon has made the official announcement for their new Nikon D6 DSLR. It is being hailed by the Japanese manufacturer as its “most advanced DSLR to date.”

Nikon released the D1 digital SLR camera in 1999, making 2019 the 20th anniversary of the single-digit D series. Thanks to the imaging know-how cultivated over Nikon’s long history in camera development, Nikon’s professional DSLR cameras have continued to evolve by introducing some of the industry’s most advanced technologies and responding to the strict demands of professional photographers with the ultimate in performance and reliability, even in the most severe conditions.

Despite the official reveal, little else is currently known about the new gear. Nothing has been revealed in regards to release dates, pricing, and specs.

As with the D6’s rollout, all further details are to follow. 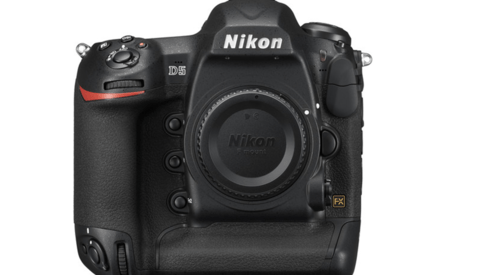 Popcorn ready in case the mirrorless vs DSLR row kicks of on here too.

It’s funny when you see the same repeated arguments over and over, people regurgitating the same comments like 2 years later, same happens with jokes on social media, I’m always like yeah mate I saw it 500 times already, get some new material.

What dont you understand about my comment? Or are you just grunting cos its meal time?

Well it was you replying to my comment wasnt it? unless im missing something.

Ah i understand now, basically people who join in arguments online that have been done to death already... its like they have either been living on the moon and missed it the first 1000 times it was discussed or they just enjoy repeating crap over and over again that nobody is interested in seeing any more. Similar to when people regurgitate jokes on social media that are just copy and pasted from other threads etc. It screams of a lack of originality/intelligence.

Hahahaha, its one of the few things that makes me actually facepalm when i read it. 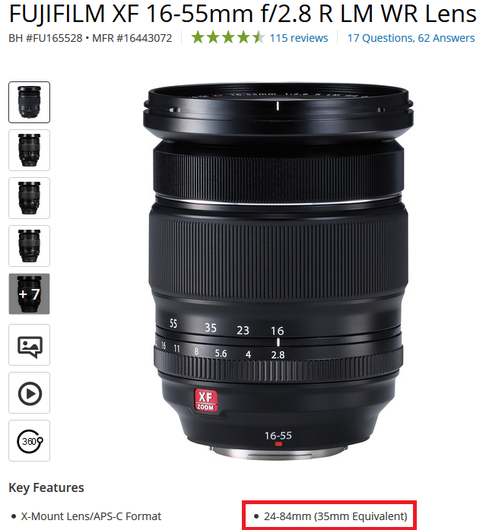 Will enough professional sports/action/wildlife photographers and photojournalists desire an upgrade for this camera to be profitable?

I think releasing new products is the only way for the camera manufacturers to stay alive, giving the decline in the sells of camera, specially in the budget part of the market.

Biggest sporting event in the world next year. This will be viable. Canon will release a new 1DX by then too.

They haven't announced that yet.

The D6 announcement is a bit anticlimatic in the fast pace, fast evolving mirrorless era. That lens however has a lot of tongues wagging.

It does look like a good move on Nikon's part, especially if it's not quite as heavy as the Sigma lens.

Makes perfect sense to me. Nikon and Canon need new pro bodies out for the Olympics next year. Their mirrorless tech probably isn't there yet, and if it is, it hasn't been around long enough to be trusted.

Can you imagine pro photographers turning up to the Olympics with Z7s and EOS Rs? They'd be laughed out of the stadiums.

I didn't say it didn't make sense, it's just anticlimatic in the mirrorless era.

"Can you imagine pro photographers turning up to the Olympics with Z7s and EOS Rs? They'd be laughed out of the stadiums."

Nikon did not announce D6 yet CLICK BAIT TITLE again after reading 2 days ago article at Nikon Rumours Jack..? Pathetic moves on this FS site :(

Ummm, yeah they did announce it "officially":

A "Development Announcement" is not a "Product Announcement". I'm quite sure Apple is "developing" an iPhone 11 and a 12 and a 13...

I'm sorry, but even Apple (nor any other company) ever puts out any official post or webpage for "under development" devices, regardless of what the rumour mills regurgitate every year, until they are ready to make an official announcement.

This is posted on NIKON's own site, and they acknowledge the D6, therefore they have announced it.

Is that not a clear distinction that's easy to comprehend?

OK, if it's announced what are the specs?

They have the D6 images on the Nikon site, with official statements indicating the D6 is coming. That qualifies as an announcement.

Edison - read with your own eye from the link you sent e :) - ANNOUNCED D6 DEVELOPMENT !!! that is not a announced camera is it..? no specs, no images, nada !!! READ and then confront :) happy shooting...

Here is the definition of “announced”, as it seems you, and a few others here have issues comprehending what it actually means...

“A formal public statement about a fact, occurrence, or intention”, as per the Oxford Dictionary.

Development denotes a D6 is in fact being designed and will be getting released, barring any issues with the project which may delay or cancel it, and hence is an intention of release, therefore the statement that Nikon has announced the D6 is FACTUAL and ACCURATE.

If you cannot comprehend THAT, we have nothing more to discuss.

Former user of Nikon, great gear. But these folks have priced me out to the market. So thinking body only $6900 to $7500 for this flagship. I am sure it will appeal to sport shooters, war photographers, etc. Nikon quality is so good and heavy-duty can take a beating too. My hat off to you Nikon, hope you can sell this monster.

I've only seen the D4 and D5's in the hand of photojournalists and the like. Most probably the cameras belong to their bosses not to them. Ordinary humans satisfy ourselves with d750 and d810/850 with are a fraction of the price but almost as good. I would also hope they release a second iteration of the Df, but doesn't seem likely...

Of course they're calling it Most Advanced DSLR to Date.

They're not going to come out and say "it's fine, but the D5 was better"

Mirrorless isn’t new. They’ve just made a comeback. 35mm film cameras were largely mirrorless when that became the default format for journalism and the rest of the photo world followed. We followed again to SLRs. So as far as predicting the future of the SLR, our best indicator will come from photojournalism. I’m not going to fool myself that I need to buy a whole new photo system any time soon. So, I will be shooting SLRs for the foreseeable future. And anyway, it ain’t the camera that takes the best photos, it’s the photographer.

I have a feeling nobody will release anything else aimed at professionals in this realm. Well, maybe the last iteration of D500 and DLSR world will die naturally in next 5-10 years.