Following on from the success of its version for Sony E-mount cameras, Samyang/Rokinon has just announced the launch of a new 85mm f/1.4 prime lens for Canon RF — this time with autofocus.

Canon now has a wide range of high-end glass but more affordable options are few and far between, as are lenses made by third party manufacturers. Just as it made an affordable range of lenses for Sony, Samyang now seems intent on doing the same for Canon’s new mirrorless full-frame mount.

From the product page on the Samyang website, the lens appears to be a near-direct port of the insanely affordable Sony mount version, using the same 11 elements in 8 groups, a 9-blade aperture, and weather sealing. While the new 75mm f/1.8 for E-mount has a new switch to allow you to use the control ring to dial in aperture rather than focus, the new RF lens features only an autofocus on/off switch.

Canon currently offers two flavors of 85mm prime: the f/1.2L at $2,699 and the even more expensive f/1.2L DS at $2,999. The Samyang option will be a welcome addition to the line-up for budget-conscious Canon RF shooters who are possibly becoming a little impatient for Canon to start making glass that is more accessible to semi-pros and enthusiasts. The Samyang 85mm f/1.4 will cost $800 and will be available for pre-order in the coming weeks, with units expected to ship in June.

Fstoppers was incredibly impressed with the Sony version of this lens when we reviewed it last year, and I’d expect the RF version to live up to expectations. Canon shooters will be hopeful that Samyang has other RF glass in the pipeline, perhaps a fast 50mm that doesn’t cost $2,300, or maybe something closer to a nifty fifty, such as the Samyang AF 45mm f/1.8 which has garnered some excellent reviews.

This is proving a busy month for Samyang which also announced updates to two of its most popular manual focus lenses a few days ago.

If you’re a Canon RF owner, what glass would you like to see next? Leave your thoughts in the comments below. 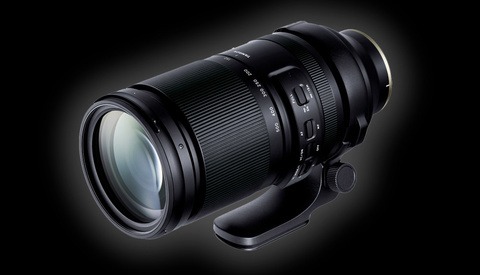 I have RF 35 mm f/1.8 IS MACRO STM and this is the most affordable on RF Line up, actually I want to see a 3rd party equivalent of RF 15-35 f/2.8 because that lens is so expensive and I think most video makers like me need a wide angle fast lens like that.