Sony a7 III Versus the Best of the Rest: How Does It Compare?

With the arrival of what's arguably the year's most important camera, the big question being asked is how it compares to its immediate competitors. In this video, Tony Northrup rattles through his thoughts on how the Sony a7 III stacks up against the best of the rest. For anyone who's not constantly geeking out with the industry's latest specs, this is a really useful guide.

Now that the dust has settled and retailers are stacking up the pre-orders, many of us are now trying to figure out just how well our existing gear performs in comparison to Sony's latest offering. Northrup gives a brief overview of eight other cameras (notably, four of them are also Sony) that are comparable in specification and price. It's interesting to get the initial impressions of an established industry pro when pondering our purchases for the coming months, though many will still be waiting to see what Fuji's X-T3 is going to bring (rumors say fewer than 30 megapixels and due to be announced in time for Photokina at the end of September).

Perhaps most relevant to studio photographers for whom battery life is slightly less of a concern, Northrup's impression is that you really want to be using G Master lenses with a 42-megapixel sensor. It's probably a little unfair to be including the Sony a9 in this overview given its specs and price, but it makes for an interesting comparison alongside the recently announced Sony a7r III.

Once done with Sony's other offerings, Northrup puts the a7 III up against the Fujifilm X-H1 (but doesn't mention anti-flicker), the Nikon D750 (due an upgrade), and the Canon 6D Mark II (whatever you think, at least it still has an articulating screen).

Possibly one of the most important aspects of the a7 III is the price: at $2,000, you're buying a camera that, in Northrup's opinion, is worth at least $700 more. What's worth keeping in mind, he notes, is that Sony's lenses are quite highly priced and, as yet, there are no offerings from the likes of Tamron. That will change as more E-mount options should arrive on the market in the not-too-distant future.

Good video but there are some excellent non-G Master lenses.

its not worth 700 more. its the others who are 700 overprieced.
companies knows the value of their product..

Can somebody explain how 24mpx FF camera is worth buying over APS-C with 24mpx? For any tele work you need to buy more expensive, heavier lenses. Why bother? Full frame 42mpx has advantage over APS-C, but 24mpx is small. If you buy it for high ISO, remember that unless you buy F1.4 lenses, everything else you can get brighter in APS-C (like Fuji), so little gain here. DR will be little better.

This is becoming less and less true as new models appear. The Leica CL and SL are really hard to tell apart, and the CL is APS-C with the same 24MP image size.

Not with longer exposures with the Sony, that's one point where these systems fall flat on their face, surprised Tonito didn't bring it up.

FF always wins.. Sharper images, better bokeh and superior dynamic range.
OK fuji have 56mm f1.2 lens. Yes you will get nice background blur at f1.2 but you can get the same background blur at f1.8 on FF sensor and 85mm lens.
If you have modern sharp 85mm f1.4 lens by stopping down 2/3 of the stop to f1.8 you will get extreme sharpness.
Fuji 56mm wide open can't match Sony 85mm 1.4 GM or Sigma 1.4 Art wide open, let alone stopped down FF lens.
Another example I love depth of field of 35mm f1.4 on full frame sensor. Fuji 23mm f1.4 can't give you that. On Fuji you will get equivalent depth of field of (35mm f2) in full-frame terms. Stop down sigma 35mm f1.4 art to f2 and sigma will destroy fuji and will will give you the same depth of field.
FF always wins...

FF is the cropped sensor of medium format.

Of course, one of Tony's comments is that it mostly doesn't matter. The composition and exposure of your pictures are more important.

I switched from the Sony A7 II to the Fuji X-T2 and I can tell that there is a noticeable drop in image quality and dynamic range. Also, the noise is higher on APS-C. If I have the chance to switch again, then I'll go with the A7 III.

I never hear about Zeiss Batis as being great lenses

Because you can buy the Sony 1.8 for 600 that is excellent and paying twice the amount for an almost unnoticeable difference is crazy.

What about these artifacts? Anyone had problems with highlights? 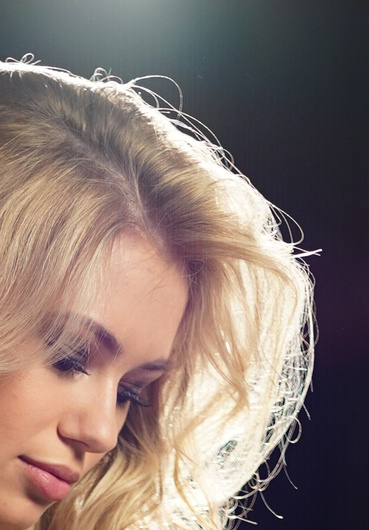 Wow what are those vertical lines on forehead??? Is this from a7 III?

my a6500 produced once the same with the Sigma 50-100 wide open in a heavily backlit (by the sun) situation, I have to tell you though that it happened in one year (yes, i do shoot backlit lot's of times) only in that certain situation. Apparently its the phase detect system reflecting on the sensor.

yes , found it on dpreview.
This means that any backlit scenario is risky at least. because you cant see this on the camera screen , only on your computer.
It's strange how they still have this problem even with new generation cameras.

Sony is not the only one. The Fuji pattern is different but even more pronounced. I have experienced it only once on my X-T2 though. Probably the most severe drawback of on sensor AF.

Is it definitely the camera/rendering?
The only time I've seen line artefacts like that was in a cheap/knockoff memory card OR a memory card that failed very shortly after

i would guess the camera , since it's just in highlights/flare area, but reports should be coming in shortly , people are already using the camera so i guess we will know soon