Sony has been aggressively coming after the camera market for several years now, and it seems their efforts are paying off, as they have now overtaken Nikon for the second position behind Canon.

Nikkei is reporting that Sony is projected to have overtaken Nikon in digital camera sales for this fiscal year. This comes on the heels of reports that the company is projecting a loss of $92 million, revised down from projections of a $110 million profit. Much of this bad news for the company has been attributed to their hesitancy to enter the mirrorless market, which allowed Sony a lot of time to jump ahead in market share and innovation. In the meantime, the company plans to invest approximately $92 million to restructure in an attempt to turn the ship around.

All this being said, all three major companies are still trending downward; Sony is simply trending downward at a slower rate. It is likely that these numbers will eventually level out however,, as there will still be steady demand from professionals and advanced amateurs, and Sony has said in the past that they intend to be the number one camera brand by 2021. It looks like they're on their way.

Gear / November 2, 2020
Nikon’s Strategy Offers Value, but Is That Enough?

Although these numbers probably don't mean a lot, if Nikon continues to be conservative and sluggish, it may well remain the case. If so, Nikon's hesitancy into new tech cost them their number one slot in the 80s to Canon, and may very well cost them their number two slot to Sony. The next gen Z bodies will make or break Nikon.

Good point about Canon. Many younger generation photographers probably do not remember how dominant Nikon was, what kind of stir caused Canon's decision to abandon totally FD mount and introduce the EF, all electronic connection, in lens focusing, experiment with eye controlled focus. And how the F5 got surpassed totally by EOS-1. In a pro photographer pit a stampede for Canon occurred, and Canon stayed there to this day.

This time with Nikon the matter is a bit different. They started the DSLR with the D1, but got surpassed by Canon again on every corner. They started the mirror-less Nikon 1, but their execution was miserable, foremost the adventurous pricing, or rather over-pricing. Many analysts in both photography and economics warned them: Take the Gillette approach, sell the raser at no margin, get the money from the blades (menaing here: cheap camera, sell the lenses and whatnot later.) Eat your babies, or someone else will eat your babies (Sony). Last good decision by Nikon was the stunning series D3, D700 and D300. For a while there they even touched Canon's sales volume in Japan. What followed than are decades of bad choices. The Nikon 1 botched and abandoned, Nikon DL suddenly cancelled, Nikon Key Mission misplaced, and finally cancelled. No D400 for a decade, people started to leak to Canon, Fuji and of course to the super upstart Sony. Once they purchased Minolta, they got the right people at the right place with the right amount of capital. They used splendidly their skill in staging public relations, see the Kando events to name one. They targeted correctly the right kind of customers, incl. the professionals and reporters. And there we are. Young people get their 1st camera being "a Sony," and thus grows the future generation of Sony users. Many working photographers discover Sony too, as a working tool, and this is bad news for Nikon. They are relatively small, and their stepper business does not flourish either. The Z no matter how good, does not sell in numbers, and everybody has his/hers reasons for not taking a Z, but rather a Sony or a Canon. And so it goes, momentum is not on Nikon's side.

As long as there as thousands or millions of lenses in the market Canon only need to do their homework to remain relevant in the budget market at least.

I know I shoot Canon because I have access to so much cheap lenses. As an amateur I couldn't ever afford anything else.

is a tool not more

So where are the doom posts about Nikon going out business?

A guy named Tony Northrup stated 1 week ago that Nikon is dying. Based om a public financial report of Nikon. The guy has no idea about Nikon strategies, plans or future products. No deeper insight whatsoever than you and me, but perfectly knows what Nikon has to do... I hope these negative influencers find there Waterloo sooner or later in court.

Another week, another 'who's most popular' post.
Anyone else really not worried who's number one in the hit parade?

I think this subject is relevant because the most successful companies and formats tend to stick around and investment in accessories and lenses will be better for the future.

You're really worried about that? Really?

Yes I am.
What I spend in photography is a big investment for me. It is a good chunk of my income.
Down the line if I want to upgrade a body and already have lenses and accessories compatible with it? Great!
If it is negligible for you and you can just throw out everything and buy again in a moment's notice, then more power to you.

If it said Nikon has overtaken Sony would your post be the same?

Being a former Nikon shooter (D5100, D7100, D610) my recent move to mirrorless (A7ii) was a decison partly due to pricing. I got my camera and kit lens for under $1000 and have plenty of room to grow upwards in the future. As far as lens selection, I just got the Samyang 18mm wide angle lens for $329, pretty affordable for a hobbyist. (Wide angle shooting is my preference and the kit lens 28mm was not cutting it.)
Pricing on entry level full frame mirrorless cameras and an ever growing selection of lenses could be the reason Sony is on the way up. 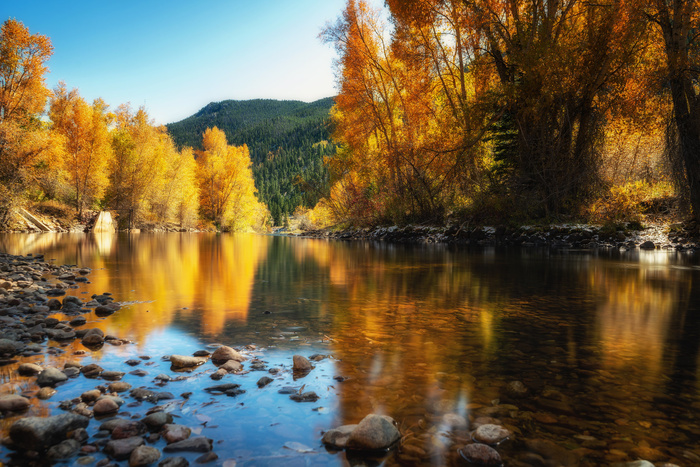 Same here. I went from the D5300 to the A7II. It was hands down the best value entry into full frame while at the same time getting into a system with a lot of affordable, native mirrorless glass.

Sony has indeed sold the A7ii in a fire sell-off, once the A7iii became so known.

For example, my granddaughter got herself her 1st camera, and she took the very Sony A7ii, what was at that price ($1k for full frame body and a lens) pretty much a top deal. And yet, when we went together to Filoli Gardens to photograph, she with the Youtube God Camera Sony A7, and I with the "total loser" backward Canon RP, I got shots, no issues, she struggled with the... auto focus. Maybe just because of the cryptic menus and lack of skill how to set it up correctly. Be it as it may, for me its the classic "Youtube hype versus reality" moment.

Be your own expert, do not listen to these hype-masters. But most people do, and that's Nikon's serious problem. They are in the bad spot at the moment. They are losing the next generation of photographers.

You’re comparing cameras separated by 5 years in release date and also negating the experience of using a camera. The “youtube god camera” is not the A7ii, not even close. “Be your own expert, do not listen to these hype-masters”... you really should take your own advice and go acquire some expert abilities before you speak.

Anyone can buy a camera and make a comparison; you possibly just made the worst comparison I’ve ever read.

Lets stay on the topic. Its about the decline of Nikon, and the alleged "hesitation to enter mirrorless" given as a major cause. That was the time when the A7 was iterated. And the fire sell of A7ii adds up to the numbers NOW, and to the statistics about full frame sale market share. You see, they have piles of A7ii still on the shelves and that's the point here. And... the RP has according to internet a 5 years old sensor of the 6D ii.

You are entitled to your opinion, but you should not turn it into "I know better" polemics.

“She struggled with the AF”, no shit she did nobody ever claimed the A7ii was a god camera or a game changer. When it was released most people laughed at it and it was never considered a choice for the “pro” (and yes I owned one). The sale of it now being at 1K is because it’s 5 years old.

You mixed up the A7iii (The one people actually claim to be a game changer) with the A7ii and just won’t admit you’re wrong.

Comparing bodies from completely different generations of technology from a user experience of someone who’s never owned a Sony camera or a full frame at all is ridiculous at best.

Agreed. Today, the value proposition of the A7ii is slipping away to the Canon RP. Effectively the same price, almost always bundled with an EF adapter, optional 24-105 f4 that doesn't cost a kidney, better AF, and 4k video. Other than IBIS, its hard to see a good reason to get the A7ii over the RP.

Thom Hogan just published his articles, and he stresses that both Nikon and Canon have still to unload a ton of boxes with DSLR's. Canon 17 models, and Nikon 19 models. They did it to themselves. The mini-iterations of the D3xxx and D5xxx were not necessary, and anyways, what's the difference between these two? If you are a traditional Nikon user and maybe would like to walk with older legacy D lenses, you need the D7xxx or D500 or the full frame. Neither needed was the barrage of the 18-something DX consumer zooms, while in the same time for DX the primes were not released. And the DX (APS-C) sales are the bulk of the revenue, see the BNC stats as one indicator.
We had one other forum 6 months ago a discussion about Sony's march to the top. I shared the opinion, that Sony has Nikon in the rear view. They aim now at Canon with their new top long teles (400mm, 600mm). Hugh Brownston of 3 Elephants made a great video comparing Sony and Canon to Muhammad Ali and Liston (if I even remember the name correctly.) He said the "upstart" trained better, was faster, was smarter. That's Sony, and so we have triopoly now, and a few smaller players with one on artificial life support (Pentax.)

Really? SoNikon is essentially the same company, so actually #1.... Remember, no Sony, no Nikon!

I am glad to see the younger generation value innovation and value over brand loyalty.

Alas, I see quite the opposite. Sony have done a great job at marketing and hyping their brand and Sony users are fiercely loyal; almost on a par with Apple even.

The Sony zealots are about as bad as the Godox zealots....

The worst ones are the Sony and Godox zealots. Those are super crazy.

...lets not forget the ProPhoto psychos too...

Nikon's arrogance and unwillingness to listen to their user community (Canon as well) has cost them. The D300 was the last credible camera I had from them having the D800, & 750,and D4s. I reluctantly moved to Sony and was astounded in how far ahead they were. My clients saw image improvements literally overnight. Abilities to shoot off the face and have focus is a mainstay.