What Should We Expect from the Sony a7S III?

According to speculation, we are weeks away from seeing the announcement of the hotly-anticipated a7S III, Sony’s video-centric full frame mirrorless ILC. What features should Sony fans expect, and what will the Japanese giant deliver?

In this short video, Jordan Drake from DPReview runs through his list of the features and specifications that would make the a7S III an ideal camera for him. The wishlist seems far from unreasonable, though many may wonder if Sony would be missing a trick by not offering 8K video in order to compete with the Canon EOS R5. Is 4K/120 going to be enough for it to keep customers from drifting towards Sony’s biggest competitor? Would cramming more than 4K mean a compromise on the low light performance, one of the aspects that makes the a7S models so appealing to videographers?

What doesn’t get a mention from Drake is the EVF. Rumors started circulating a week ago that the a7S III would have a 9.44 million dot EVF, giving considerably better performance than the mere 5 million dots offered by the R5. If true, is this going to be one of the camera’s major selling points? Or will customers be paying over the odds given that 5 million dots is plenty?

What’s on your wishlist for the a7S II successor? Leave your thoughts in the comments below. 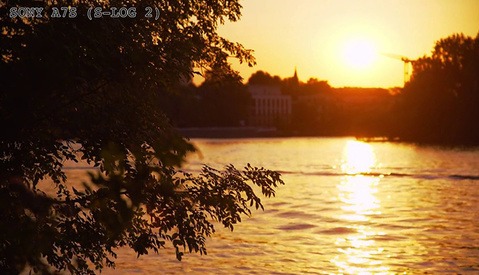 I don't think Sony is too interested in keeping up in the spec race for video - they seem more concerned with making cameras that satisfy enthusiast/YouTube creators at an accessible price. Even 4K120 seems a bit extreme, a bit niche, but still doable for a video-centric camera. 8K just seems excessive given theres nothing to view it on - doubly true for the target market.

All the talk about the EVF, but, what about the LCD? Or, is it just no info on it yet? You would think for being video centric, the LCD screen would be more likely to be highly utilized.

Expecting a major redesign. In the very least, a larger, high resolution LCD monitor would make sense for a video centric camera.

True dat. Last time I saw a videographer using the EVF was never.