A video recorded of a photographer shows him using the stock of a gun while taking pictures of birds. Using tape to mount the camera, it helps him stay agile when using heavy equipment.

The clip, shot in Asia, shows his camera mounted to a rifle-like stock. The footage was posted by a user named OctopussSevenTwo on media-sharing site Imgur.

It’s likely a foreign sight to most, although the practice is not new. Many photographers use it as a means to stabilize the larger and heavier camera setups, and it’s still popular amongst nature photographers attempting to snap wildlife from a distance using weighty zoom lenses.

Interestingly, some manual film cameras such as the Zenit Fotosnaiper actually came outfitted with a stock such as this one. Even Leica once made camera rifle prototypes that looked remarkably like firearms, fetching thousands at auction.

Of course, such a setup is likely to raise eyebrows with the general public, and usage is not recommended in public spaces. Have you ever had experience using a stock alongside your camera? How did it compare?

Posted In:
Hacks
via:
PetaPixel
46 Comments

hahhaaha I love this so much

These are available for some time. Google DSLR gun stock or something. Some very weird an 'Asking for trouble' contraptions out there ;)

Zenit Photosniper is one I remember laughing at years ago.

I don't understand how we have gotten to the point that a camera with a shoulder stock looks threatening. Where I live, every single LEO would instantly recognize this as a camera. I have a similar setup that I took onto an air force base to make some airshow photos. It easily passed the security checkpoint. They were very rightly more concerned about backpacks. Non-descript backpacks are actually far more threatening than this.

Totally with you. No idea what a LEO is though. Paranoia is what it is. Looks like a gun, must be a gun, oh, someone is going to shoot us but their backpack only has sandwiches in it. Funny old times we're in.

It probably depends on where you live. In some areas such a device wouldn't even get a second look. In others, it would likely be considered "triggering."

And, I can just imagine the reaction from a Presidential security detail if someone in the press pool threw this up to their shoulder ...

"Where I live, every single LEO would instantly recognize this as a camera."
You don't read the news much, do you? LEOs have often mistaken cameras, cellphones, toys, and even nothing at all as a firearm, and shot innocent civilians as a result. Ever heard the term "wrongful death lawsuit"?

I concede that I am at most half as literate as yourself and far less valuable to the human race. Thank you for allowing me and people who think like me to exist.

I'll give up the sarcastic reply I was contemplating and just admit that I don't know, either, how we got to the point that a camera with a shoulder stock looks threatening. But, the fact is that to many people, including armed police officers with quick trigger fingers and large magazines, it does. You're lucky to have discerning and disciplined LEOs with good eyesight in your area. Many others are not so lucky.

Here is a hypothesis. In my area we generally have an armed citizenry. From county to county I would estimate that half to two thirds of the people have a firearm on their person or in their vehicle. So a LEO that sees a person with a camera rig like this may assume there is a fair possibility that they ALSO have an actual firearm. I have been asked about guns, and asked to see my guns by local police. So, my hypothesis is that where there are so many present, the police and citizens are actually more relaxed about it. They only apply armed force where most reasonable people would presume it necessary. They places that you cite where police or others accidentally or enthusiastically shoot people are those where firearms are particularly stigmatized. It could be that articles like this one present more harm than good in that they feed the fears of those who have not been around guns or perhaps get all of their information about them from the news. If one (not you necessarily) doesn't personally shoot then I think it is a good thing to get to know some people who do. The overwhelming majority of police and citizens are quite sane and reasonable about these sorts of things.

Yeah, well, don't try carrying one of these in New York City.

I've always thought the idea of a camera the feel like and operates like a gun could be a great alternative to trophy hunting. You get the look/feel/experience of hunting with a rifle and even get to take home a trophy (photo) but without any need to actually kill what you are hunting. Could even add in software that could simulate firing and provide feedback on if you landed what would have been a killing blow had it been a real gun.

Except you don't get a delicious turkey sandwich that way.

Which is why I specified "trophy hunters", I have no issues with those who hunt for food. Personally, I take issues with people who slaughter an animal merely to hang its head on their wall.

Cool, but full disclosure, I eat turkeys and deer and hang the non edible parts on the wall.

Yeah, that is fine. :) But there are a ton of hunters who will shoot a bear or a lion, chop the head off, then leave the corpse behind.

Side note: You hang the non-edible parts of turkeys on your wall? ;)

The sandwiches were removed before mounting. :-) 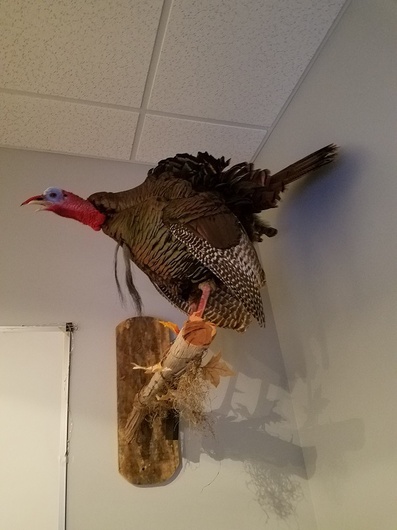 Could get one of those from Spiratone back in the 70s.

You are right, and that is very wrong (and disturbing). I think things are changing though, however slowly. I see more and more persons of different ethnicities enjoying shooting sports and hunting and by the accounts the people I have interacted with, they are not being harassed for it.

mmm hmm.... I do HFT shooting and get all kinds of looks whenever I purchase pellets...forget about walking out of my condo lobby with the case.

I am sorry to hear that and I hope that it is not always that way for you.

I wonder if he got that idea from the awesome 90's show Northern Exposure? I first saw that with Holling Vincoeur on the show...not very practical, imo, and better than bullets... 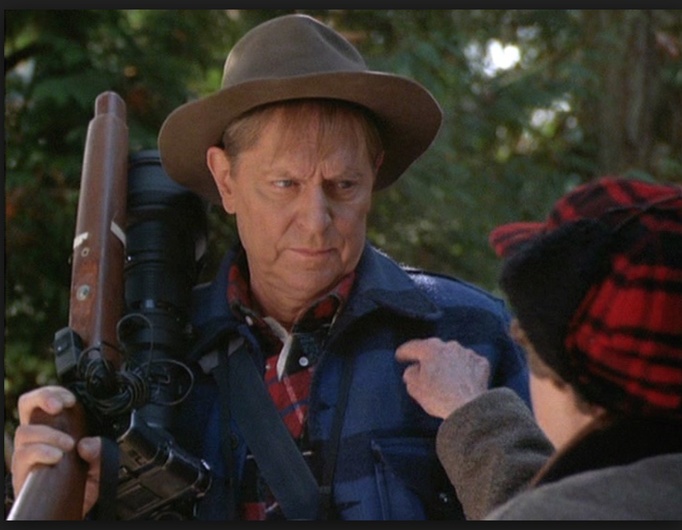 I think this shouldn't have to be said, but there's a pretty obvious disclaimer (at least here in the USA) that you probably shouldn't walk around with anything like this—particularly in a metropolitan area—unless you're ok with either being repeatedly harassed or accidentally shot...

It is really not that similar to a gun at all.