Fujifilm has had to distribute a warning to its customers after learning counterfeit rolls of its 35mm film have been distributed. The fake rolls are illegally using Fujifilm's logo, and could potentially ruin other customers film rolls if developed in a lab.

Posting on their Japanese blog yesterday in an entry titled “35mm film non-genuine goods illegally using FUJIFILM logo,” the company revealed the fraudulent rolls were discovered after a customer brought some to a photo lab in the country. Upon inspection, the fake was impersonating a roll of Fujifilm 250D ISO 200 Color Negative Film.

Fujifilm says that the 35mm roll actually contained movie film. That being, film that can’t actually be developed with standard color negative film processes. There’s also the concern that it could ruin other customers film rolls if they’re being developed at the same lab.

A translation of part of their statement reads:

Please note that these products are packed with movie film inside the used 35mm canister and cannot be developed with the normal color negative film development process (CN-16, C-41). If the photo shop develops, it may contaminate the developer and it may be necessary to change the solution and to clean the rack of the developing machine, which may lead to development failure of other customers’ films. In order to avoid these risks, the shop will refuse the development of non-genuine products. 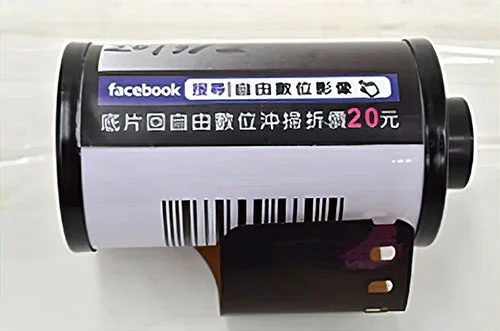 Since the initial discovery, Fujifilm have discovered further fake canisters, labeled as if containing 64D, 250T, and 500T films.

Fujifilm is making it clear that the company bear no responsibility for any ruined photos and issues caused by counterfeit films, and that it has taken the necessary steps in warning photo labs to look out for the problematic rolls.

Posted In:
News
via:
PetaPixel, Fujifilm

Gear
Is Fuji About to Release the X-T4 and Two Other New Cameras?

Film Photography
Is Fujifilm Acros II Worth the Extra Cost?

I've seen plenty of labs mindlessly process E-6 film in their C-41 developer and at least one rather recent case of a lab putting Kodak Vision 3 in their machine. Sometimes people are just doing their job mindlessly on autopilot and don't inspect the canisters.

I don't know anything about film, the goddamn millennial that I am, so I googled what the difference between camera and movie film is and got this off a forum -

The negative for motion picture films have negative perforation (BH - perforation step is 4.740 mm) and film positives and all the 35 mm camera films have positive perforation (KS - perforation step is 4.750 mm). Although the film negatives are they up to 0.01 mm perforation below the photo films, they can be used in ordinary cameras.
In terms of sensitometric characteristics of film (lower contrast ~ 0.55 - 0.60), by augmentation of controlled parameters (developer) to obtain a contrast comparable to that of photo film (γ ~ 0.65 - 0.70).
The negative for motion picture films are made to have a lower contrast because they are copied on positive b&w - for projection. Photo negatives are made for make the positive on paper - reflecting.

Figured I'd save someone else the Google trouble lol. Had to wade through 40 pages comparing film to digital.

Amazing what people will do to make a buck. Photo film is not something I would think be worth the effort.

Particularly since you could just intentionally make it cheaper and worse, like running it through the gut of a civet cat for example, and lomographers would actually pay more for it.