Researchers have managed to create a new AI technology which possesses the capability to bring a human subject within a photograph “alive.” The tech, which looks like something from a futuristic sci-fi movie, is able to make lift a person from the photo, and have them walk, run, sit, and even jump forward out of the photo in 3D.

Details of the development feature within a paper about the new AI, which comes from scientists at the University of Washington and Facebook. Entitled “Photo Wake-Up: 3D Character Animation from a Single Photo,” it details the advancements involved in bringing such technological capabilities to fruition.

The AI can read a photo in order to detect any human subjects featured. From there, it “turns the person’s silhouette into an animatable mesh after identifying and labeling the various body parts.” Now for the fascinating part: the AI is able to guess a weight of the subject, from which it can gauge how the subject would move and navigate in a 3D space. Of course, it also manages to fill the "hole" left in the background of the photo, caused by the ‘removal’ of the subject.  The process is similar to the Content-Aware Fill tool in Photoshop.

The big challenge here is that the input is only from a single camera position, so part of the person is invisible. Our work combines technical advancement on an open problem in the field with artistic creative visualization.

While the tech isn’t of particularly high quality of that, its researchers are keen to note this is a huge breakthrough – and it’s also just the beginning for what this kind of AI can potentially do in future.

Posted In:
News
via:
University of Washington, PetaPixel
3 Comments 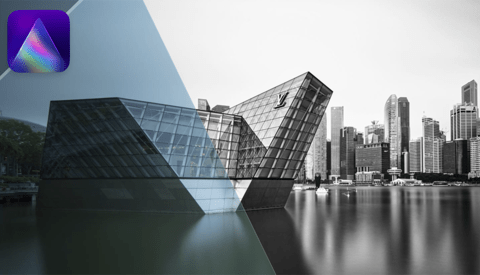 It's pretty cool, though with the realism of an 80's video game. Interestingly, the Picasso appeared the most fluid and realistic. With time and improved modeling, it will undoubtedly become more realistic.

AI has dangerous potential, one of which humans will be rivaled by robots. the smarter a robot is, the more it helps humans in solving a problem. according to professor Moshe Vardi of Rice University, robots will take over human work in the next 30 years. unemployment will increase by 50%. we also have articles about AI, please visit the website http://news.unair.ac.id/en/2019/06/19/unair-activist-create-splitter-dig...