Press Freedom Feared as Photographer Is Arrested Doing His Job

A seasoned press photographer has been arrested and had his memory card seized after he took photos of protesters at a controversial former military barrack.

Freelance photographer Andy Aitchison, 46, documented a protest outside Napier Barracks in Folkestone in the United Kingdom. This demonstration was regarding concerns about poor living conditions for the close to 400 asylum seekers who are currently housed there. So far, it has been reported that more than 100 cases of coronavirus have been detected on the camp in the last two weeks.

Protesters held signs in front of the military barracks reading: "There will be blood on your hands" and demanding that the place was closed down. Buckets of fake blood were also thrown at the gates of the camp to illustrate their message.

Activists throw fake blood at Napier Barracks to highlight human rights violations, A message to government to Close Napier camp or​ ​there will be blood on your hands over the failures in handling the inevitable Covid-19 outbreak onsite. #solidaritywithnapier pic.twitter.com/KjELJ8oaLn

Several hours after some of the images from the day had already been published, five police officers came to the photographer's house to arrest him. While there, his mobile phone and the memory card from his camera were seized. Aitchison was arrested in front of his children under suspicion of criminal damage of a dwelling. The photographer, who had never been arrested before, was held in a police cell for over five hours before being released on bail. The restrictive bail conditions mean Aitchison is not allowed to return to the barracks until February, when his case has concluded.

After his release, Aitchison spoke to the Independent newspaper in the UK about how he was treated.

Yesterday I was arrested for doing my job - being a documentary photographer. This feels like a worrying time for the freedom of press. https://t.co/OKk8Bzt6Km

He told the publication that he was shocked by his arrest, adding: “It’s such a bizarre thing, getting arrested for the work I do. I’ve never had anything like this before, and I’ve photographed many, many a protest." Comment was also made by The National Union of Journalists who said it was “extremely concerned” by the arrest. Adding: “Andrew was present solely as a journalist and took no part in the protest”.

Having a criminal record can be problematic for photographers who travel around the world for work. In Aitchison's case, it could impact his career greatly, as he often documents those in the prison sector, something which would be much more difficult to do with a criminal record. The actions of the police in this instance set a worrying precedent and powerful deterrent to photographers who just want to document events. What's also concerning is that as recently as 2019, the UK was a key country in the Global Media Freedom Coalition. This partnership advocates for media freedom and holds to account those who harm journalists from doing their job. Let's hope this authoritative body looks into this case for the sake of press freedom everywhere.

Posted In:
News
via:
The Independent
12 Comments 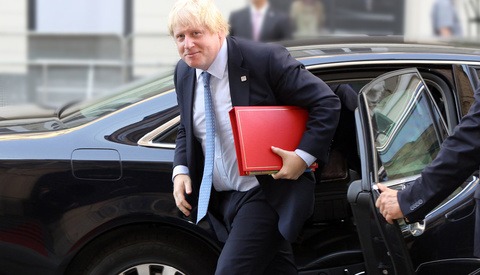 / October 17, 2020
Could You Make Boris Johnson Look Good for $75k per Year? The U.K. Government Is Looking for a Photographer 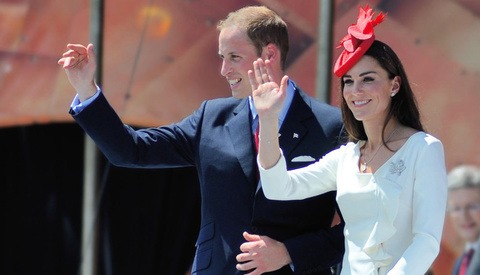 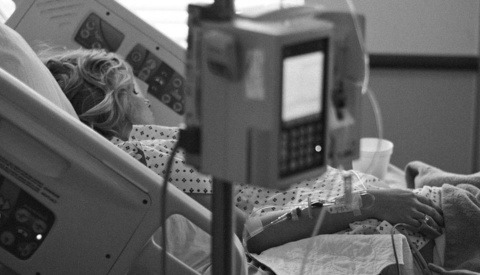 Opinion / March 13, 2019
Photographing Death: How Capturing the End of Life Has Changed

This is shocking. Would expect this from a dictator led country but not the uk. Freedom of speech is everything.

It is worrying you're right Robert. Will keep readers updated on any developments...

Photography is usually prohibited at MOD and some ex-MOD sites. Whilst on the face of it him getting arrested is 'bad', realistically he could be in breach of the Official Secrets Act or some other law. It really comes down to what's said on the fence. The other factor this is a quarantine zone now for all intents and that means no-one is allowed into that area without due cause.

We'll find out more when it comes to court but criminal damage is a catch all but it can easily mean damaging property to gain access or incitement to cause damage. It was also used last year when a BLM protester was trying to burn the flag and the photographer was arrested under the same law. Since this is a now a live case then reporting is heavily restricted and publications have to be careful what they report until it's concluded.

Some very valid points there Daris. Thanks for taking the time to write the comment.

I'd just like to point out that it has been reported that Mr. Aitchison lives just a few miles from the camp and has documented at the location many times before. He's been in the industry for 26 years and never been arrested for doing his job until now. Prior to his arrest at the aforementioned protest he was at the same camp in early January photographing asylum seekers.

On that occasion, he wasn't arrested for "breach of the Official Secrets Act".

Like you say, more details will come out surrounding the chargers, but I wanted to add some more detail for you and others who may read this.

Well if images were taken while on public property I'm sure there are laws in the UK allowing that as it was a public protest as well. I'm no UK law expert so it would be interesting to hear more details.

Im no expert on UK law either. What I would say the pictures taken and the protest itself happened in front of the gates to the camp. (Which I’m lead to be believed is not even a military camp anymore).

Which makes you think the event took place on public a public road/footpath.

Will report back when I hear any more...

Sounds like what's going on in Australia right now. Reporters are getting arrested randomly on the street.

Oh really? I hadn’t heard of any similar stories happening in Australia. Unfortunately, this isn’t the first story I have covered about photographers getting arrested and I doubt it will be the last. Just hope these photographers know their rights and have the proper representation.

Seizing phones and memory cards etc is worrying too...

The problem seems to be with conservative reporters being targeted by the police even though they have government-issued press IDs. There are a few cases about this in the Austrailian supreme court right now.

jI was involved in arresting a seasoned videographer some years ago. He was standing on someone's car giving protesters instructions. He explained they wouldn't get on TV by just calling the police names and breaking a few windows. They had to throw rocks and bottles at the police. I suspect that the videographer, as in this article, might have left out a few details. So, I'll reserve judgement on the threat to the free press.

True. And the government has made every single exception and amazingly it all moves in one direction.