Sony Has Overtaken Nikon for the Number Two Spot Worldwide

Sony's results for the 2018 fiscal year recently came out, and among a lot of insightful data on the inner workings of their imaging business is one particularly important detail: the company has now overtaken Nikon for the number two spot worldwide.

The news came in the 2018 fiscal year report, which shows that Sony held 19% of the 1,400 billion yen interchangeable lens camera market in the 2017 fiscal year by revenue (unsurprisingly, they were first in mirrorless), which was good enough for third place globally. In the 2018 fiscal year, that share increased to 23% of a 1,300 billion yen ILC market, vaulting the company ahead of Nikon for second overall by revenue globally. They also maintained their overall lead in mirrorless cameras. As you might have noticed, the overall market for interchangeable lens camera shrunk by about 7%, a figure that while sad, is not particularly surprising. Similarly, the global video camera market shrunk from 390 billion yen to 300 billion yen, while Sony maintained their 29% share of revenue from the previous fiscal year. Despite the shrinking size of the global market, it's good to see Sony making additional progress, as it'll surely keep the pressure on other manufacturers to keep innovating.

They will overtake #1 Canon because Canon can’t produce what their customers want !!

I would rephrase that to "won't produce".

I sometimes drift between can't and won't.

Can't
Their sensors aren't the best anymore and their processing chips seem to be lacking processing power. Even the Sony a6400's aps-c sensor outperforms the Canon ff RP's sensor.
I rather doubt they have anything better in the pipeline.

Won't
Their dual pixel tech is really good but they make weird choices. They handicap 4k by giving it a huge crop or not giving dual pixel af. It is because they are afraid of canibilising their cameras or because their chips don't have the power to process these thing.

I am not sure.
Look at the R and RP: high end expensive lenses but bodies that are really lacklustre.
I just don't get it.
On the other hand, they have got an excellent lens selection. But, the number of different mounts is again weird.

Nope .. Canon can’t because they bought all those cheap 90’s 0.5 micron older tech wafer fabs to produce their own sensors. Apparently some can not remember well.
Will is not financially feasible in their Business Plan. Sony has state of art Semiconductor Fabs.
LOL ..
Sorry Folks but Semiconductor Engineering Mgr speaking here.

I think you're unaware that Canon build these fabs with resolutions in the nanometers.

Maybee but Canon s problem is the that a current state of art wafer fab is a $ 5 Billion re investment and will take 6 - 12 months to refurbish.
Technical inferior chips is the downside of their early fab purchase.

That could be one of the issues of trying to cram too much tech into mini-bodies. But I may be wrong here but Sony concentrates on its camera lines and sensor production for mass market devices ie the lowest market. Canon (and Nikon) produce (and research) for the highest end markets. What we fail to realise is that nearly all C/N consumer products are filtered down from vastly superior tech and not just "fixing" for want of a better word the inadequacies of consumer level low level devices such as cameras.

Lets go mid-level here for a moment and take a look at the TV cameras used at the last Winter Olympics. Even a fraction of that tech and lens capability in a consumer level device would blow any current camera out of the water. But are we getting it? Nope!

But yes, bringing all that into small devices with outdated fabs may not be viable in the longer run. But when I said earlier "won't" means that the tech is there, the means or will to implement may not. But who knows. CanNikon don't talk much to hype up the market like a certain competitor. Not even other manufacturers in this group!

Just read what I wrote and learn or ask another Semiconductor professional... Canon Fabs are dated compared to Sony.
Photographers often speak without engineering knowledge .. you can tell by the foam coming out of their mouth.

The Space Station has been up there for donkey years and the fabs at the time were not cutting edge as they are now. It is also a huge monster of a machine so it does not really matter. If it works it works.

The efficiency of electronics is a complex subject. How best to implement is why we need to rely on people like you. Unfortunately these are top down decisions that are made somewhere way up along the chain of command.

Those who speak with out facts .. must be a Canon Gear Head .. LMAO ..

You make some valid points, but insulting others and making the assumption that because you are an expert in one small but important area of the larger issue means you have the only viable opinion on this situation is unrealistic at best.

Unsurprising and well deserved. I still prefer my Z7 to the A7RIII, though. :)

If I would dive into FF the Nikon Z6 will be the first choice, second Panasonic S1. But I do understand why Sony is now #2 FF worldwide. Marketing, big native lens lineup and fanatic followers. 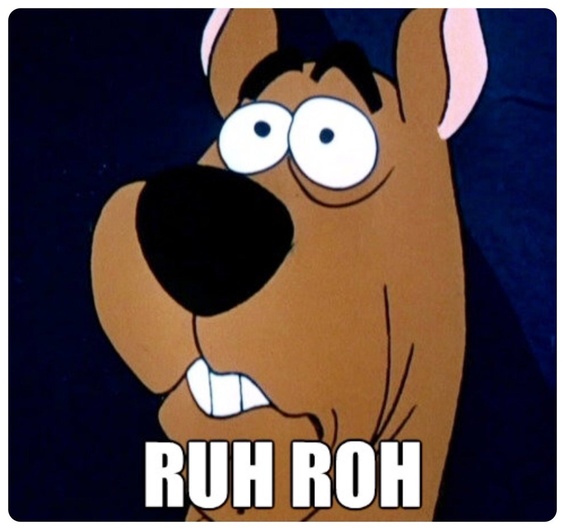 I think the a7III helped a lot in making this happen. I probably would have bought that over the a7Riii if it was an option at the time. 2017/18 were also good years for expanding the mirrorless lens lineup for pros. The a7 came out in 2013 and It wasn't until 2016 that much needed lenses were released. The 24mm, 135mm and 400mm are just icing on the cake now. Although I will admit it's still expensive on the Sony front. But if people are buying into it, sans ergonomics and all, then I think it's more about what the competition is doing, or lack thereof. In the end though, give me good glass and I'll shoot whatever. I'm pretty sure Nikon and Canon will catch up. That 28-70 f2 from Canon is one nice lens though.

They produce some really good stuff on the FF front but on the aps-c front, things are going slow.

Sony, they make TVs, don't they?

Seems like a hollow argument. (Unless you were genuinely asking if they make TVs, to which the answer is yes.) Sony makes sensors for Nikon by the way.....

Love it when a Sony nerve is touched. :D

Bravo for you. You made a nonsensical comment and someone reacted. Really mature.

Once upon a time, people weren't so uptight, sarcasm was understood and a little humour hurt nobody.
Alas, those days seem far away. Oh well.

I had taken it seriously...my bad. Now that I get it, I can't stop laughing. Bravo for your creativity!

I'm all Sony for my AV kit. Love it!
Camera though? Sorry, saw me in half and you'll see the letter 'N' running though me like a stick of Blackpool Rock*

*
Confectionery
Description: Rock is a type of hard stick-shaped boiled sugar confectionery most usually flavoured with peppermint or spearmint. It is commonly sold at tourist resorts in the United Kingdom and Ireland

Sony deserves to eventually be #1 and will soon be there. Each release builds upon the previous. They listen to their customers. They desire to be #1. The consumer benefits.