Is Canon Planning an Even Cheaper Full Frame Mirrorless Camera?

If you were impressed by Canon’s ability to keep the price so low on the EOS RP, you might be a little shocked to hear that the manufacturer might be planning a full frame mirrorless camera that’s even more affordable. Just how much cheaper can a camera get, and what features can be ditched to keep the price down?

After a week of speculation as to whether Canon will bring an end to the M series of cameras and potentially introduce an RF-mount APS-C camera, another rumor has emerged suggesting that a bargain-basement R series camera might be less than a year away. Canon Rumors reports that Canon might be releasing a new entry-level camera in the first six months of 2021, and while the RP launched with a price tag of $1,299 back in March 2019, this new camera will cost less than a grand.

If true, this could be seen to scupper the idea that Canon has plans for an APS-C R-series camera, though I’d argue that were Canon to make a crop-sensor R7, it will be primarily to cater to the wildlife and sports crowd who were waiting patiently for a successor to the 7D Mark II — not the budget-friendly, entry-level option that many were expecting.

Will the Canon EOS R7 feature an APS-C sensor? Or even an APS-H sensor? (Probably not.)

However, this does then make an APS-C strand somewhat restricted, and I briefly pondered whether Canon should resurrect the APS-H format (and yes, this is a daft suggestion), a sensor size that, almost 20 years ago, was larger than APS-C but not quite full-frame — the latter being yet to come to market. Sensors were ludicrously expensive in the early 2000s, and the smaller format saved on cost and allowed speed (my beloved 8.2-megapixel 1D Mark II shot at a massive 8.5 frames per second) and gave less of a crop than the APS-C format that Canon was already using in the mid-range XXD series of cameras and went on to use in the entry-level XXXD line a year or two later.

With sensor prices having dropped so dramatically, such savings are no longer required to the same degree, making Canon’s RP and Nikon’s Z 5 possible — not to mention Sony’s slated introduction of what looks to be the a7C, a compact full frame camera that might squeeze many of the specifications of the a7 III into a body that’s closer in size to an a6500. It seems that when it comes to sensor size, the cost is no longer a significant issue for manufacturers when compared to improved data speeds and less heat when shooting video.

With the RP already bargain basement, you then have to wonder what Canon can ditch in order to drop prices further. Perhaps most obvious is the EVF. The Sigma fp was the first to take this bold step in a full frame body, though the cost and space-saving were intended to give it modularity rather than entry-level affordability, without compromising on video performance. Rumors about an EVF-free Nikon have been simmering for some time, and the mooted Z 30 might finally deliver on those rumblings in November. We had the same guessing game with the Z 50, with supposed leaks of computer-generated models showing EVF-less bodies, with 2.36 million dots later proving these rumors unfounded.

My suspicion is that, despite so many cameras now being wielded at arm’s length, a cheap EVF is still more of a draw than no EVF when it comes to buying a full-frame camera, and for many, a shade over 2 million dots is perfectly adequate, assuming you haven’t already spent a lot of time staring through an EVF with 5 million dots.

That said, Canon is suddenly a company that isn’t afraid of making brave moves, such as high-end video specs that may or may not set fire to your hands before going for an extended nap, and super-telephoto f/11 primes that, while amazing, are extremely niche products. Ditch the EVF, steal the sensor from the RP, dump IBIS, borrow a DIGIC 9, try not to lose too much autofocus performance along the way, and make sure that the screen flips out.

Could this be a winner? Is this the EOS RB, with the B standing "Bargain"? Let me know your thoughts in the comments below. 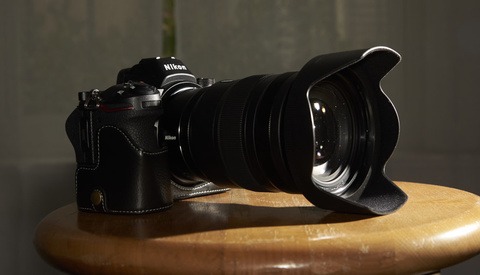 It ain't going to be cheaper than the RP. And a camera is way more than only a sensor. It would be nice if sites like this can understand that.

I dont usually read articles with typos in the 1st word. It was surprisingly well written for something with a nonsensical title

An hybrid camera like panasonic s5 would be more helpfull for a lot of us than a cheaper photo-oriented one. We have the rebel line already for that, tks Canon.

When I bought my first camera I met a Pro Photographer in the store looking at lighting. Her work was fabulous. When I asked her opinion on selecting a camera she said, "No matter what specifications they tell you if it doesn't feel good in your hands, don't buy it".

Sensor in a cardboard box :-)

Cheaper sensor means that the bottom end are FF+ and middle class sensors are MF. Some like Canons over saturated pics with lack of detail. I don't.

I would just like it if someone would bring out a full frame camera with the video specs stripped out. Manual, aperture and shutter priority, low noise, great autofocus, dynamic range and colour profile etc. Heck, I’d probably buy two. I begrudge paying for video specs when I never use it.