There isn’t exactly a wealth of affordable options when it comes to 24mm prime lenses for Sony full-frame cameras, so Tamron’s new lens is a welcome addition to the line-up, though it does have its idiosyncrasies.

Following on from the success of its two affordable Sony mount zooms made with some smart compromises (the 17-28mm f/2.8 and 28-75mm f/2.8), Tamron has launched a batch of f/2.8 primes. Prior to their release, fans were excited at the prospect of relatively quick glass that was compact and reasonably priced, so when Tamron announced this selection of f/2.8 lenses, there was a degree of disappointment.

In Tamron’s defense, with the 24mm f/2.8 Di III OSD M 1:2, it has released something relatively unique at this focal length. With one notable exception, all of the other options start at more than double the price, albeit with much wider maximum apertures, so if you’re looking for a compact, lightweight, low-cost 24mm prime that’s not going to get anyone excited, the Tamron may be a smart choice. 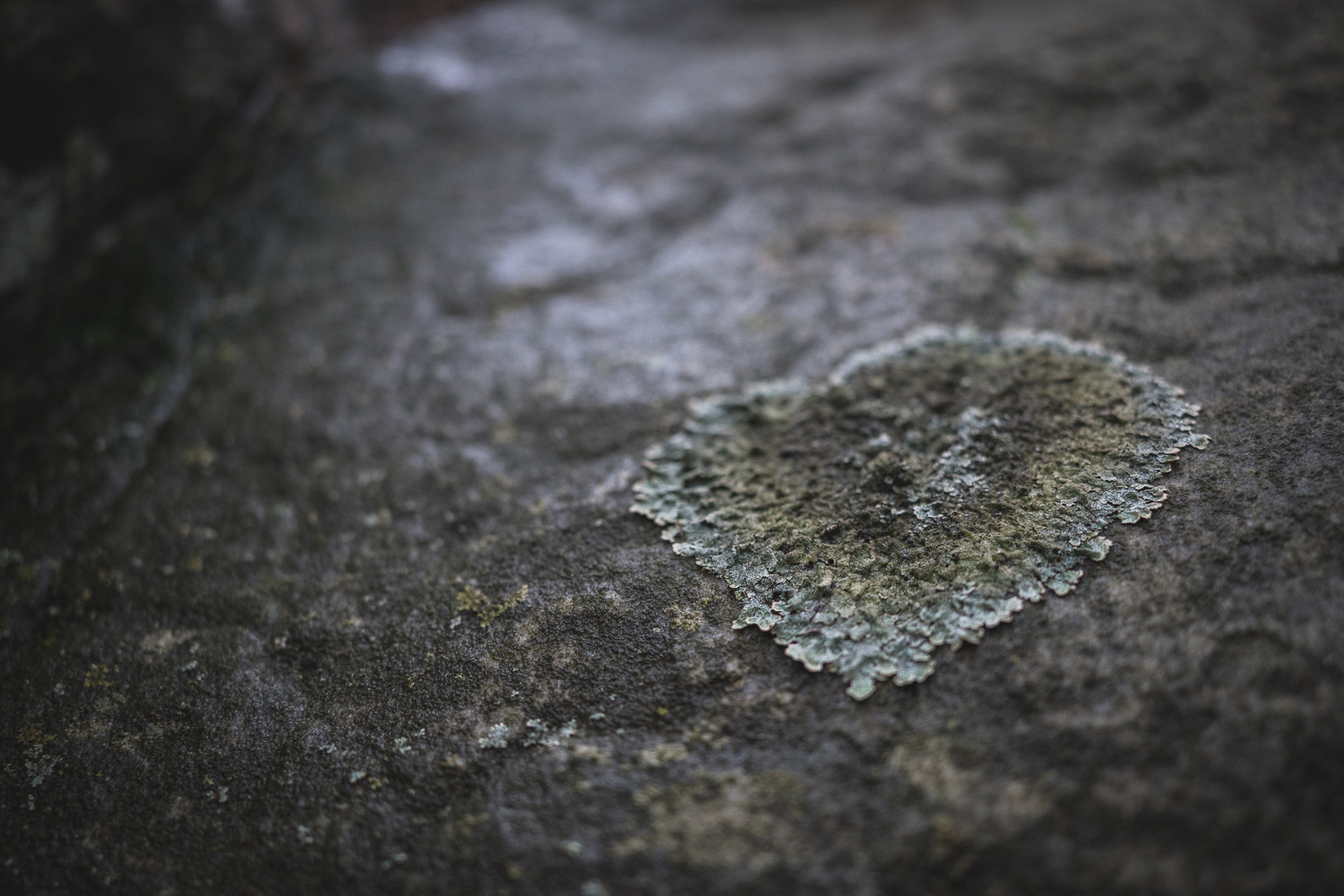 Check out the specifications:

The direct competitor to the Tamron 24mm f/2.8 is the Samyang/Rokinon AF 24mm f/2.8, which was released last year. As lightweight primes go, this is about as light and walk-around as this focal length gets, though in my experience, it did struggle for sharpness wide open. When I reviewed it, I had few complaints besides that this fun, compact lens was a little soft at times, especially given that it costs a mere $300 and weighs less than a bag of chips, but Tamron has just set a new precedent — albeit with a lens that is almost twice as heavy.

Putting that weight aside for a moment, the specification list now makes the Rokinon/Samyang feel slightly overpriced. The Tamron has 10 elements in 9 groups over Rokinon’s 7 elements in 7 groups, and Tamron has packed in weather-sealing. Since reviewing the Rokinon lenses, I’ve noticed their susceptibility to dust, though performance has not been compromised as yet.

Those extra elements are certainly put to good use. It's almost twice the weight — and it's still not exactly heavy — but Tamron’s new 24mm f/2.8 prime is ludicrously sharp for this price point, giving very pleasing results wide open and performing very well in the corners. Contrast holds up admirably when shooting into direct sunlight, flaring is almost nonexistent, and you have to hunt a little to find the chromatic aberration. Vignetting is minimal (ignore what you can see in my edits — I like a vignette. Shoot me.) Having had a month to play with both the 24mm and 35mm primes, I’d say that both are sharp, but the 24mm spectacularly so. 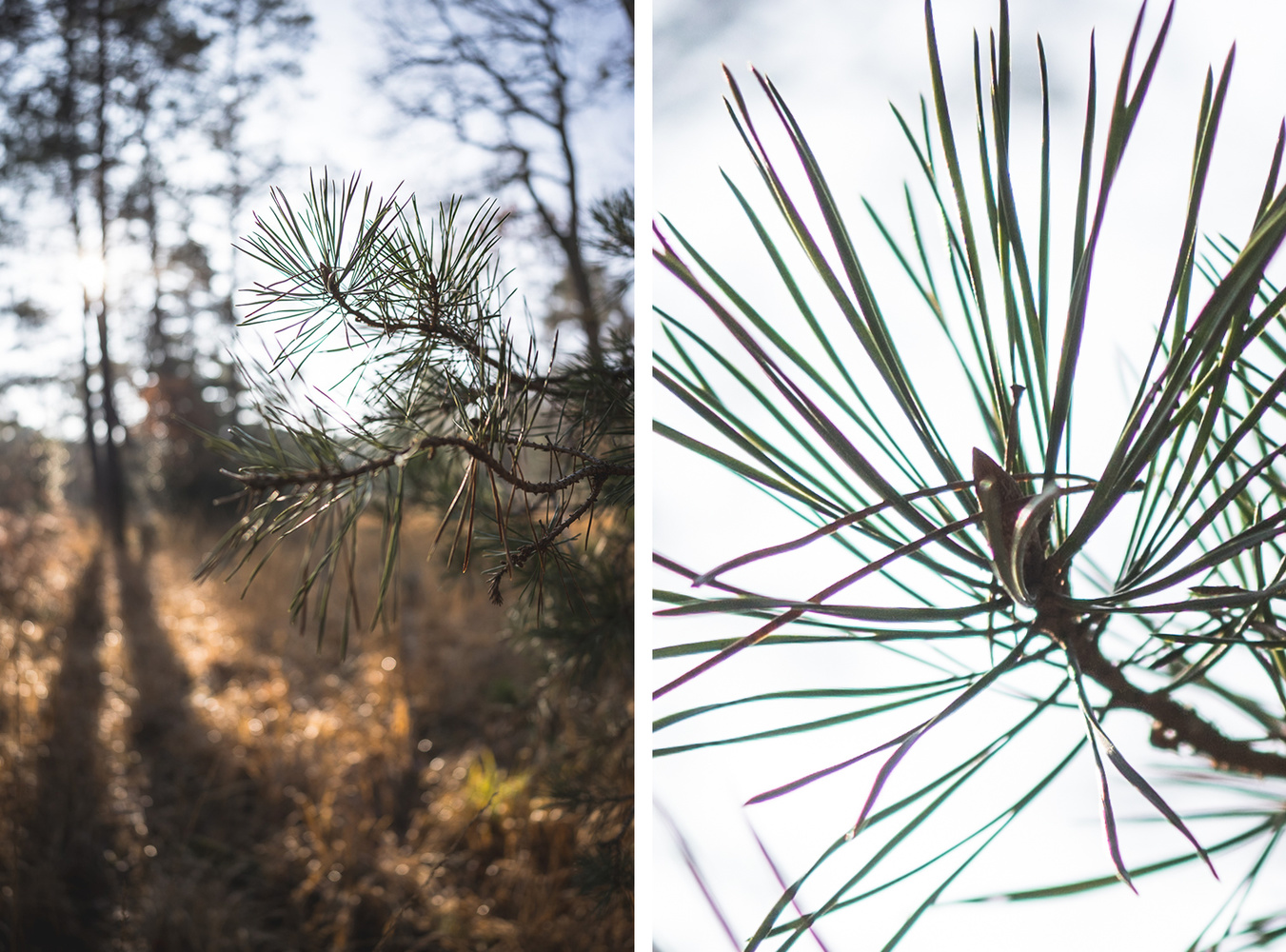 It's hard to say how close I was to these pine needles, but let's just say "ridiculously." At f/2.8, you can see the spherochromatic fringing (pink on the needles closest to the lens, green on those further away) but this is pixel-peeping and easily removed in post-production.

Going back to that list of specifications, one detail should jump out: the minimum focusing distance: 4.7” (11.94 cm) is ridiculous. Macro reproduction is 1:2, which means that you can get preposterously close to your subject and create a very enjoyable amount of differential focus for such a dull maximum aperture. 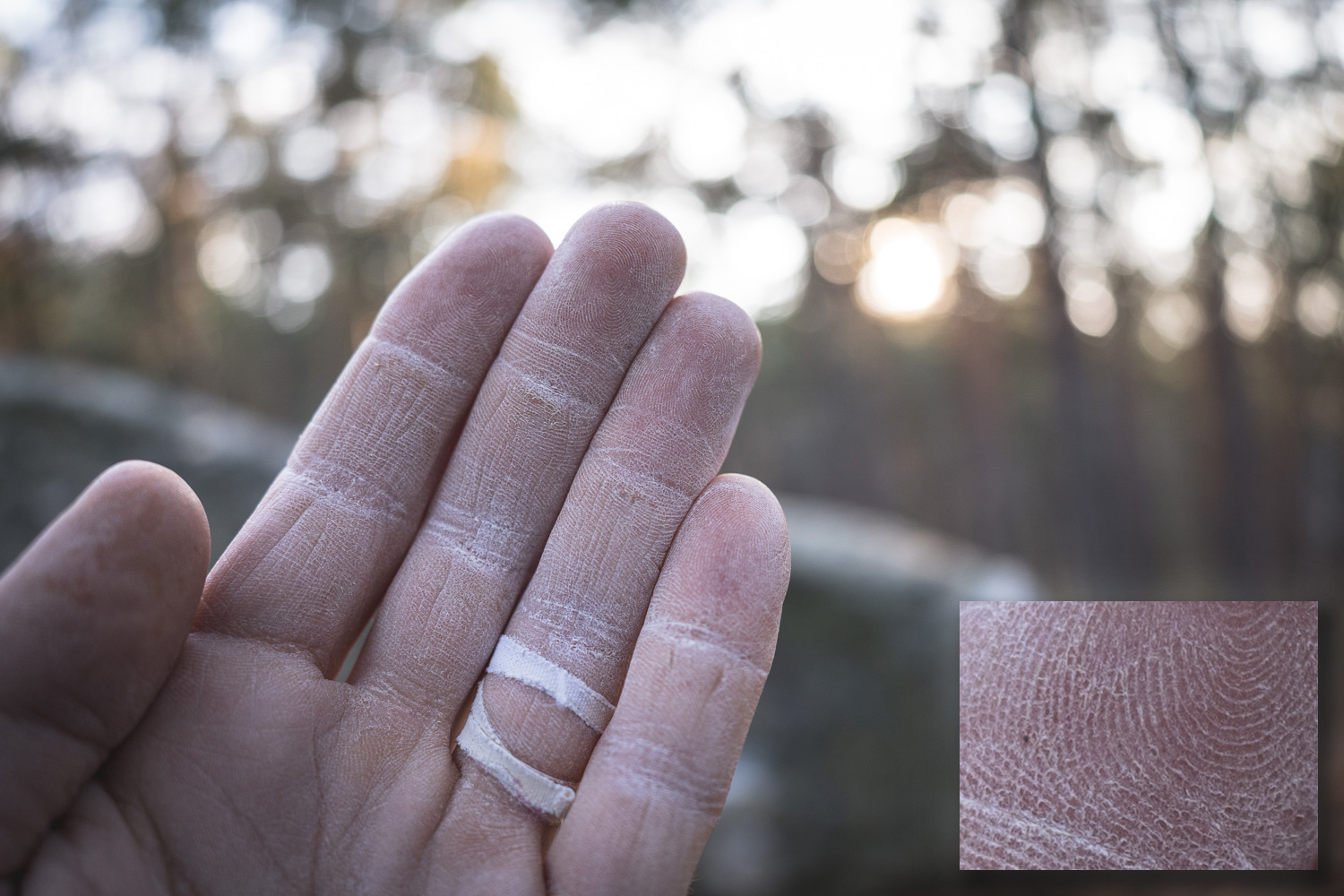 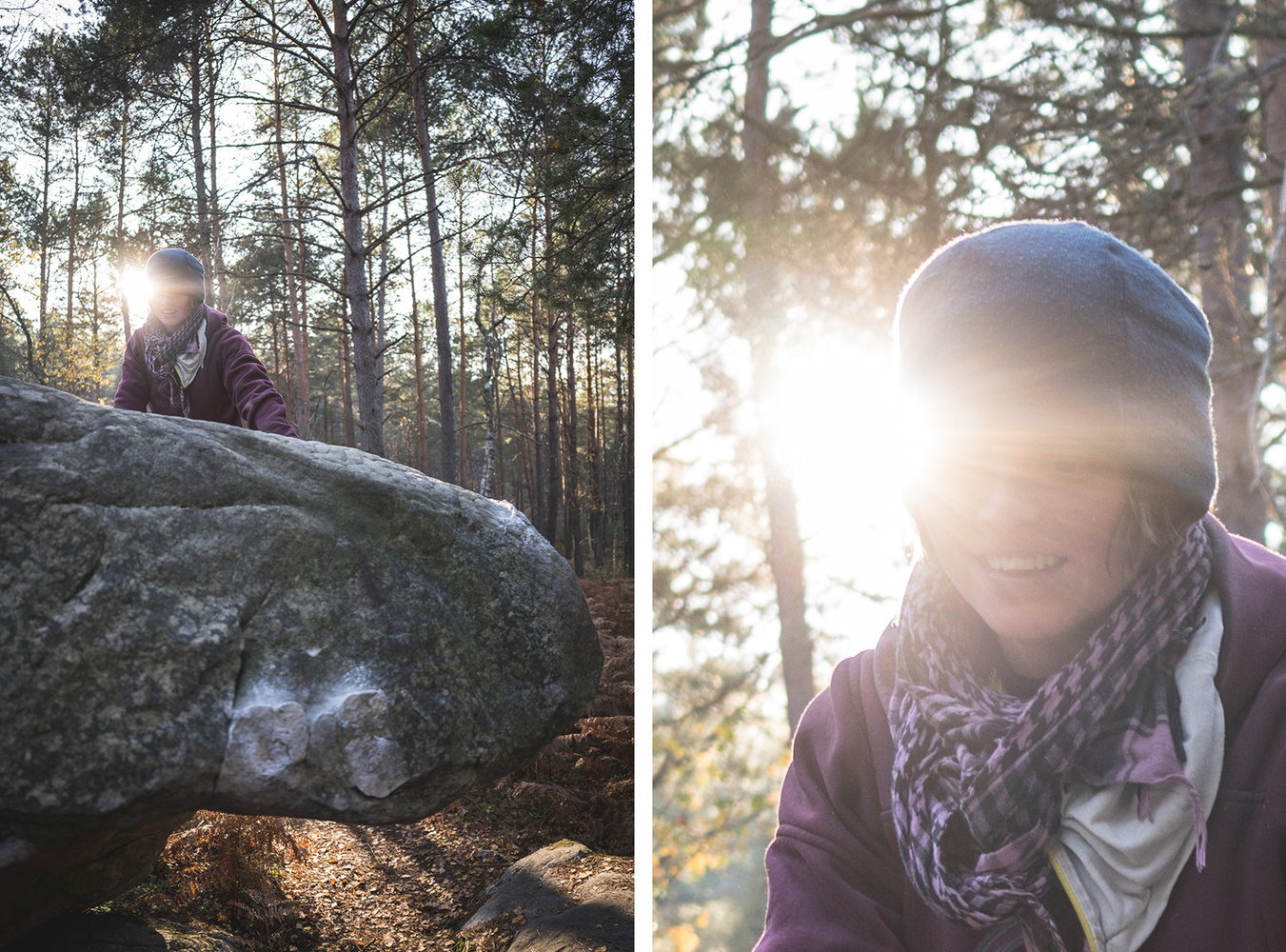 I had a month to play with the Tamron 24mm f/2.8, and it proved to be good fun, albeit with one caveat: autofocus is noticeably sluggish and somewhat noisy. Tamron has established a reputation for making intelligent choices when it comes to compromising in order to keep the price of a lens down. With its popular zooms, it chose to tweak conventional focal lengths to allow it to create smaller lenses. By contrast, with the primes, rather than direct compromises, it has opted for macro performance and a dramatic change to the autofocus.

A few basic autofocus tests with the Tamron, comparing it initially with the Samyang AF 35mm f/2.8.

As mentioned in my review of Tamron’s 35mm f/2.8, the 24mm uses an OSD (Optimized Silent Drive) motor in contrast to the RXD (Rapid eXtra-silent Drive) motor found in the zooms. For macro capabilities, the focusing needs to be markedly more precise, hence the change of motor. However, this required level of accuracy brings with it slow, clicky autofocus.

The Rokinon/Samyang 24mm made for an affordable vlogging lens for anyone who wanted something small, affordable, and wide that sits nicely on a small desk. By contrast, with such noisy autofocus, the Tamron is definitely not a good option.

When it comes to photography, whether this is a deal-breaker probably depends on how you want to use the lens. If you’re photographing nearby subjects with unpredictable movement, you might find yourself frustrated with the Tamron. If you’re after a small, affordable, and otherwise boring prime that has some funky macro capabilities, the Tamron will be perfect.

From Broad Appeal to the Super Niche

Possibly what’s most surprising about these latest lenses from Tamron is the breadth of their appeal. The zooms have proven wonderfully popular, because inspired compromises regarding focal length made them appealing while keeping down the price. By contrast, the primes are far more niche and underwhelming, though still very well made and fun to use.

If you’re looking for a relatively slow 24mm prime lens — and I’m not sure many people are — the dream would be a hybrid of these efforts from Tamron and Rokinon/Samyang. If you took the sharpness and weather-sealing of the Tamron and combined it with the size, weight, and zippiness of the Samyang, you’d end up with something rather special.

In conclusion, as with the 35mm version, this has been an odd choice from Tamron, though these are definitely not bad lenses, and they’re reasonably priced. Unfortunately, f/2.8 primes have limited appeal, and swapping out autofocus speed for macro performance makes it somewhat niche. If it's for you, you can get yours here.

I guess you didn't see that clickbait of people's fingerprints being lifted by doing peace-signs in selfies then...

The Samyang 24mm f/2.8 is one of my favorite and most used lenses. I checked out the specs on the Tamron when it was announced and I don't understand the appeal of a slightly optically superior lens that's still only f2.8 while being nearly as unwieldy as the 24mm GM which is not only f/1.4, but has amazing optics and a superior native linear drive focus system.

The Samyang wins a spot in my bag because it's light and tiny. Even attached to my a73 it fits in a jacket pocket or camelback if i'm out mountain biking. The autofocus is great on the samyang, i don't notice a difference between any of my native sony lenses and the samyang.

IMO, if you're going to accept the size of the tamron just buy the 24mm GM and if you are willing to compromise to have a small, light lens you can't go wrong with the samyang. I don't see the rationale in splitting the middle and buying this tamron.