A few months from now, Donald J. Trump will be sworn in as the 45th President of the United States of America. Who saw that coming? A year ago almost nobody on the planet (whose last name wasn’t Trump) could have imagined it to be even a remote possibility. It goes to show, you can never assume anything, and if this historic event has taught us anything, it is that we are living in a brand new age where the old rules simply no longer apply. And that got me thinking, if all this is possible, what else could come true in these topsy-turvy times we are living in? And so, here are my five predictions of things which might have previously been thought ridiculous, but could now actually come true, if we only dare to dream?

Surely some of the most exciting areas of recent development within the photographic industry have been in the field of mirrorless camera technology. Manufacturers such as Fuji, Sony, and Olympus have been falling over themselves to release ever more capable mirrorless cameras, daring to think bigger (or should that be smaller?) than ever before. Thanks to mirrorless technology, new kids on the block such as GoPro and DJI have been able to create an entire genre around point-of-view and airborne action photography. Heck, even Leica, the elder statesman of the industry, has jumped firmly on the mirrorless bandwagon with a number of (ridiculously) expensive but seriously useable mirrorless camera (yes, Leica Q, I am looking at you here).

It seems the whole industry has gone mirrorless crazy. Except, apparently nobody got around to telling Nikon or Canon. Simply mention the word “mirrorless” in either of their boardrooms and you will provoke widespread looks of confusion and bewilderment. Sure, they have made the odd passing attempt at a mirrorless. The Nikon 1 camera series provided some attractive looking, but ultimately uninspiring cameras, small enough to slip into the pocket of any camera bag and promptly forget all about. And Canon’s recently released EOS M5 Mirrorless camera, whilst at least representing a serious attempt at mirrorless, includes a feature set so pedestrian only a really die-hard Canon fanboy could claim it to be in any way exciting.

But, as recent events have shown us, anything is now possible; even Nikon and Canon surprising us with a brand new mirrorless camera, exciting enough to give the others a run for their money.

I love Sony cameras. The Sony a7R II and a7S II camera are two of the most amazing cameras ever created (I use Fuji myself, but I can totally recognize the brilliance of the Sony range). The new Sony RX100 V fits so much cutting-edge technology into a camera small enough to lose in a pair of speedos, it seems to defy the laws of physics.

Their R&D team must be so jam-packed full of genius engineers they could probably build a space station on the moon if they weren’t building cameras. And yet, it seems not one of those genius engineers has ever noticed just how truly, unbelievably, woefully horrible the menu system on their cameras actually is? Solving the Rubik's Cube can be less frustrating than finding your way around the multi-layered submenus of a Sony camera.

Creating an intuitive user interface used to be seen as the primary goal of a good design team, but in Sony’s case they actively seem to going out of their way to create an ever more baffling menu system.

But all that can change, even Sony fixing their awful camera menus.

3. The Newspaper Industry Admits It Was Wrong and Rehires All Their Staff Photographers

Although advancement in technology has made photography more accessible than ever before, which I think we can all agree is generally a great thing, one less-than-great consequence is how many newspapers have laid off their entire team of staff photographers. They have been replaced by reporters with a smartphone, or in many cases by simply asking readers to send in their own photographs, under the guise of “citizen journalism.” Of course the quality of the photographs supplied are often questionable, to say the least, but they are also free, and in a world where profit trumps all (sorry, couldn’t resist at least one pun), free is the magic number which will perk up the interest of many newspaper owners.

Thankfully, we can now dream of a new reality, where the newspaper industry realizes the error of its way, and rehires all those photographers they previously let go.

Seriously why, in 2016, are we still juggling different batteries for different cameras, each with a different charger? It’s crazy. Even different cameras from the same manufacturer will often not feature batteries which can be used in both. It is hard to believe we have managed to invent the selfie-stick but haven't yet managed to create a universal camera battery. If you are anything like me, you too will have a box full of old, unused chargers, taking up space somewhere in your studio.

Aside from the issues of convenience which would come with having universal batteries, the benefit to the environment of doing away with all these different chargers, made up of all sorts of harmful materials, shouldn’t be underestimated. Of course, proprietary battery systems provide a useful additional income stream to manufacturers but in our new, anything goes world, this would no longer a factor in their thinking.

5. It Turns Out Film Actually Is Dead

Oh, and lastly, I predict we finally discover that film actually is dead, it was just the hipster in all of us which refused to let it go!

So there you go, five predictions we might never have thought possible. But thanks to Donald Trump showing us that truly anything can happen, we might dare to dream it could become a reality!

Paul Choy is a professional documentary travel photographer, driven by the desire to tell the stories of the people he meets and the places he visits, through the photographs he captures. He is an official a Fujifilm X-Photographer and Brand Ambassador. Originally from the UK, He is now based on the Indian Ocean island of Mauritius. 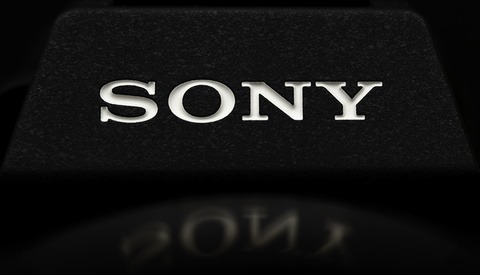 Well I guess everything is possible... Canon will have 6k on the 6D Mark II and release an 8k update to the 5d Mark IV

Fstoppers could do better then keyboarding for current political fiasco with an useless article just to get clicks... really? So under par guys !!!

Sucker, you clicked...as if the title did not give away that this was a tongue-in-cheek article.

Well Joseph Anthony, my name is not sucker :) as you can see. I clicked on misleading title about '5 predictions' with mirrorless image at the top in my feed which got my attention not the ending of it which does not belong to this site whatsoever and then by browsing through those 5 non-predictions I realized this philosophic connection to the new person in white house. So cheesy cheap of waste of time. Don't you think so Joseph? Have a great day and happy shooting. Cheers.

Well, yeah, this is a content website. They produce content. You can't please everyone all the time with your content. No one will like every single piece or article. Also, websites like this generate revenue by the clicks, so is it surprising that not every article is a detailed reporting or write up that required hours upon hours of research?

Boohoo, you lost a minute of your time. I think you'll be okay. If your time is really that precious, perhaps page surfing on Fstoppers isn't the best use of your time.

You hit the nail, I like to come to this site for good content :) since my time is precious :) Enjoy yours...

Photographers find fascinating new shooting locations while looking for a country to move to...

Now, I realize that this is just tongue-in-cheek, but I continue to shoot film, not because I'm a hipster, but because my Canon SLR that I bought new in 1980 still works; also, film is still available.
I'm thinking about buying the M5 for my wife; after all, she is the one that bought me my 5D III.

6. Fujifilm adds tethering capabilities to Capture One before 2017.

I assume this is a comedy piece lol... I don't #4 happening... heck it will be worse with the amount of hatred he has toward the free press constitutional amendment. And let's not forget Republican, so business is ALWAYS first before people.

People realise that just because the HDR and saturation sliders go up to 100, doesn't mean you actually have to take it that far ...

I was with you until the last one. Film will not die.

I won't buy another mirrorless camera unless it can demonstrate the speed that I have only found in SLRs. I often take pictures while driving, and even a 1-second delay between pressing the button and the shutter firing has ruined too many shots for me.

Re: #2. If you grew up with Sony menus you'd find Canon and Nikon menus hard to navigate... Just get over it and learn the menu!

The thing about film is that this isn't the year that film is gonna die !
As long as we've great filmmakers like Tarantino, Nolan, Spielberg nope film's not gonna die, and we don't have digital cameras that can match the 70mm's quality