The Gear I Definitely Wasted My Money On

We've all bought things impulsively, and on occasion it works out. But often it doesn't, and a few times for me those purchases have been an unambiguous waste of money.

I recently wrote an article defending how much many of us photographers enjoy new camera gear. Whether it's a vintage lens and an adapter, or the latest camera body, it's both invigorating and potentially useful to acquire new weapons for the arsenal. However, there are times when we get whisked away in our own excitement and make either impulse purchases, or poorly researched ones. I've done this and it has paid off (Zenit 85mm f/1.5) but it's rare. Usually though, the items either go in to my photography gear retirement home (two big plastic storage containers) or sold on. Let's go through some usual offenders (types of purchases) and one specific offender.

Oh, the relationship I have with vintage lenses is so complicated it's borderline Shakespearian. I'll start with an important caveat: there are vintage lenses that are absolutely superb. However, if it's cheap and vintage, don't think you're about to uncover a hidden gem; you're almost definitely not. I've bought everything from an old 500mm that looked like a Victorian pirate's telescope, to the "original bokeh monster" 135mm. Every single one of them has been unusable for anything other than abstract art.

There are great vintage lenses out there, but they're invariably expensive lenses from 20-60 years ago, and they'll still cost you a reasonable chunk of change. If you're paying <$100 for a vintage lens — save for a few outliers — you're wasting your money. I've tested this enough for everyone. 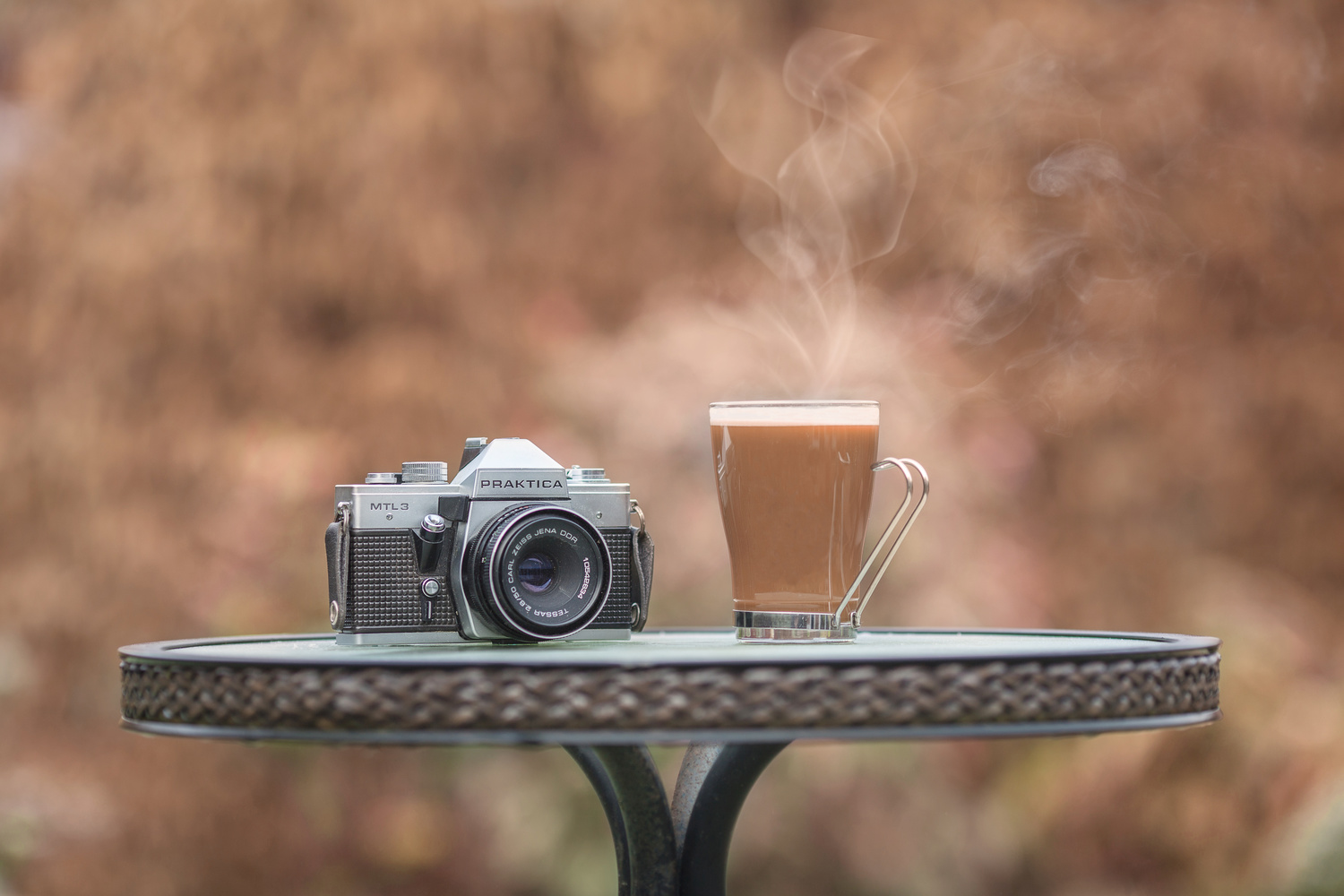 In fairness, this lens came with the camera and I have no malice towards it.

For years I wanted some high end strobe lights. However, despite many of them being in essence simple electronics and computing that any electrician worth his salt could hash together (I'm being a little facetious, yes), their prices range from the equivalent of a nice lens through to a nice car. I just couldn't drop that much cash on them and so I did what we all do from time to time — particularly at the start — I worked on finding a cheap alternative.

The first set I bought were so poorly made that putting them up could cost you a finger, and they went through bulbs like Polos. The second set I bought were doing ok for a good few months, then while on a shoot in an underground club, they caught fire. Not sparked or blew a fuse; they caught fire and required the nearest fire extinguisher to put out. The third set were bought on the advice of fellow writer Jack Alexander (named and shamed) after he created some nice images with a brandless set of lights from a company on eBay. They weren't bad fill lights, but if you needed some punch, they maxed out at about enough lumens to light a fridge.

Not to be confused with the Canon 70-300mm which I've heard isn't too bad, the 75-300mm was an insult to lenses. Nay, it was an insult to plastic, glass, and anyone with even partial vision. Not only did I begrudge having paid any amount of money for this atrocity, but even the calorie I spent picking it up to put on my camera grates on me. This black misery tube created images softer than a tumbledried alpaca and I gleefully sold it on eBay to somebody who — unless they were a war criminal — deserved better.

What gear do you tend to waste money on? Is there a serial offender? Is there a specific purchase that irks you to this day? Share in the comments below.

I've got a pile of vintage lenses that I absolutely LOVE. I think the most expensive one I have was about $60. They have a few spots if you stop them down past 16 or so, but they were also not rated in the top condition (because I didn't want to spend more money on an set of lenses I didn't know I would like). I've had no issues with sharpness other than when wide open. The gotcha's for me are how far out the minimal focus distance is on most of them. Depending on brand you can get some really nice glass in fantastic shape for a few hundred dollars, where the modern equivalent would require another zero.

In most cases, I look for vintage lenses first. The build, glass, and image quality are often superior to the new technology.

That just isn't true at all. Newer lenses have objectively better image/glass quality. Maybe if you were to compare lowest quality modern glass with the best the past has to offer your statement would be true.

Agree to the first part of your statement; as to the second, depends on the vintage lens. What is 100% true is that for performance per dollar, the old good stuff wins hands down.

Optical quality is very high, even on vintage lenses, otherwise photos would have always been soft etc. The big differences are in the designs of the lenses. Newer lenses have more elements that do things like shorten the minimum focus distance and correct for more CA, and have more iris blades to round out bokeh. They also have electronic components like auto focus, image stabilization, iris control etc. New lenses are also typically faster than their vintage counterparts (this is where being able to make larger and cheaper pieces of quality glass comes in). New lenses are also typically bigger and heavier because of all of the above. But in terms of sharpness... in my experience vintage lenses are every bit as sharp as new lenses, but the boundaries of the new lenses have been pushed farther (speed, edge to edge illumination, etc).

Most modern lenses are super sharp, but with no character at all. They are boring and sterile. Sad.

Lenses are tools. I buy according to how that tool will work for my style of shooting. The old, vintage lenses don't fit the bill. Also, I look at how the image is rendered at the end of the photographic process and the new stuff does a very good job. Besides, I love autofocus.

I have yet to find a modern lens which compares to my Contax G Zeiss Planar 45mm f2. Ditto with my Zeiss Jena DDR Flektogon 35mm f/2.4 MC (esp for macro). OK, I have no experience with the Zeiss Batis line, for comparison, and at the prices they are charging I never will. My point .. SOME of my vintage lenses are better than ANY of my modern lenses. And I have some very nice modern lenses.

There are many lenses better than the Contax G 45/2 - it is a good lens, but suffers from field curvature and some axial and lateral CA issues (though they are minor). The field curvature results in pretty soft edges and corners - you can work around it depending on your subject and how/where you focus. But... the Nikkor 50/1.8S, Zeiss Otus 55/1.4, Zeiss ZM Planar 50/2, Zeiss Makro 50/2, and a number of other lenses are definitely superior optics in a similar focal length range. Also a lot more expensive, though.

I have the G 90/2.8 as well but find it mediocre .. so far. I have not taken the time to learn its strengths, perhaps. I'll take your word on all the tech specs you have on the Contax G 45/2. I'm not qualified to comment on that. But, as you say, those other lenses are much more expensive, so they are not part of my ecosystem. And also, as you say, the issues with the Contax G 45/2 are minor and easily corrected in modern post processing. And with a cropped sensor you worry less about the corners. There is also a signature look that accompanies this lens, however, and it involves a richness and a magenta shift, and a .... character like no other, along with the sharpness.

The 90/2.8 is far sharper in the edges and corners - it's pretty flat field. It has some purple fringing but it goes away by f/4 or so. Bokeh is a little smoother too, I think. I prefer the Zeiss C/Y 85/2.8 though - even sharper and just optically better all around, and of course actually has a focus helicoid.

But, yeah, the 45/2 is a great lens, and especially if it's on a crop camera the field curvature won't be as noticeable. Never used the 35 so I can't comment on that one.

The 28/2.8 is a phenomenal lens but does not play nicely with digital sensors, without modifications (this is common of wide rangefinder lenses under 40-50mm). I've heard with a modified sensor-stack it's excellent.

I bought a Zeiss Jena DDR Flektogon 35mm f/2.4 and then I sent it to Germany to have it fully serviced. So it cost me more than my Sigma 30mm f/2.8. Absolutely no regrets. For close-up wide angle the Flektogon is superb. It... nah hell I'm off to mount it on my camera and head to the garden!

Agree. And with a close focussing distance of about 8 inches .. you're already in there. A fantastic macro lens.

If you just want a portrait lens, though, there are quite a lot of decent options, if overall sharpness and some aberrations won't matter as much.

I sometimes use a Carl Zeiss Jena 80mm Biometar, with a P6 mount, that produces jaw droppingly great image quality. Granted, I'm shooting through the sweet spot of the lens, since it's MF. Also, I picked it up in a giant flea market in Budapest back in the 90s for $15, so definitely not a waste of money.

I'm surprised you guys are "woke" to the Contax G lenses. I rarely hear them mentioned anymore. Some of the best damn lenses ever created and they will kick 90% of modern lens's asses.

They'd be a lot more popular, I think, if they didn't require a special (and expensive) adapter with a built in helicoid. Which also doesn't make them the most pleasant to use if you're focusing back and forth a lot. They 90 is very nice for landscapes (45 has field curvature). But, yes, I agree about the 90%, at least for the 45 and 90, maybe the 35 - the 28 and wider perform poorly on digital sensors unless you have the sensor stack modified. And the 90 can be found in excellent condition under $200. And they're all tiny enough to throw in just about any camera bag to have in case you need them. Same reason I like the Zeiss C/Y 85/2.8 and Nikkor 45/2.8P (also the Contax C/Y 45/2.8 pancake) - small and sharp as hell.

If you even read as far as the whole title I thought that would have been clear.

LMAO, You actually expect people to read 6 words before forming an opinion based on their assumptions? Bro, you said something bad about vintage lenses. No one is even going to read anything, they are already lighting the torches and running with pitchforks.

LOL swap Canon and Sony in that sentence and you have my experience.

Is that a floppy drive? Because DAMN.