The 7artisans 35mm f/1.4 is a beautiful little addition to the line up of mirrorless lenses, offering a truly vintage feel — and price — but without requiring an adapter. I’m not sure I’ve ever had so much fun with a lens.

One of the advantages of the proliferation of mirrorless cameras is the massive growth in available lenses, especially from third parties. There is a reasonable array of 35mm f/1.4 lenses available for Sony full-frame cameras (none right now for Nikon Z), and you can expect to spend eight or nine hundred dollars for the Samyang or Sigma options, assuming you want to avoid paying $1,600 for Sony’s own Distagon T* FE 35mm f/1.4 ZA.

If you’re willing to ditch a few fairly important features — autofocus, sharpness, EXIF information, ability to focus to infinity, and build quality — you can grab yourself the 7artisans 35mm f/1.4. This brilliantly quirky lump of metal and glass is a mere $199 and has quickly become my walkaround 35mm lens of choice for the Sony a7 III.

A few things on this list should leap out. Firstly, this lens is less than 2” in both length and width, while weighing in at 10.5 ounces. It definitely has some heft to it given its size, quickly explained by the fact that even the lens cap is metal.

The other thing worth noting is the presence of 11 aperture blades. All three massive, expensive, autofocus alternatives for Sony full-frame cameras have a mere 9 blades, a variable that will affect the quality of bokeh. Even the $800 Voigtlander Nokton Classic 35mm f/1.4 Lens for Sony E can only muster ten.

And what bokeh. There might be a wealth of mysteriously unpredictable vignette coupled with some corner softness that maintains a reluctance to offer any degree of sharpness all the way from f/1.4 through to f/8, but this truly doesn’t matter. That softness only makes the bokeh more enjoyable. This is a lens of character, and pixel peepers should have stopped reading a long time ago.

I had relatively low expectations when 7artisans sent me this lens. It took some getting used to but the faux-vintage feel has inspired a looseness in my image-making that took me back to my early days of shooting on incredibly cheap film on a woefully cheap camera. Out of focus? Doesn’t matter. Throw on a heavy edit, embrace the vignette, and open up a world of fun.

Instagram brought us faux-vintage filters and the last couple of years has seen the emergence of the faux-vintage lens, with many of them now emerging from China. (It’s worth noting that 7artisans and TTartisans are two separate and unrelated companies, though you’d be forgiven for being confused.)

For many photographers, there won’t be a solid reason to choose faux-vintage over vintage, but for others, the option to indulge in some manual focus, bokeh-heavy fun without having to hunt for stuff on eBay or faff around with an adapter will be appealing.

In terms of build quality, it’s a bit of a mixture. The focusing ring is beautifully smooth and while there’s no rangefinder-style tab, it feels like a cine lens with its metal ridges. The throw from its minimum focusing distance of 1.31 feet (40 cm) to infinity is a quarter turn, making it easy to maneuver, perhaps at the compromise of some accuracy. However, as discussed, accurate focusing is not a massive concern here, for reasons to be discussed below.

In stark contrast to the focusing ring, the aperture ring has a little bit of play. And while there are no stops between f/1.4 and f/2, you can happily leave the ring halfway between the two, should you wish, inventing your own personal f-stop.

The lens fits tightly when mounted, and it’s so slim that the base of the lens leaves some of my Sony a7 III’s mount exposed. Most budget lenses don’t offer weather sealing, but this is definitely one to keep out of the rain. Aside from its simple build and quirky optics, another reason for its low price is the lack of any electronics. The only EXIF data you’ll get is from the settings on your camera; even the name of the lens will be missing.

Focusing with a manual lens comes with practice, and mirrorless cameras certainly make this a lot easier thanks to things like focus peaking and the focus magnifier. Typically with this lens, if I want to guarantee that a shot will be sharp, I’ll opt for f/2. Otherwise, I let it all hang out at f/1.4. Set your camera to Auto ISO with a minimum shutter speed and go nuts.

A selection of images straight out of camera.

It is not to say that this lens is not sharp. When it nails focus and wants to behave, you'll get some crisp shots. It's just that this doesn't happen with any great consistency, though much of this might be my abilities rather than that of the lens. If sharpness is what you're after, 7artisans also makes a 35mm f/2 lens (but not for Nikon) that's slightly cheaper, has fewer idiosyncrasies, and better image quality, but where's the fun in that?

Vignetting can be intense, though it’s yet to have ruined any photos that I’ve been particularly precious about. It’s certainly more pronounced when focusing at infinity, but not much is crisp at that distance anyway. This is a lens that you’ll want to use for subjects that are in the center of your frame and only a few feet away.

f/1.4. Minimum focusing distance on the left, infinity on the right.

It's worth noting that vignetting is particularly pronounced when shooting when the electronic front curtain shutter is switched on. Switching it off largely reduces the vignetting, and using shutter speeds of less than 1/1000th of a second also offers some improvements.

Crikey. I love a vignette but this might be a bit too much. 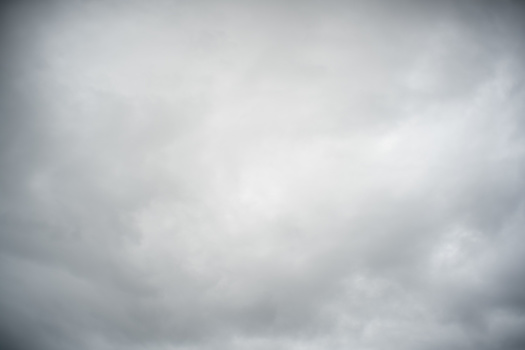 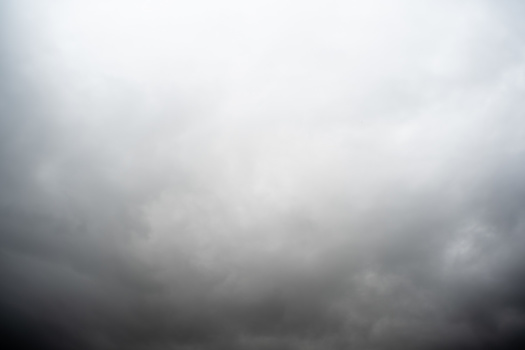 Flaring is not well controlled, making it an element that you want to embrace rather than fight.

I don't expect to take great photos with this lens but that's missing the point. This is a lens that makes you want to photograph even the mundane, bringing a bit of soul to a Sony camera that is otherwise pretty much devoid of passion. My a7 III is an expensive box designed by a huge, faceless corporation (and Sony really is the hugest and most faceless), and teasing a touch of the analog into its cold, digital functionality has been a real joy. If you want the simple joy of f/1.4 on something tiny and idiosyncratic, this lens is an excellent choice.

This review was edited on July 2, 2020 to note that vignetting is improved when the electronic front curtain shutter is switched off.

So, it’s terrible lens we all will love :)

Its called having a bit of fun with your photography, you should try it sometime.

There, fixed the headline for you.

Having a bad day, Edison? 😆

I was quite happy minding my own business when, at the beginning of lockdown, I made the purchase of the 7Artisans 50mm f/1.1 for my Nikon Z6 (using an adapter). I loved it so much I bought the 7Artisans 35mm f/2. Then I did something crazy, I sold the Z6 and bought a Leica M. I then sold the 50mm and purchased a Zeiss 50mm followed by a Zeiss 28mm.

The 7Artisans 35mm f/2 (yeah, I know this article is about the f/1.4) is a bloody good lens. Worth every penny. However, on the M the lens caused a magenta cast, even at f/11, on the left and right side of the frame. It didn’t do that on the Z6. To use a metaphor, you get a lot of bang for your pound with the 7Artisans lenses.

So basically, these are gateway drugs? :P

I would really love to see this lens compared to the Meike 35mm f/1.7 or rather the second version f/1.4, which is even cheaper and also manual but lacks the bokeh. Did you ever try out one of those?

I wonder how this compares to the SLR Magic 35mm f1.2, since you can find that used for about $200 on a good day. The vaguely soap bubble bokeh of that one is pretty nice, and it's a very well constructed lens.

Wow, every other sentence seemed to make this sound worse and worse. I'd rather have a Nikon AI/AIS, or Minolta Rokkor, or Pentax SMC, or... just about any other vintage lens. They'd be f/2 at that price but they're also usable at a distance and extremely well-built.

From the photos above... I really don't like it. The vignetting on it is terrible too. (I also have an a7.)

Cool, I thought my monitor was going out of I had the wrong glasses on.

Doesn't even seem very clear, often hazy, the exception being the one climber hanging upside down.

Hey Charles. 7artisans reached out to tell me that the vignetting is greatly reduced when electronic front curtain shutter is switched off. I've since tested this and found it to be true. I've updated the review accordingly.

It crushes all the blacks, I've never seen a lens do this. /s Not a single photo I could use to make a judgment on this lens.

Lets see.
,,If you’re willing to ditch a few fairly important features — autofocus, sharpness, EXIF information, ability to focus to infinity, and build quality,, and the best part ,,I don't expect to take great photos with this lens but that's missing the point. '' Well, Mr Day did a great job of selling me on never even to consider this lens. Both my A7lll and A7R4 just thanked me.

How can a lens crush the blacks?

It was sarcasm. My point is for a REVIEW not one of the posted photos can be used to evaluate the lens because of the extreme post-processing.

Ah! Sarcasm, the concept continues to elude me. I apologise, sorry.

Hello J.W. Thanks for your comment. I've since added a few shots SOOC to the review.

I'd go (and went) for a Nikkor AI or AI-s 35mm f/2. It is about the same size and weight, has much less vignetting and a really creamy bokeh.

But it's Chinese.
So by buying it you're effectively supporting the economy of the oppressive state.
Not to mention the culture which has little respect for the intellectual property created by others.

Are there alternatives made in New York?

Japan, Vietnam, Taiwan, Thialand, etc. Many of the places are just assembly with the high tech components being made in japan.

Using your logic if I buy american I am supporting Trump. In that case I am going to boycott american goods. A hypocritical comment, chances are you use devices made in China, but I suppose that’s OK as long as you don’t buy Chinese. So glad I am not american, you have to work on your prejudiced sweeping statements.

You're just supporting a small lens maker, not the economy of the oppressive state. When you start making comparable stuff in the USA, you may have a point worth considering. Until then, maybe focus on making the USA less oppressive.