The Lens That Every Sony User Should Buy? Fstoppers Reviews the Samyang 35mm f/1.8

Until 18 months ago, affordable 35mm primes for the Sony system were like hen’s teeth. Last year, Sony finally plugged the gaping void in its lens lineup, and now, a new contender has appeared: the lightweight, affordable AF 35mm f/1.8 from Samyang/Rokinon — appealing to full frame and APS-C shooters alike.

Full disclosure: Samyang (a.k.a. Rokinon) gifted me this lens. For what it’s worth, I would have bought this lens regardless, and it’s been a welcome addition to my gear bag, and over the course of the last month, I've used it to shoot a four-day event, and it was my sole lens on a 10-day climbing road trip.

When I switched to Sony in late 2018, affordable 35mm autofocus primes simply didn’t exist. Since then, a plethora have come to market, and notably, it was Samyang that led the way with the 35mm f/2.8, a lens of near-pancake proportions that has accompanied me on countless outings since I reviewed it in early 2019.

Eventually, Sony decided that the glaring omission in its lens lineup was due to be filled, and the 35mm f/1.8 was released in summer last year, albeit at a price that was probably double what most Sony fans were expecting. At $748, it is three times the price of Sony’s nifty fifty, which is frequently discounted. The Sony 35mm is no doubt a solid piece of glass, but it’s not the affordable option that many had hoped for.

At the time of the Sony’s release, I speculated that the thousands of a7 III owners — myself included — would probably prefer a 35mm f/1.8 that ditched custom buttons and weather-sealing in favor of affordability, and it was to many photographers’ frustration that Tamron decided a few months later to give the Sony system a second 35mm f/2.8 autofocus lens. Given that other full frame systems don’t even have one such lens (I await your corrections in the comments), it seemed an odd choice.

With this in mind, the new 35mm f/1.8 from Samyang is welcome on two levels: firstly, it’s great to have another 35mm f/1.8 autofocus lens on the market given the lack of options. Secondly, it’s almost half of the price of the Sony at just $399.

Here are the specifications, with the Sony details alongside in square brackets where they differ:

What You Don't Get

Perhaps the one notable difference here is the weight, with the Sony version being a third heavier. Sony is dust- and moisture-resistant and has a customizable button. I had expected the Samyang to forego weather sealing in line with its other tiny lenses but instead, the AF 35mm f/1.8 has a notable upgrade over its siblings: there are four gaskets to protect the lens from adverse conditions.

The build is lightweight plastic and, like other compact Samyang lenses, it does not have a refined or solid feel to it. The lens ships with a smart, zippable, clamshell travel case that is perfect for chucking in a tote bag if you’re heading out with just a camera thrown over your shoulder. This is something I appreciate from Samyang, as I frequently want to take a second lens with me on a short outing but don’t necessarily want to take a camera-specific bag with me.

What readers are probably most interested in are sharpness and autofocus. Fortunately, the Samyang impresses with both. Autofocus is not as lightning fast as you will find on other, more expensive lenses, but it puts Sony’s nifty fifty to shame and is significantly quieter too. Eye autofocus is solid, and a single point in low light is not a problem. Like a few other sub-$500 lenses, it sometimes struggles when you ask it to rely on “Wide” to pick up poorly-lit subjects.

I’m not one for pixel-peeping, but sharpness is excellent given the price-point, especially when you consider that the respected Christopher Frost says that it’s sharper than the Sony 35mm. Flaring is well controlled — surprising for a small, lightweight, affordable lens — though bright sunlight will throw a ghost across the center of the frame when you catch it at a very specific angle. Distortion is minimal, bokeh is pleasant, and contrast doesn’t suffer dramatically when shooting into direct sunlight.

The wire fence and the text are both 100% crops that show the fringing and color shift as a result of chromatic aberration. The climbing image shows the ghosting that occasionally occurs as a result of shooting into direct sunlight.

Inevitably, there has to be a catch, and fortunately, it’s a small one. Chromatic aberration is evident, though nowhere near as bad as Sony’s nifty fifty, and as usual, it can largely be controlled during post-production. (If you don’t know what chromatic aberration is, you’re in the fortunate position of not having to worry about it. Feel free to forget about it.)

But Does It Spark Joy?

Practical tests aside, I’m much more interested in how it feels to use a lens and how it performs when taken along on an adventure. It’s almost as if Samyang makes lenses specifically with me in mind: I bought a Sony a7 III as I wanted a full frame camera crammed with features but with a smaller, lighter form factor. I love to travel light and have a limited budget, and small, compact lenses suit my needs.

Like many photographers, much of my work evaporated as of March, but last month, I was deployed by my better half to photograph this year’s Women’s Bouldering Festival here in the forest of Fontainebleau. The Samyang performed admirably, giving me the width that I needed while still offering that little bit of subject separation that we all crave.

Its second major outing was on a camping and climbing road trip to the hills above Albarracin in Spain. This stunning town is steeped in history, and the boulders a few miles away draw climbers from around the world. The Samyang 35mm f/1.8 made the perfect travel lens, wonderfully compact and lightweight — but with few compromises.

I've become something of a fan of Samyang, and this is another lens from the Korean manufacturer that intelligently cuts corners to keep down prices and weight but without making too many compromises on image quality. Furthermore, the Samyang 35mm f/1.8 is definitely a viable alternative to Sony's more expensive option and seems a far better fit for the countless a7 III owners who are enthusiasts and semi-pros as opposed to hardened professionals who can justify more expensive glass. Given the arrival of the even-smaller, even-cheaper Sony a7C, Samyang could be onto a winner. Get yours here: AF 35mm f/1.8. 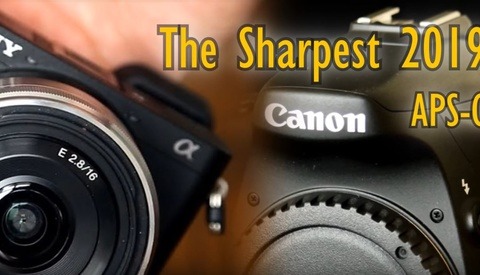 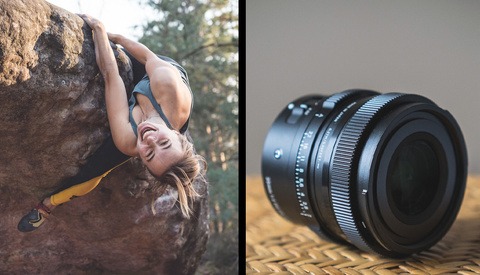 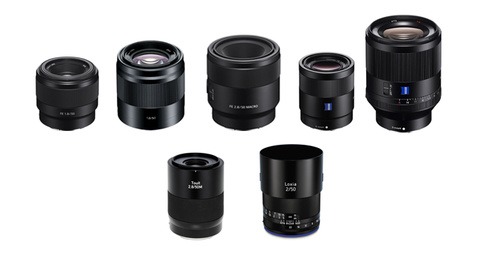 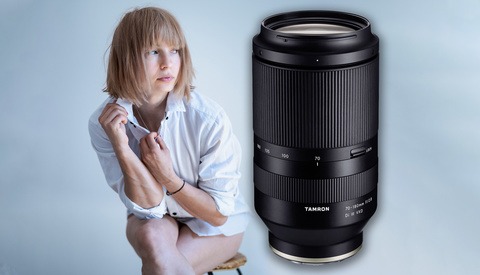 "a far better fit for the countless a7 III owners who are enthusiasts and semi-pros as opposed to hardened professionals who can justify more expensive glass." Beautiful & clear writing.

They would make buckets of cash if they release an af 135 f/2.

First, I don't think your assertion about weather sealing is correct! Here, on their site, they claim its weather sealed in 4 places: https://www.samyanglens.com/en/product/product-view.php?seq=514 and several other outlets covered this. Second, do you have any idea when it's going to be released?

Thanks Wade. You're absolutely right - I'm about to update the article to reflect this after Samyang emailed to let me know. The listing I read for the lens when I first received it didn't mention the weather sealing so, rather naively, I assumed it was absent.

I've no news on when it will become available. Let me see what I can find out.

Lol. Does this lens really exist. For months they've been saying "new item"? . Almost like it's a prototype item they're trying to gage to see if there's any interest. I think everyone here knows this lens inside and out by now.

This lens is definitely on my shortlist. My biggest problem with the Sony 35 is the terrible coma performance (especially at the price of the lens) and I often shoot at night/starscapes. Oddly, seems like this little guy has better coma than a lens that costs double!

How do you compare this Samyang 35mm 1.8 to Samyang 35mm 2.8 pancake? Which one do you recommend more overall? I know the pancake is lighter and shorter, but is the 1.8 still small and compact enough for travel and general use? How do the two compare optically? Thank you!

Hmm, good question! Since I started using the f/1.8 I've not touched the f/2.8. I couldn't tell you without digging into some old hard drives which is sharper (if either) but I'd vouch that both are plenty sharp enough. I think I'd recommend the f/1.8 because you have that extra level of background separation when you need it, and obviously more flexibility when the light drops.