Mature Beauty: Photographer Celebrates the Beauty and Strength of Women Over 50

Over the last two years, photographer Pedro Oliveira has worked on a photo essay celebrating an underappreciated demographic, and the results are timeless.

Oliveira grew up close to his grandmother, and some of his most valuable adult friendships were with people significantly older than him. Through those friendships, he saw the difficulties society quietly places on aging people. Then, in 2017, he was inspired by the Women's March and by the voices of the #metoo movement and decided to embark on a photo essay that would showcase and celebrate fierce women, with a focus on women over 50 years old. He wanted not only to show their beauty and strength through portraiture, but also their wisdom by sharing their thoughts and experiences with things like ageism, loss, health, and striking out alone. Each image carries the fingerprint of the artist, but also the personality and spirit of the subject, whether she's smiling, sad, or contemplative. Every quote gives the viewer another window through which to understand the subject, a glimpse at their complexity. 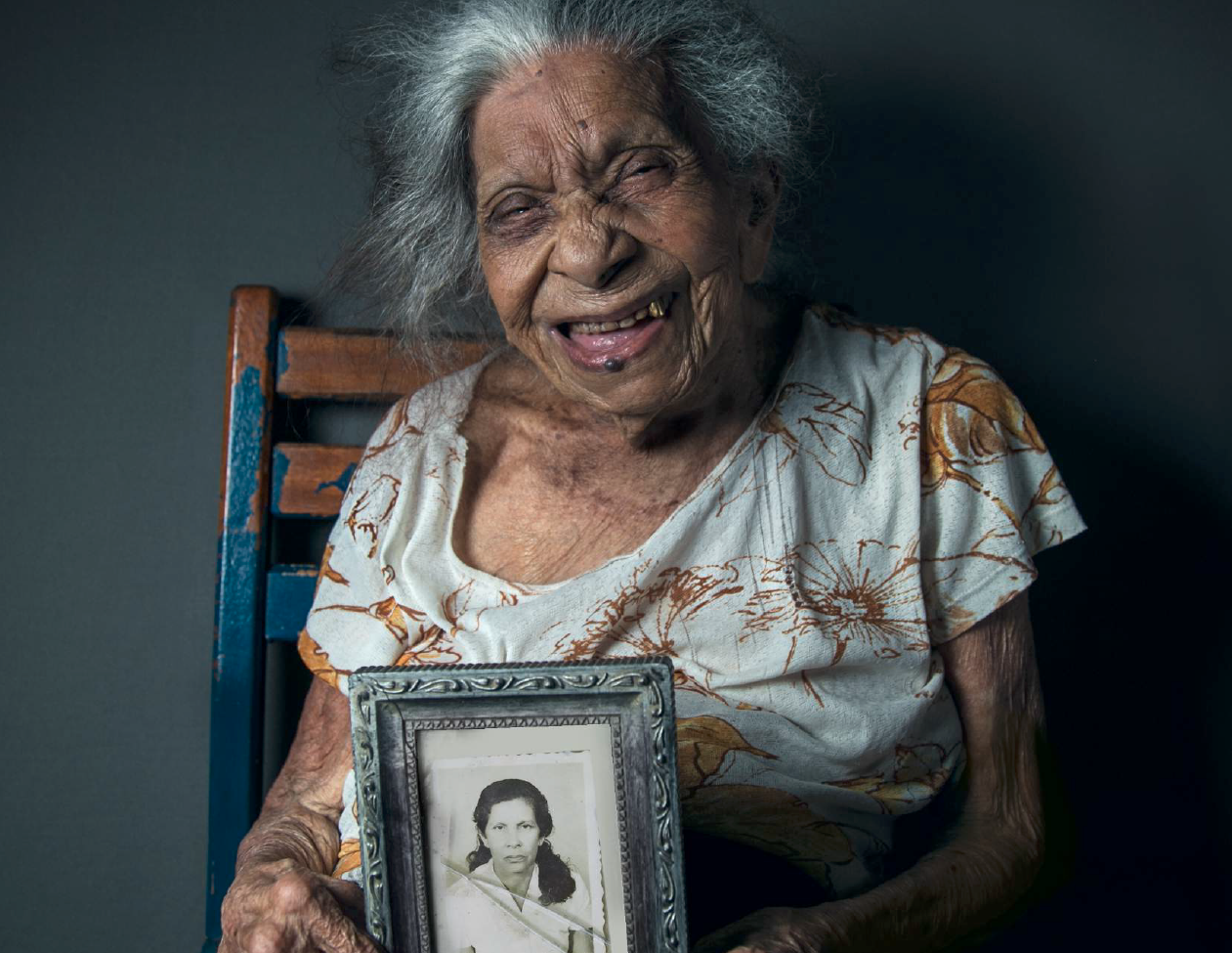 Shared with permission of Pedro Oliveira

I don't know what the secret is. I smoked up to my 80s and always ate pork and everything I felt like. I guess it has more to do with genetics and happiness than anything else. 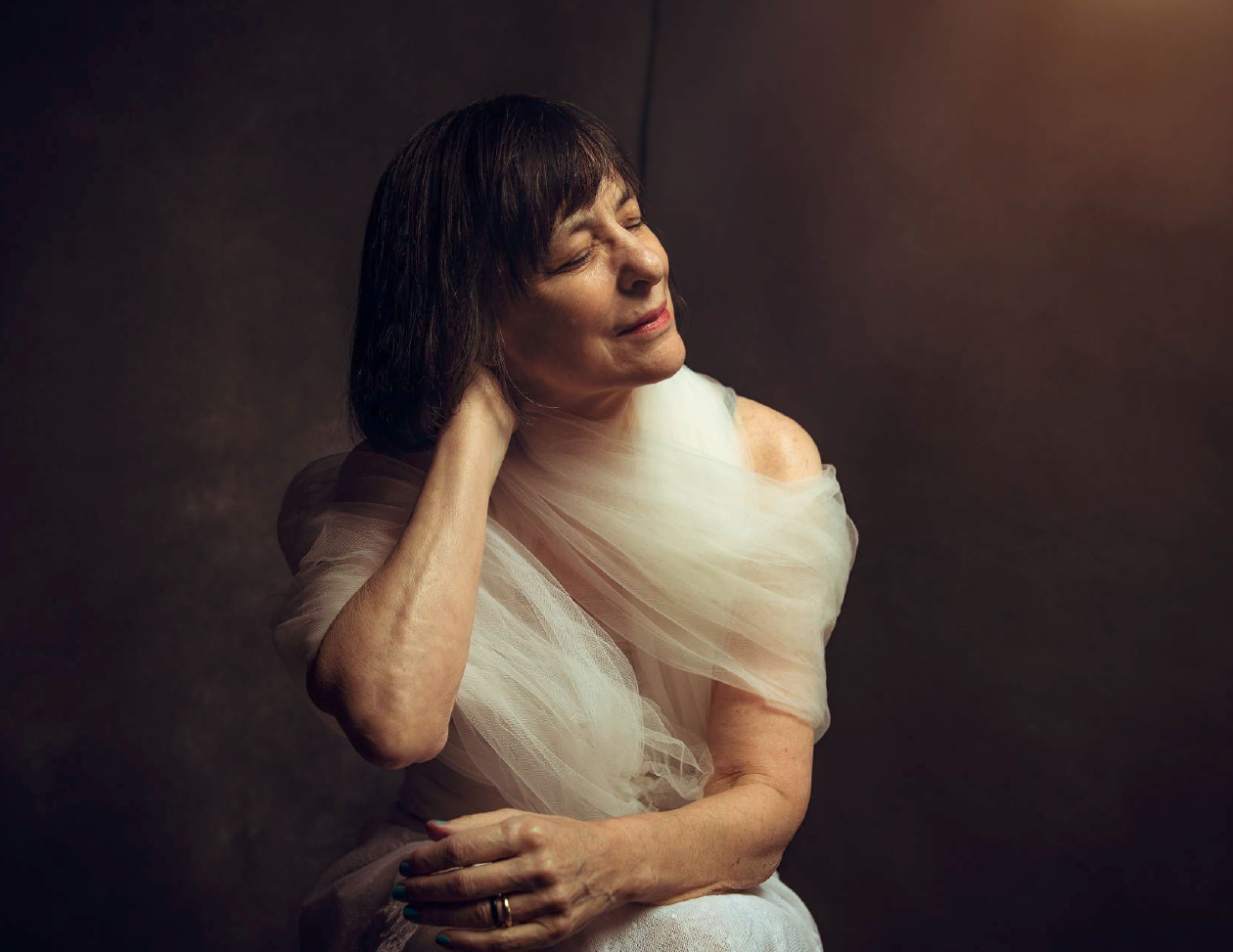 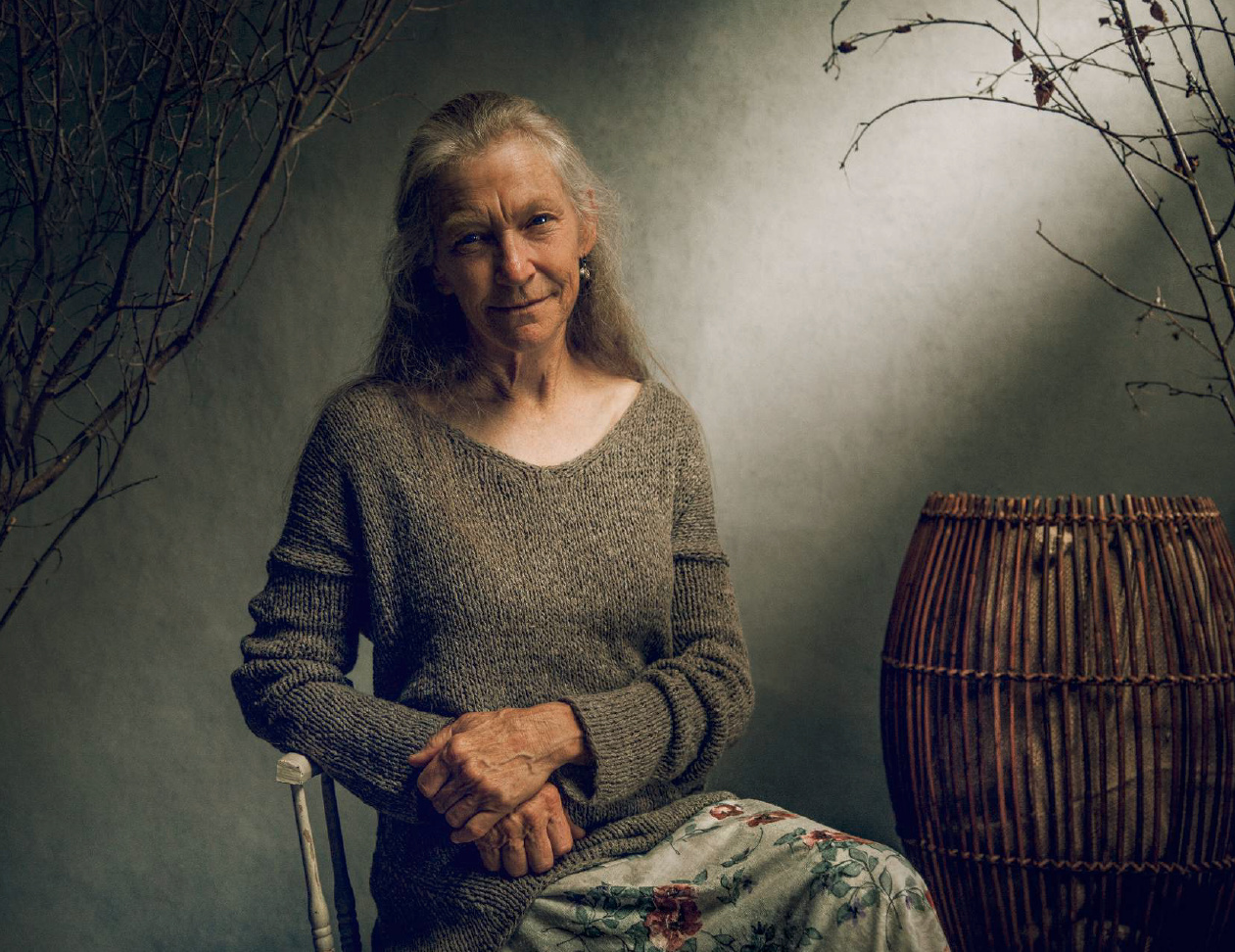 I just wanted to experience something different and thought Colombia would be a great place. 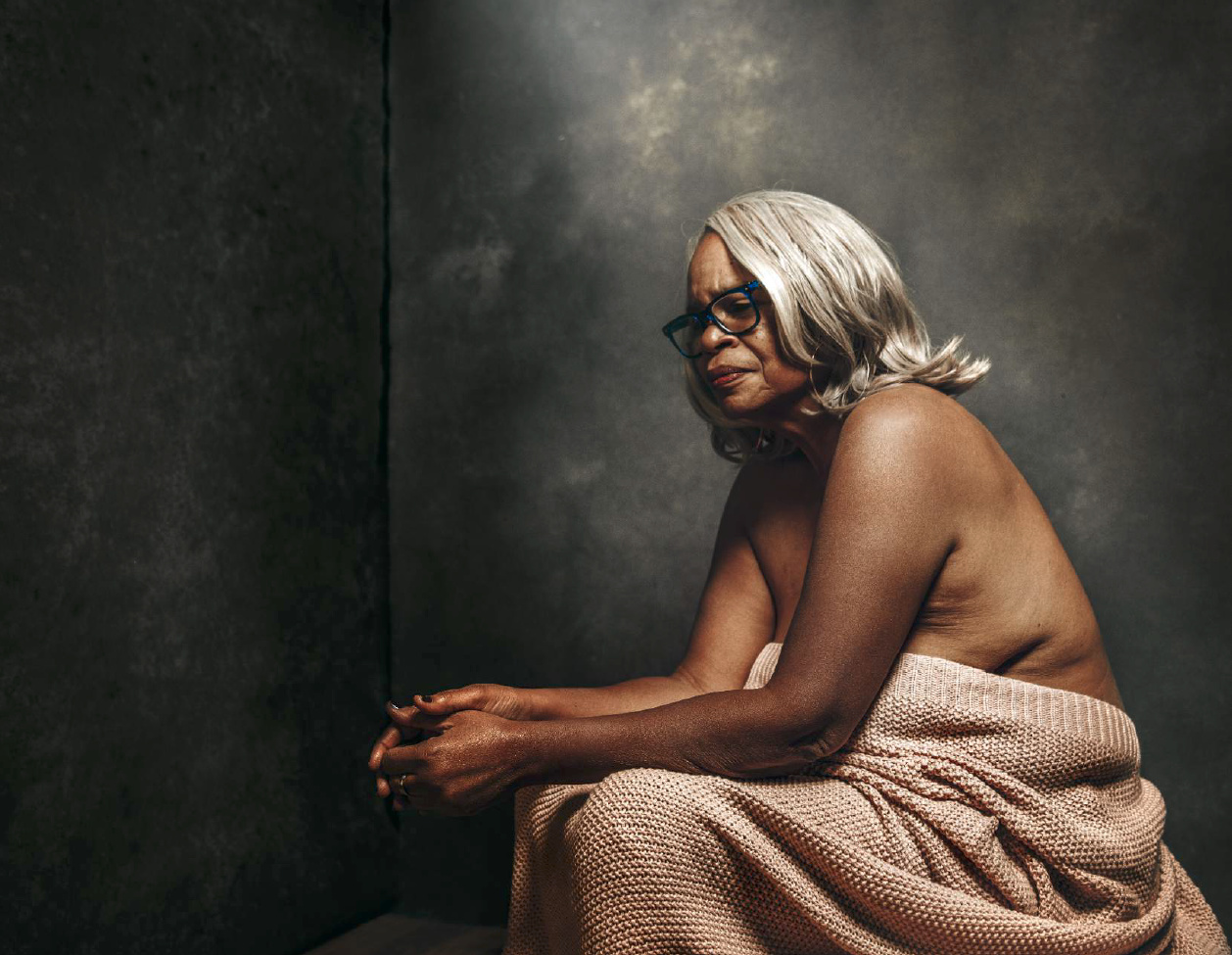 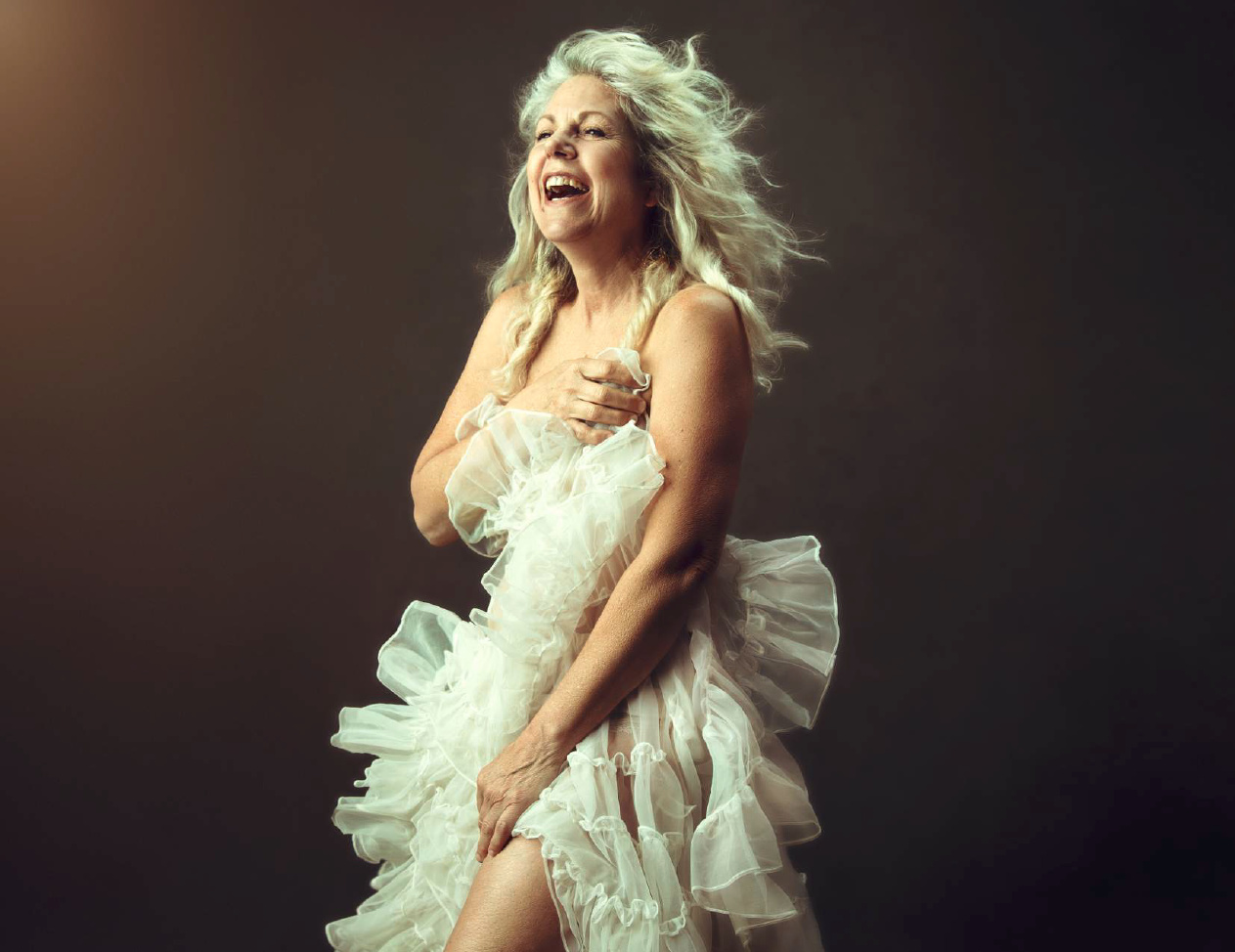 Jeff is my everything, I'll love him 'til the end of my days when I can once again hold him in my arms and marvel at the wings that grace his feet. My son was less about suicide and more about mental illness. We will never hide behind my son being sick, and if we can help one kid or family battle this horrible disease, then my son's legacy is kept alive. 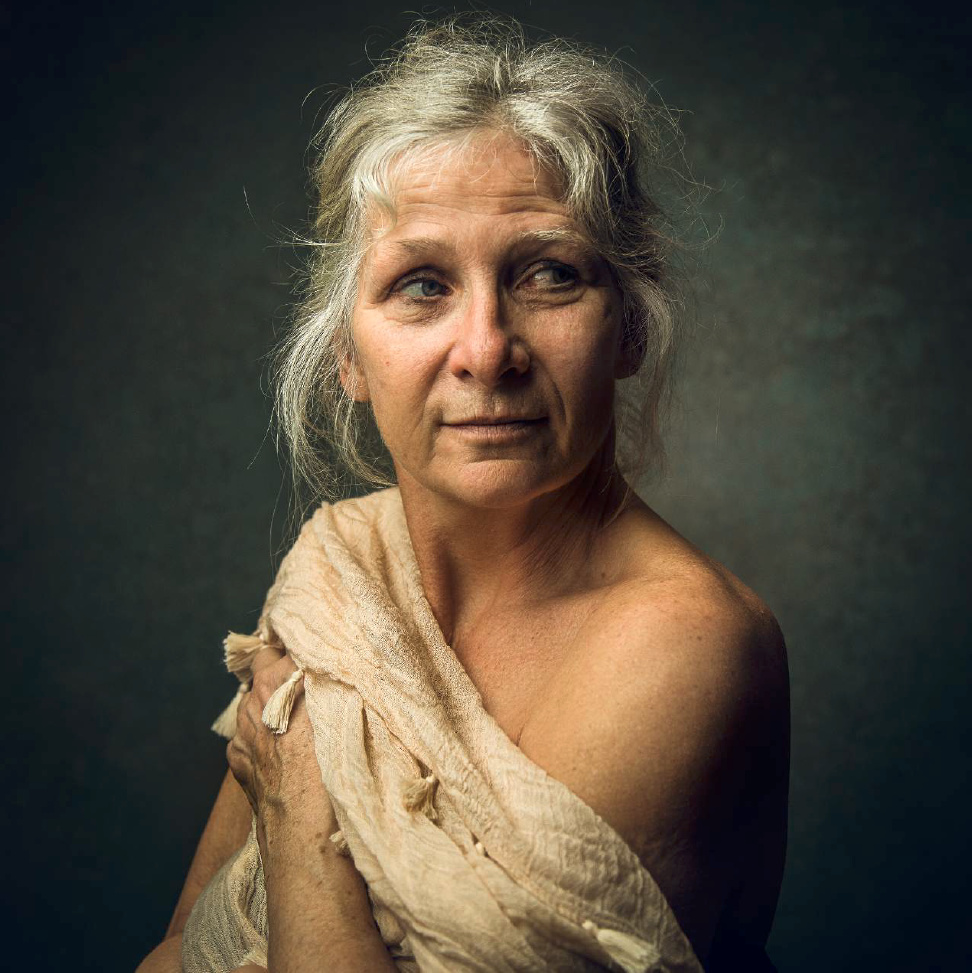 I work hard, have always worked. I am smarter, quicker, and obviously more experienced than young kids are., not because I am better than they are, but because I've lived what they have not. Being older only means being wiser and more experienced. Unfortunately, employers don't see it that way.

The strongest aspect of this photo essay is that Oliveira worked with clear respect and admiration for his subjects, not patronizing or objectifying them by editing out any signs of age, but showcasing them with an unflinching honesty that does them (and him) justice. Very little is hidden from the viewer, either physically or emotionally. With photography in general highly saturated by young, toned, genetically blessed subjects, it's refreshing to see the beauty of wisdom and experience captured with such grace. Oliveira says he plans to release each subject's full story on his Instagram account.

Education / January 13, 2020
Did This Catholic Monk Already Know How to Make Beautiful Pictures?

BTS / October 19, 2018
How I Simulated Window Light in This Beauty Shoot

Thanks for sharing this...so tired of the usual!

These are fabulous. This is what portrait photography is about. Thank you for sharing.

I really appreciate it, Robert!

"I work hard, have always worked. I am smarter, quicker, and obviously more experienced than young kids are., not because I am better than they are, but because I've lived what they have not. Being older only means being wiser and more experienced. Unfortunately, employers don't see it that way."

If you look through his past comments, the majority are negative and snobbish.

I don't get the passive agressiveness either.
She literally states that she doesn't think she is naturally smarter than younger people bur rather more experienced due to her many years of life... how does that sound pretentious?
I don't get it.

I agree with the comments above-- and being there, she did not say it with pretentiousness at all.

Thank you so so much, Julian!

This is an amazing project! Very out of the box and drifts away from the common "young & beautiful" standards.
Congratulations, Pedro, on the beautiful imagery, and thank you, Nicole, for sharing this with us.

Awww thanks, and thanks again for the sweet words, Dear Joe!

What a lovely set of photos, thank you Pedro Oliveira

Black Rock I am so glad you like them!

Having just turned 71, it's refreshing to look at realistic photos of mature women. The character in their faces speaks volumes to me. Thank you for sharing.

CAROL THOMPSON that's so great to read! I am humbled by the experience and have to learn you like it!