Mirrorless, mirrorless, mirrorless... it's the most public camera debate for some time and if you're already sick of it, don't click this article. We're going to look at the specs of all three of the big brands' mirrorless cameras and see who comes out on top.Now that there are full spec sheets for all three mirrorless cameras, comprehensive comparisons between the specs of the Canon EOS R, Nikon Z6, and Sony a7 III are popping up so you can clearly and coherently see who's in the lead for your specific wants. Now, I'm not going to post a full list in its incredibly detailed entirety, but rather pick what are arguably the most important features so we can discuss them further. 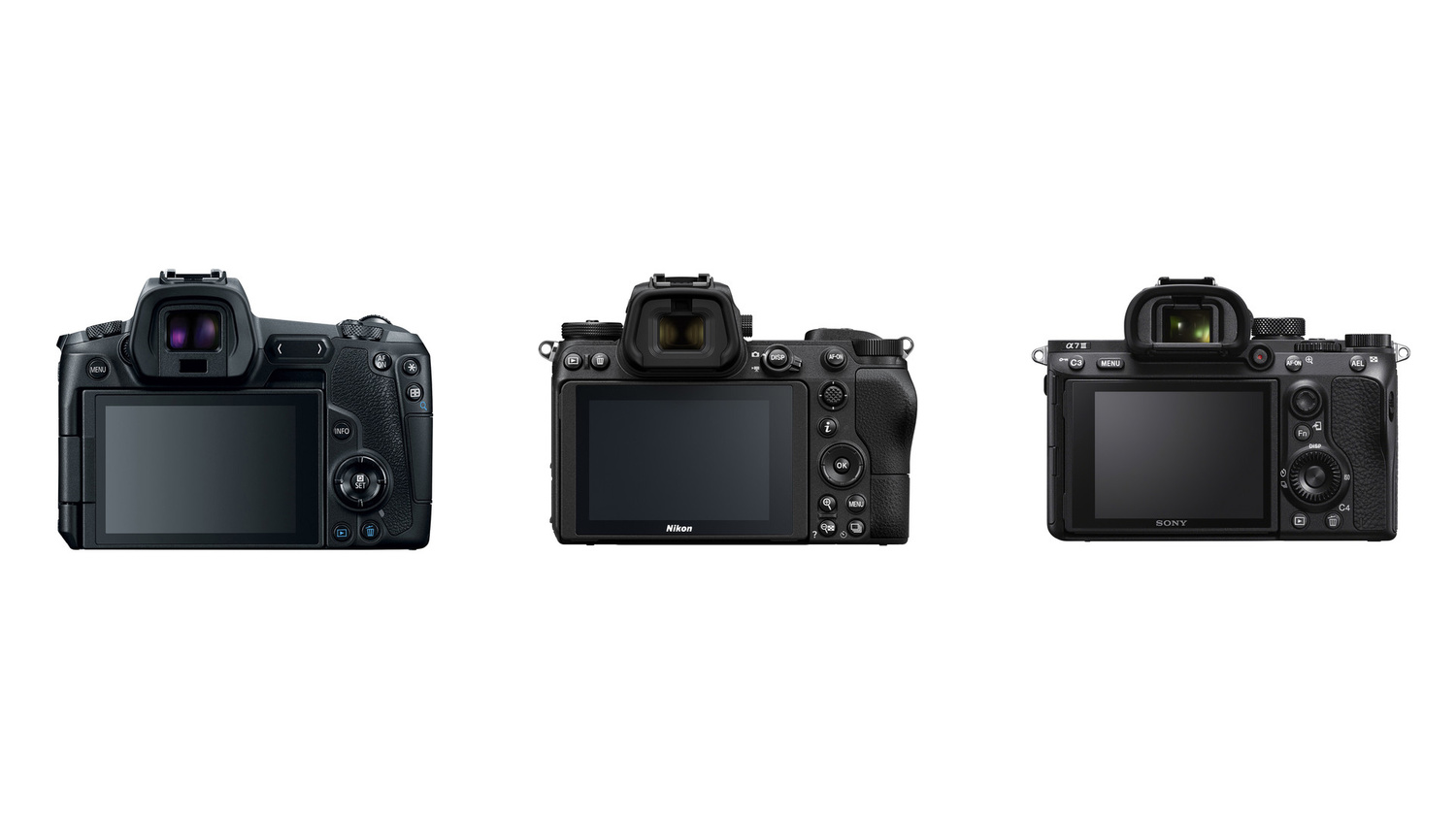 Now, there's admittedly a lot I'm missing out here, so for the most comprehensive list I could find, have a look at Canon Rumor's article. The above is highlighting some of the key talking points, avoiding areas where all three cameras tie (Bluetooth, weather sealing, focus peaking, and so on), or where there are myriad caveats (AF detection range for example). In my recent article, I wrote that I was severely underwhelmed by Canon and Nikon's entries in to the mirrorless market, and I stand by that. That's not to say each of their cameras don't come with perks.

For example, Canon's AF points compared to the other two is staggering, with Nikon embarrassingly far behind even second-place Sony. Nikon also offer some of the fastest continuous shooting speeds with up to 12 FPS, but again, these comparisons have so many caveats with file format and so on, it's difficult to succinctly compare them. So, let's get down to brass tacks. Here are the pros and cons when compared with each other. That is, if you were going to buy a mirrorless but didn't know which to choose of the three, this would be useful. 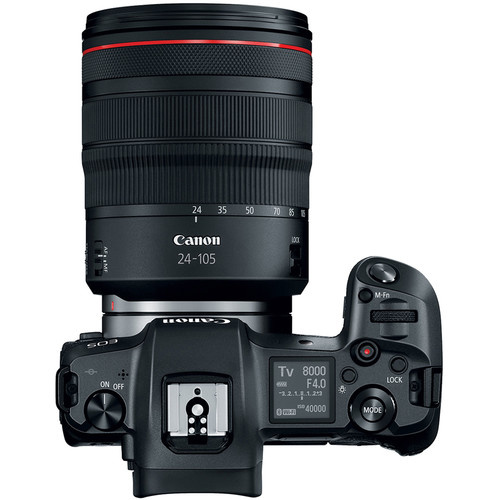 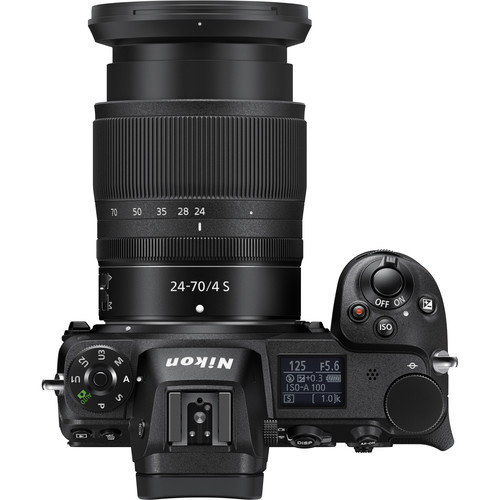 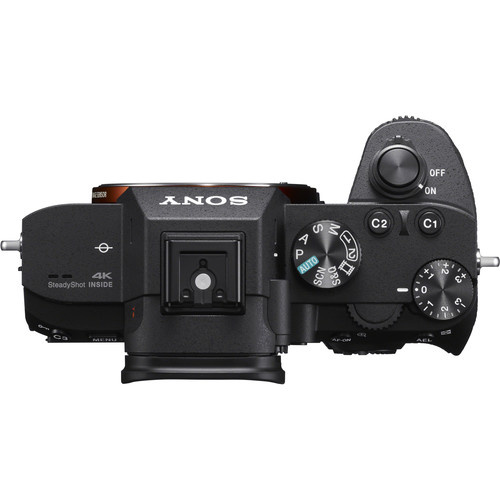 Comparison of the Pros and Cons

Now, there are a number of things that jump out at me straight away. Firstly, Nikon's Z6 doesn't have many pros or cons. This is an interesting point of discussion. There are many areas in which the Z6 and the a7 III are like for like, where the Canon falls behind, so I didn't list them as pros for either camera, but rather cons for the EOS R. The Nikon Z6 spec does a lot right, with some bizarre slips, for example the maximum buffer capacity. Its real selling points are largely the same as Sony's a7 III which isn't necessarily a bad thing.

Secondly, we have just how many cons Canon have. I've come under fire for criticizing Canon before, but as somebody who has shot with Canon for over a decade, I'm comfortable calling them out. There are several stand-out cons for me. The first is the 60FPS limit on 1080p video which is not some innocuous deficit in an outdated video resolution; it puts a complete block on the buttery smooth slow-mo that videographers love so much. If you're looking at mirrorless for video, I'd be surprised if this isn't the nail in the coffin for the EOS R. As if that isn't enough, the EOS R has a video crop factor of 1.74x — no thank you. Secondly, we have the single memory card slot.

This is the most contentious point for both the Nikon Z6 and the Canon EOS R and it's a fair criticism. Most pros will not shoot with single card slot camera bodies anymore for a multitude of reasons, and therefore necessarily have to rule out Canon and Nikon. Both will undoubtedly release models with dual slots in the future (with Nikon all but confirming that), but we're not talking about the future, we're talking about the now.

For me, the Sony a7 III is the hands-down winner, with Nikon is second place, and Canon in third. Canon have excelled in certain areas and deserve praise as such, but they've fallen behind — or rather started behind given they're the last of the three to release a mirrorless — in too many crucial areas. Nikon have done well and kept up with Sony's a7 III with important features like in-body stabilization, sensor type, video settings, focus stacking, and so on. It just drops the ball with the single card slot and maximum buffer capacity.

So, what are your thoughts? Am I being unfair to Canon? Am I being too complimentary of Sony? Fire away in the comments.

Gear
Can Anybody Tell Us What Canon's New Super-35 Camera Is For?

Gear
The Canon 1D X Mark III: Remove the Mirror, Add an EVF, and You Have the Perfect Camera

Gear
Fstoppers Reviews the ViewSonic 2785-4K: One of the Most Affordable 27-Inch UHD Monitors With 99 Percent AdobeRGB Coverage
Log in or register to post comments

Wow did not know about the battery life of these camera’s.. That’s a new battery an hour at some shoots for me (Sony 2h). No thanks, I’ll wait a couple years.

On my 7RIII battery is enough to shoot ±4 hours of an event.

To see how accurate the CIPA rating of these cameras is for your uses, look up the CIPA rating for what you're currently shooting and compare that to how many shots you actually get. If you're taking 350 shots per hour, my guess is that the CIPA ratings here won't apply to you and you could probably multiply them by at least 3-4.

I don't think it works like that Jonathan. I just think a camera like that needs at least 1000 one battery. No matter what (except in low temps).

Just for reference, I have gotten over 1100 images on my older and outdated a7II. The III is way, way better.

Mirrorless cameras always have worse battery life than comparable DSLR's. But honestly, Camera batteries are so small that I don't see it as much an issue anymore, especially since Nikon and Canon made their cameras backwards compatible for their batteries.

None of the above.
I know that they're not full frame, just a lowly crop sensor, but Fujifilm can take my money for the X-T3.

There's no point in going into the details but each of these cameras were made a certain way for reasons you don't explore and are completely ignored with a spec list. You should revisit your comparison after the Canon and Nikon cameras have been in the field for a while. Of course, by then, Sony may have a newer model too. :-)

You mean to not harm their other priducts? That is the only thing crippling the Canon and Nikon offerings. But they didn't have the guts to make them great.

They crippled the new mirrorless bodies in an attempt to achieve good market segmentation. It crippled the body for large segments of possible users. Canon didn't want a body to encroach on their better DSLR's, so chose to make poor choices to limit the potential of the new bodies. The low video options with a lack of solid framerates? Artificial. Could have been better.to make it a video powerhouse. Same goes for the silly 1.7x crop. For the love of God, Canon, you were so damn close! A design that doesn't incorporate 2 card slots? It screams that Canon does not want their large stable of pro users (think weddings and events) where redundancy is vital. Canon made this a body for affluent hobbyists. Because thatis who they want to sell to.

eventhough Nikons buffer is smaller it takes just over 1.5 seconds to unload it so you are ready to go again .. Sonys buffer is large but than it unloads for almost 50 seconds ..

But it is very hard to fill A7's buffer, and you will be chocked by the 1.5 seconds on Nikon very often.

sure .. that is true .. just putting some more info to those paper specs .. all deppends on usage .. I usually dont go over 10-15 pics in burst, in that case I would be better of with Nikon fast unloading. Another thing is that in Sony case those 89 pics in buffer are compressed and not lossless compression if it matters to somebody .. if you wanna lossless files than you are sitting at ~35 buffer size (which is not that far from Nikons lossless ... not sure what files Canon does with 87 buffer but given that if you want AF you are down to 5 FPS and it almost doesnt matter as it is too slow for what I would need big buffer)

Ah yes! Thanks for mention that the Sony files are compressed. I forgot to mention it in my post. And when using no compression Sony can only 5 or 6 pics per second (I doesn't have the correct number in mind).

You know what they say about version 1.0? Let these offerings hit the field and stay there a minute or two. Personally, mirrorless or not is meaningless unless they outperform what I currently have. If they do, then please, take my money. :)

I suspect that will be most people's approach. Let the early adopters be the guinea pigs as always...

Same here but they are better/more convenient for specific work .. BTS when rolling with sound for example .. better than having D850 on silent box .. or video on Ronin S which is heavy enough without camera. But yep, if doesn't do stills better than what I have, no point spending 3000 on something less comfy to hold

...What about the battery grip and the lens releases?

Looks like a pretty fair comparison of the specs to me, including your conclusion. Bravo!

I believe there's another camera called Z7 released as well but is missing from the list.

By the way, whoever shoots long events would be crazy to ditch ANY DSLR and go for a mirrorless.
Even the very worst DSLR can do 800++ shots.

I ditched DSLR for events. A7RIII runs for 4 hours on 1 battery. So, with the grip I’m OK for one day.

Genuinely curious to know whether extreme temperature (hot or cold) has an effect on EVF functionality. That's one of the concerns that I have about mirrorless in general given the fact that you're basically looking into an electronic screen for a viewfinder.

I went to Utah in January, Mexico in May, Nevada in July, and live in San Fran... never have I ever seen my EVF hiccup.

I still do not know where the claims come from of this happening. I’ve owned an a6000, A7ii, and now use an A7Riii daily.

You are looking at a screen the whole time, there is no mirror or optical viewfinder at all. The biggest advantage is that what you see is what you get. If you jack up a shot, you literally were watching yourself jack it up in real time and still pressed the shutter lol

I had a screen frozen on one of my Nikon DSLR's when I was out on a snowy mountaintop once in very cold weather ( -10C, 85% humidity, strong winds ).
Funny thing is, I had the camera most of the time in my face, looking through the viewfinder, yet somehow, the LCD preview screen got frozen and had a big area of frozen pixels that thankfully went away as the camera got heated once I was back in my chalet :D

This review is done for users who want both, still photography and video. How would your assessment look like if a user is only interested in stills and doesn't care about video?