Can Anybody Tell Us What Canon's New Super-35 Camera Is For?

Canon has announced a hilariously boring and ambiguous camera, just in time for NAB: the ME200S-SH (catchy, right?). They want it to be an all-rounder, but it may just be subpar in every single category.

It’s got the cubed design that we’ve seen Blackmagic and Arri release; however, its specs don’t match either of those:

Blackmagic’s Micro Cinema Camera brings ProRes/RAW video into a small package, aiming to become a high end GoPro. It's priced at just under $1,000 too.

Arri’s Alexa Mini is aimed at people who are already shooting Arri and don’t want to use a third party camera for specialized gimbal or drone shots.

Canon’s ME200S-SH? Well, your guess is as good as theirs. Canon touts it as a broadcast studio camera, but is it really? Here are the categories it tried to fit into and where it falls down:

This is the camera's main selling point. It’s got a HD/3G-SDI that’s perfect for this type of content. The problem is that you can also preorder the Blackmagic Micro Studio Camera, which includes a 10-bit 6G-SDI connection, a 4K sensor, and even what you’d expect from a studio camera: a talkback function and the ability to control B4 mount lenses. Blackmagic’s camera will only cost $1,300. So, you could set up a three-camera system with these for less than a single Canon ME200S-SH.

Canon will be selling bundles with the ME200S-SH, one of which they said would be for documentary and another for electronic news gathering. It makes sense, since the camera has built-in ND filters and can achieve an ISO of 204,800 — not to be sniffed at. Do you know what else is not to be sniffed at? An actual documentary or ENG camera! Canon’s own C100 Mk II retails in the same price range, but comes with the ability to record, display, monitor audio, and have a battery inserted into it.

Canon, look, to rig this thing will cost about $10,000, or you can go out and rent the whole kit with some prime lenses. However, nobody wants to shoot their film in 1080p, especially when Canon isn't telling anybody what codec they’re using yet. If they’re renting, they can pick up something far more specific.

They’ve seriously recommended its uses for security and surveillance in their brochure. Could you imagine mounting your $5,000 studio camera to the ceiling of a convenience store? I wonder if they recommend L glass with that too.

Where is its market? It’s gotten to a point that I believe Canon’s aiming for the technically clueless producer. They control the money, sure, but certainly don't have the ability to talk to their director of photography about what's needed.

Where could you see this camera being used?


Edit: Canon have since removed the video content relating to this camera, possibly after harsh criticism. This article has been updated to remove dead links to this content. 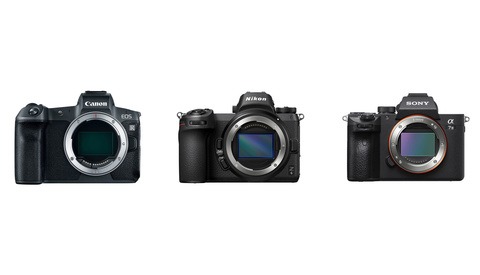 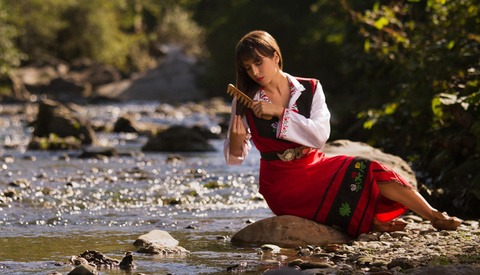 Gear / March 24, 2018
Higher Resolution Photos: Know When You Need Them and When You Don't 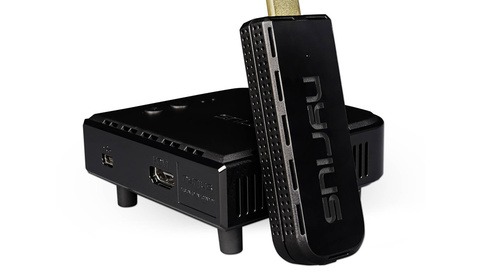 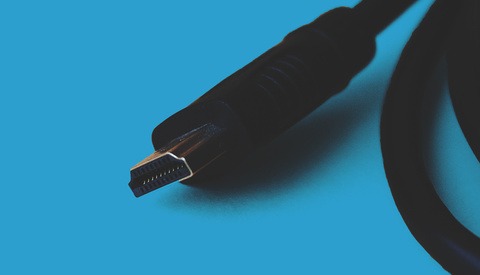 I desperately need a non-GoPro stage cam for live music. Thinking this new Canon might be a good fit. Stealthy yet high image quality. Used the BlackMagic Micro last night, lots of noise, no Log, and no wifi makes set up cumbersome.

I don't know exact environment you work at but I am pretty sure with $ this canon (after buying lenses etc) requires you can get BlackMagic and a very sensitive lens. Plus i would rather invest into cables... HDMI over CAT6 is $70 or you can use SDI cables. I think it still will be cheaper than canon

It really seems to me like most of Canon's "experimental category" releases have been aimed at their competition from a couple years ago. Why they are pricing last year's technology higher than everyone else is anyone's guess. Maybe they think their brand name is just worth the extra money, or maybe their R&D department is just that far behind everyone else.

It does look like a good camera, just not at the price they are asking.

I'm thinking it would be a good for high end aerial like the Alexa mini. All I know the the c300 mark 2 does not fit on my ronin M. I bet this would. And I think you are right, this does not make sense for most broadcast situations. Unless they release really good studio Config controls along with it.

The Alexa records onto C-Fast, the BM Micro records onto SD, but this Canon would need a separate recorder which would probably bulk it up. Then again an Atomos mounted on top would easily work I'd say!

Ok so yeah drones are out. I guess you could make it work but it would not be ideal. So not I'm guessing the market they are going for is the worship market. Mega churches can mount these up all over the place and do multi cam shoots with one TD and no cam ops.

I just watched the video.. I guess they are making studio Config controls for it.

Canon Late to the party as usual.

This is for people who are using Canon C300 or similar and need a good camera for gimbals or their hexacopter drone.

5k for that thing? If it was like 700-800 then it's a cool cam to mount on things. For that price you can get way better stuff.

First the 80d now another mush format 1080p camera. How is it that Sony, Panasonic and now Nikon all have 4K cameras out that literally shit on Canon codec for around $2000?
As someone that has invested in Canon glass I have been frustrates with every camera that has been releases by Canon as of late. The 1dx is way too big and expensive. I need af tracking and Sonys rolling shutter is unuseable. Canon quit releasing outdated technology! A $3500 5d mark iv is not the answer. Lets see a legit dslr for <2gs asap! Otherwise I am switching to Panasonic!!!!!

"Can Anybody Tell Us What Canon's New Super-35 Camera Is For?"
Suckers...

12 stops dynamic range puts it on par with Eastman ECN-II colour negative motion picture film. It's a dedicated video camera with EOS mount and none of the DSLR bells and whistles

most guys I know in broadcast engineering have a pretty low opinion of BM and a pretty high opinion of Canon. I dont see any broadcast studios kitted out with BM anything.
But I see $40k Canon glass left and right.
This makes a nice Jib cam. Or close mounted cam for a 'radio' talk show like Dan Patrick.

Wrong market guys... This acc it's for robotic TV cameras in studios AND the more important market a lot of people don't know about: industrial use! like steel constructions or products build on assembly lines and the robots.

Nodding to industrial use is a great point - it would explain why there's a max ISO of 204,800, when it's the same sensor as the C100 Mkii that has a max of 102,400. They're not going for picture quality at that ISO range surely!