With the holiday season gradually approaching, most of us are beginning to think about our holiday wish lists. For one California-based photographer, a kidney is at the top of that list. Fstoppers recently had the opportunity to interview Michael Anthony Hermogeno and ask him a few questions about his photography career and unique medical condition that leaves him seeking an organ donor.

Michael’s interest in photography was sparked back in 1992 when he was a cadet at the Pasadena Police Department. Using a 35mm camera for the juvenile booking processing, one of his duties was to fingerprint and photograph juvenile offenders. In 1996, Michael’s interest in photography blossomed. Working throughout the Los Angeles Asian community, he started shooting at cultural events and then various L.A. nightclubs like The Mayan, Stock Exchange, and Chillers. During that time, Michael began to photograph artists such as Naughty By Nature, The Luniz, Tyson Beckford, and the late Rudy Pardee from the L.A. Dream Team.

In 1998, Michael moved to San Jose, California to pursue the dot com explosion as a credit/collections analyst for DirecTV, but kept his hobby going on weekends, shooting portraits, headshots, and small products.

My weekend side jobs led me back to Los Angeles, and I found myself driving down every Friday night after work and returning every Sunday night. In May 2002, I finally called it quits up north and headed back home to L.A. where I have been ever since.

In July 2002, Michael was scouted by an entertainment photography agency in Hollywood named Shooting Star Photo Agency, owned by Yoram Kahana. Under the agency representation, he shot on red carpets and various celebrity events, networking with a number of publicists and up and coming celebrities, which later branched off into shooting headshots for various actors. In late 2004, Michael was again scouted by clothing retailer Hot Topic to become part of the team that would reinvent their plus-size clothing store, Torrid.

I left the entertainment world and dove head first into plus-size fashion as well as filling in for some of their music entertainment needs at Hot Topic. I later moved on and went freelance to shoot for Sealed With a Kiss, NYLA Shoes, and Wet Seal. I also became a personal photographer to David Hasselhoff and his family. 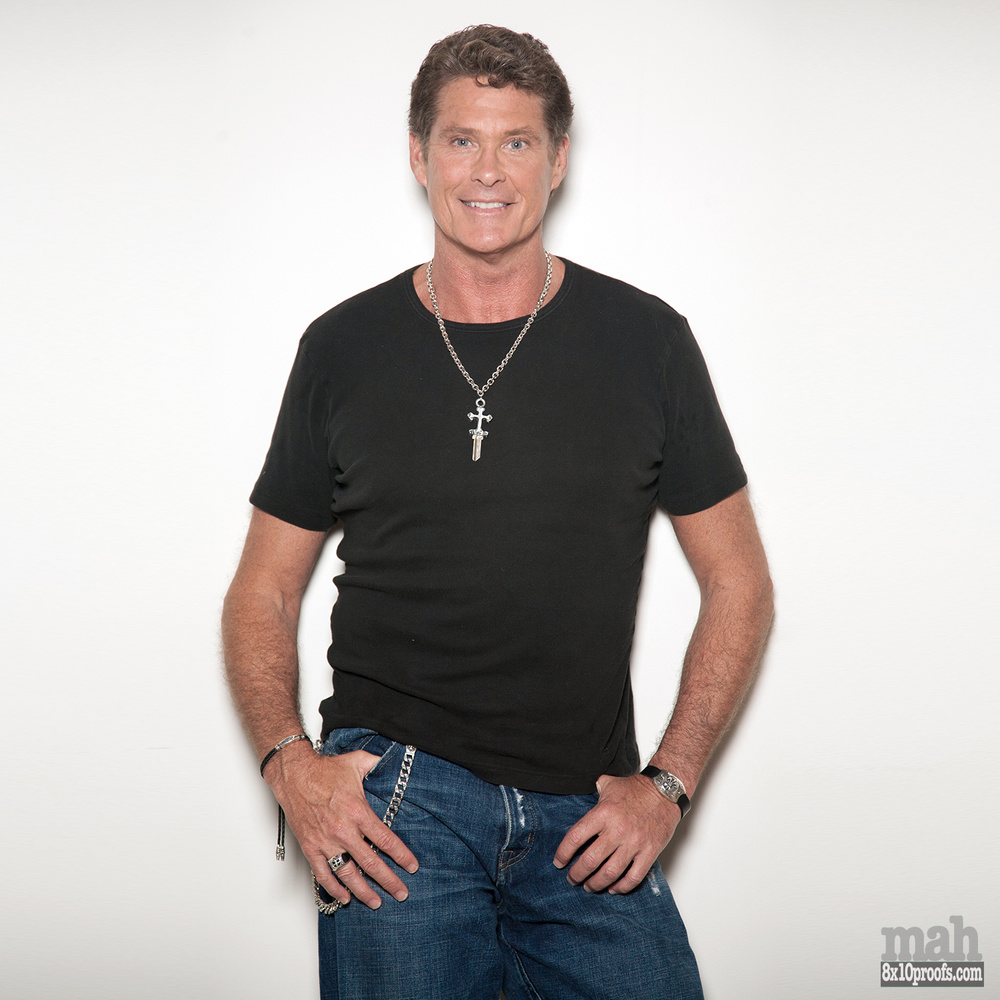 David Hasselhoff, aka "The Hoff."

A Girl With a Voice

Michael reflects on a memorable moment with a certain American Idol winner.

One shoot or rather model that sticks out in my mind was this mild-mannered 16 year-old girl we discovered one year at the mall. We got her to model for my camera for a year, and then one day, she told me she was going to audition for "American Idol" and asked if I thought she had a chance. I told her to sing for me right then and there in the studio and she broke out with an a cappella version of "Amazing Grace." Her voice shook me to my core and I actually cried. Her voice was amazing and so moving. I told her she would nail the audition and go far. Midway through the season, she came into the studio for a surprise visit and for a shoot. I told her that I had been watching her on the show and that I believed with all my heart that she would win. She broke into tears and gave me a big, long hug, and we both teared up. We then goofed off for the camera. That girl was Jordin Sparks. 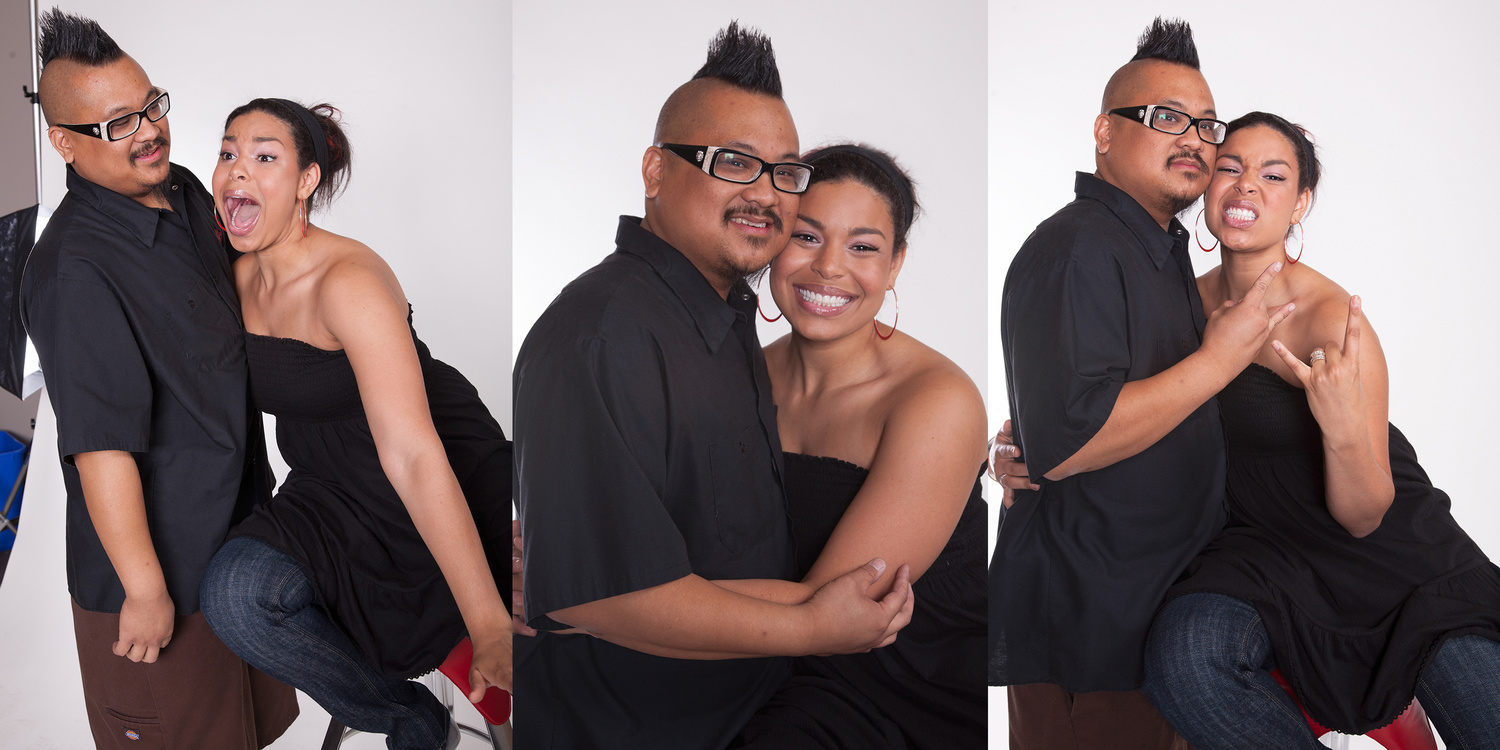 Michael has been on dialysis since August 2015 due to full renal failure. A few months prior to the shutdown, Michael had a heart attack and now lives with three blockages in his heart that the doctors have determined are inoperable due to the locations and sizes of the blood vessels. Because of this, he deals with random chest pains and must limit physical activity.  Furthermore, based on Michael’s blood type, he faces an 8-to-12 year wait on the kidney donor list, but explains that with his heart condition, the longer he is on dialysis, the worse his heart will get. When asked about upcoming projects, Michael explained that he hasn’t been able to plan any foreseeable projects due to his health.

I essentially need to live day-to-day; I don’t want to lay all my eggs in one basket in case something goes wrong.

Despite lengthy doctor visits and continuing dialysis treatment, Michael is currently shooting for a new sports bra company called Brass Betty, featuring actress Camila Banus from NBC’s "Days of Our Lives." For now, Michael states they are his main client. 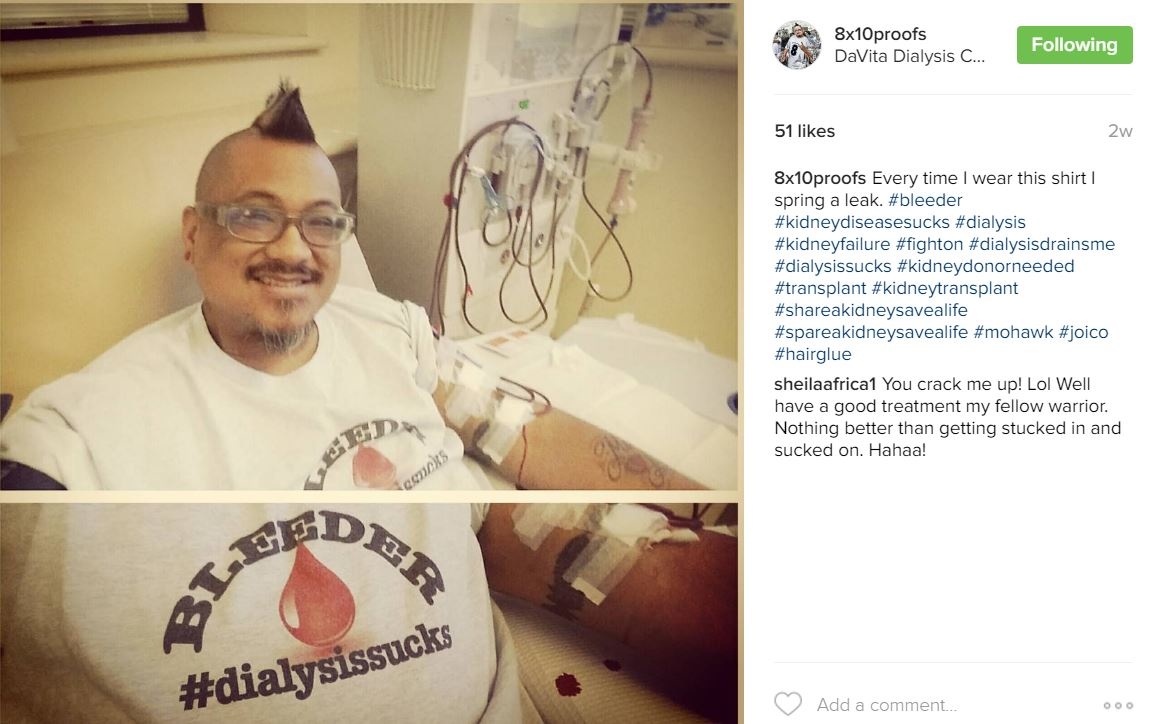 Doctors have advised Michael to find a live donor sooner than later, so he’s been on a letter-writing campaign to get the word out. With the help of a great neighbor, local media has also done stories on Michael to help him find a donor. When asked how his medical condition affects him the most, Michaels says it has greatly limited the amount of physical labor he can do.

With all the gear and standing involved with a photo shoot, it gets tough to work like I used to. Treatments are very draining and trying to work on top of that has become too painful for my body to handle at times. 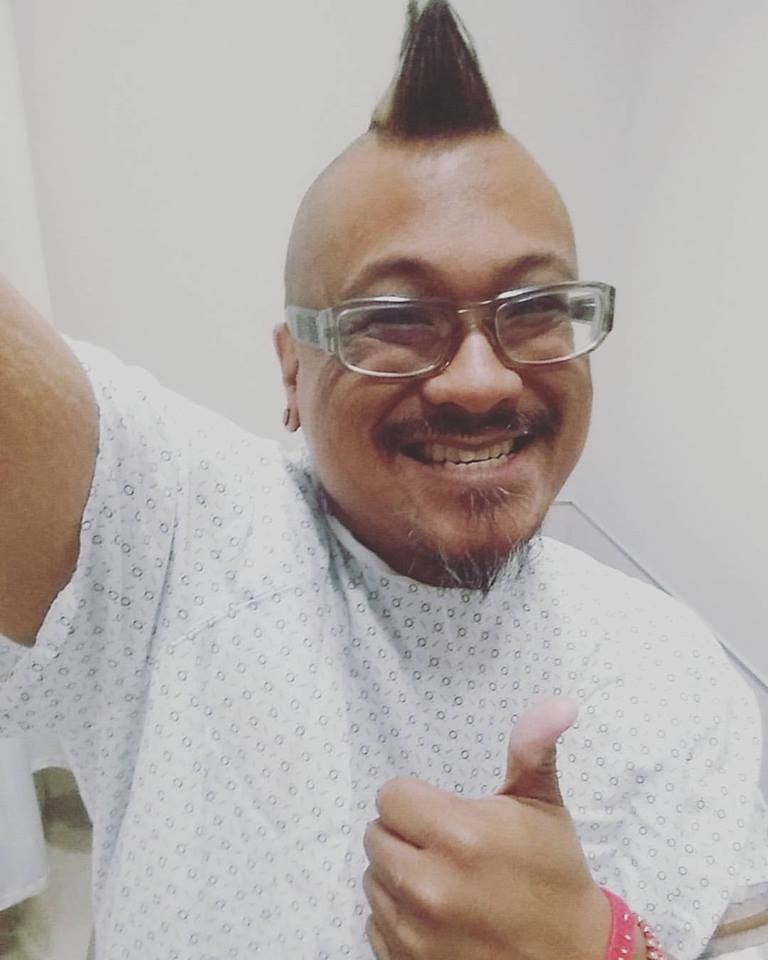 At this point, the help Michael needs most is the word of mouth to get his story out to potential live organ donors. He does have a GoFundMe campaign, but thanks to the help of some very generous individuals, uses it more for information than money at this time. Armed with a positive attitude and a strong support system, Michael continues to share his charismatic smile and trademark Mohawk with hope that there's a kidney donor out there for him. Be sure to follow along with Michael on his journey via Facebook, Instagram, and Twitter.