Stop Fighting the Hot Shoe of Your Nikon D750

Since its release, the Nikon D750 has been praised as one of the best full frame cameras that money can buy. It has features that outperform cameras that are twice the price. One of the little frustrating elements of this camera though, that I still see being discussed to this day, is the finicky hot shoe. 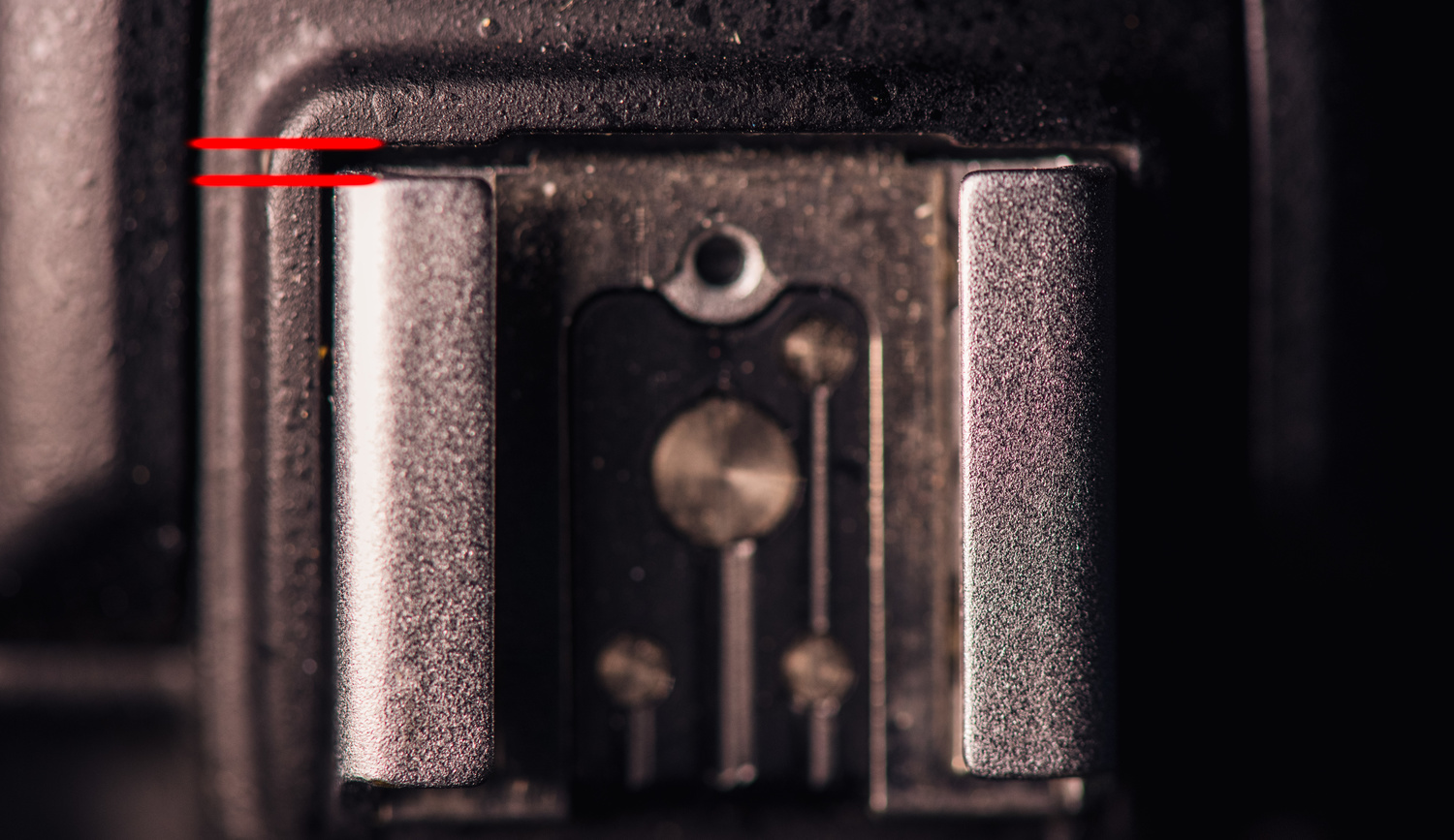 If you look at the hot shoe of most any other camera, you can see that these two pieces should sit right up against each other. 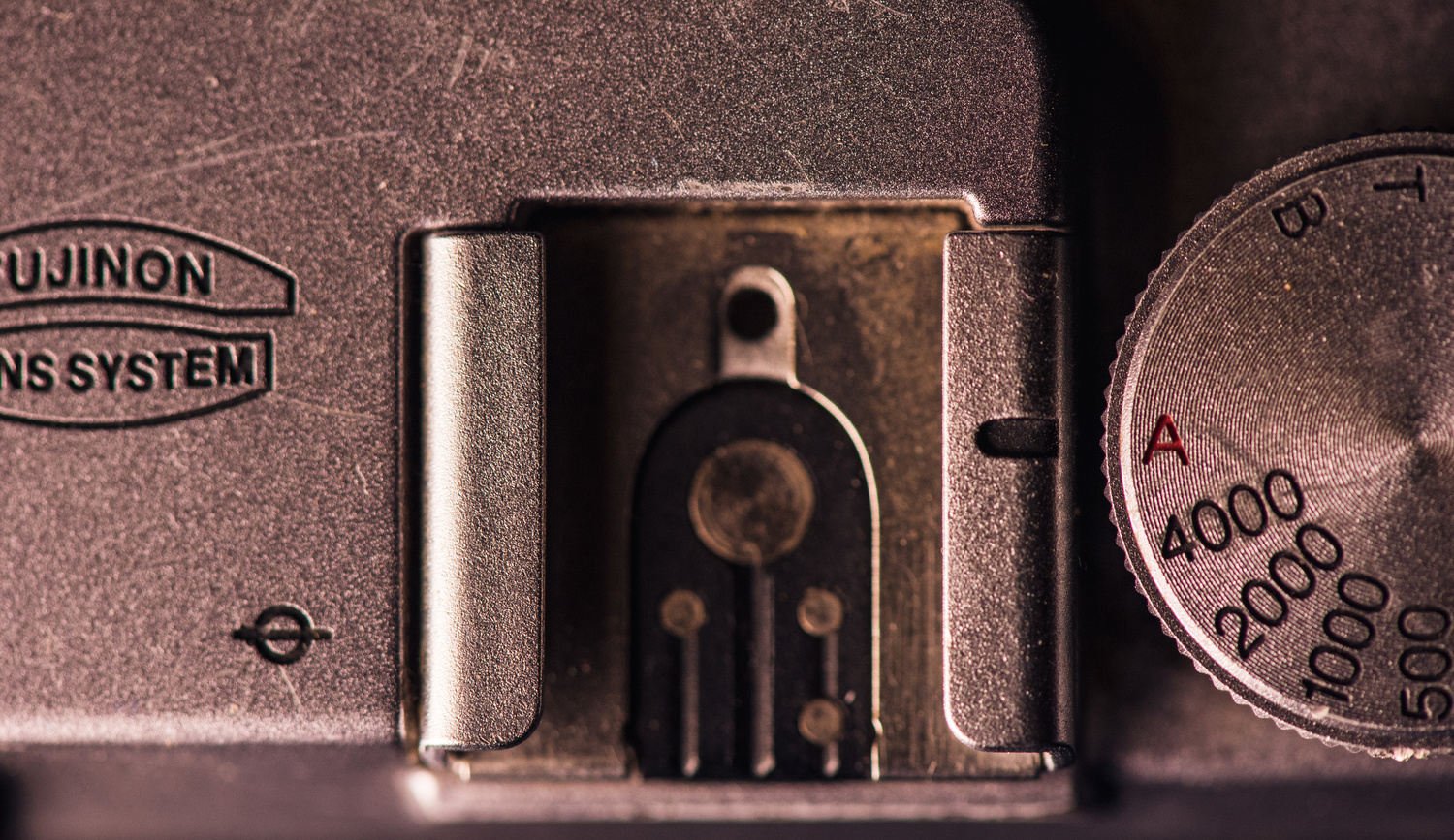 When you press a flash or radio trigger into the hot shoe, it gets stopped by the plastic part of the hot shoe. Because of this small gap though, the flash now sits just a fraction of an inch too far forward, causing the pins of the flash to be slightly misaligned. 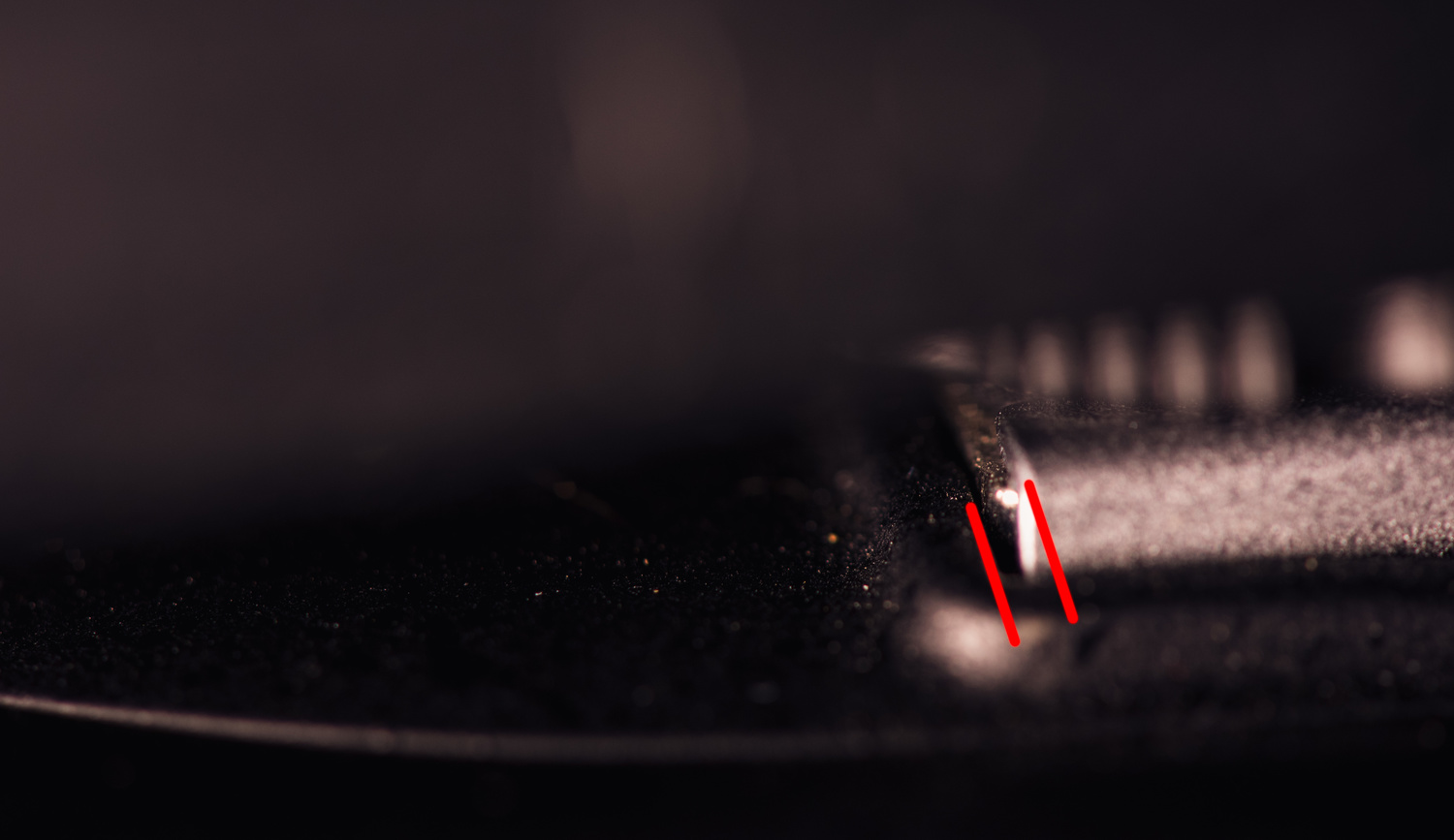 Depending on the tolerances used by the manufacturer of the flash or radio trigger, there could be a more drastic misalignment. My guess is that because of this, more expensive flashes and triggers seem to cause less of an issue than the cheaper alternatives. For example, my Nikon SB910 flashes have never had an issue, but my Yongnuo triggers always had an issue.

When researching how to fix this, one of the main fixes I found was to place a small piece of cardboard inside that gap in order to have the flash sit in the hot shoe properly. Thankfully the fix I found is a lot easier than that. When playing around with a set of triggers that didn't seem to work, I noticed that even though the locking pin was dropped all the way down, because it was misaligned, it wasn't actually fully engaged. After wiggling the trigger around a bit, I figured out that if you gently pull back on the trigger with the locking pin dropped all the way down, that you can hear an audible click when the pin becomes fully engaged. Once the pin was fully engaged, I never once had a single issue with the trigger misbehaving. So now whenever I place a trigger or flash into the hot shoe, I push the device all the way in, drop the lock pin, and then slightly pull back on the device until I hear the pin fully engage. Problem solved. 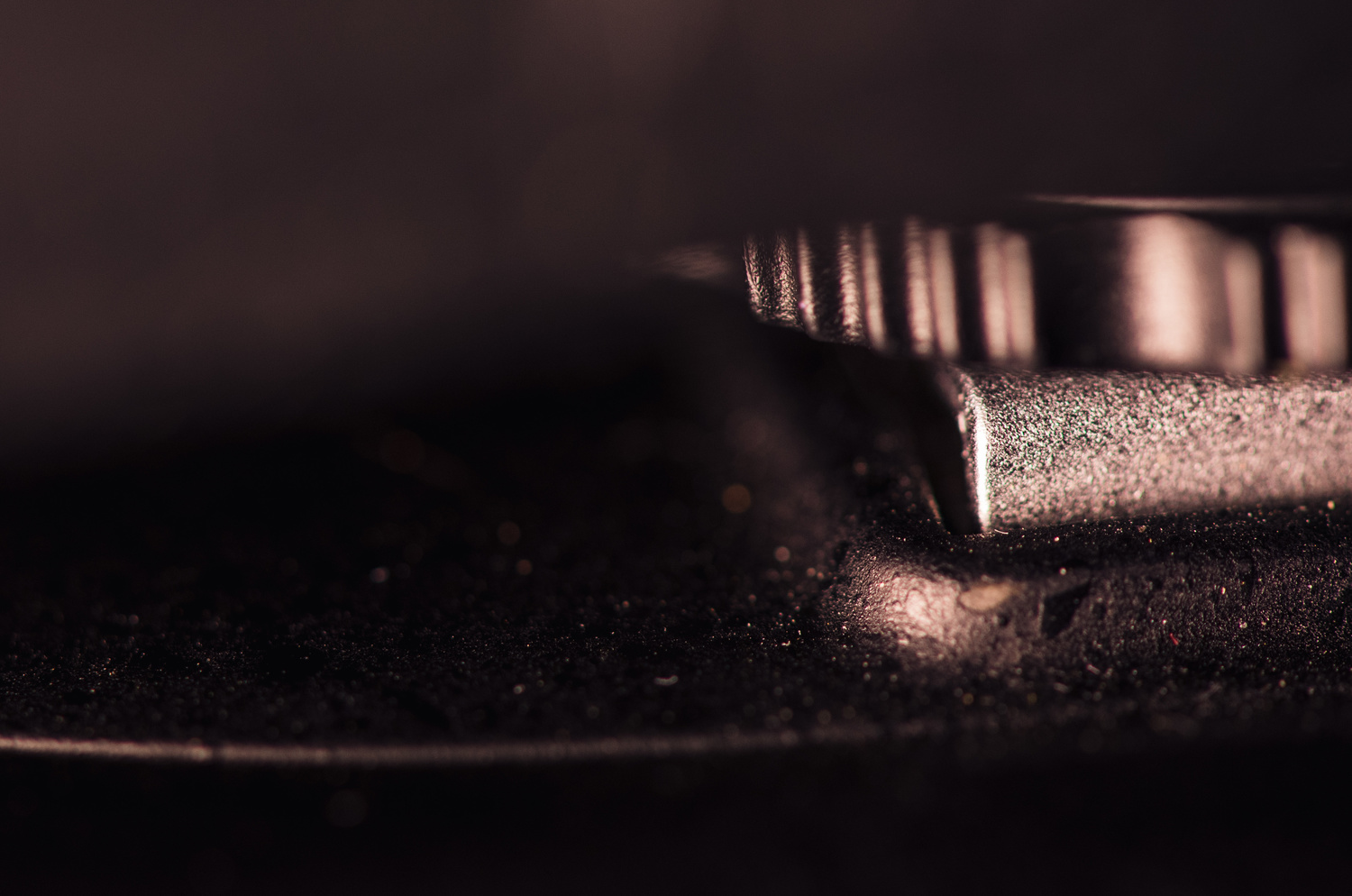 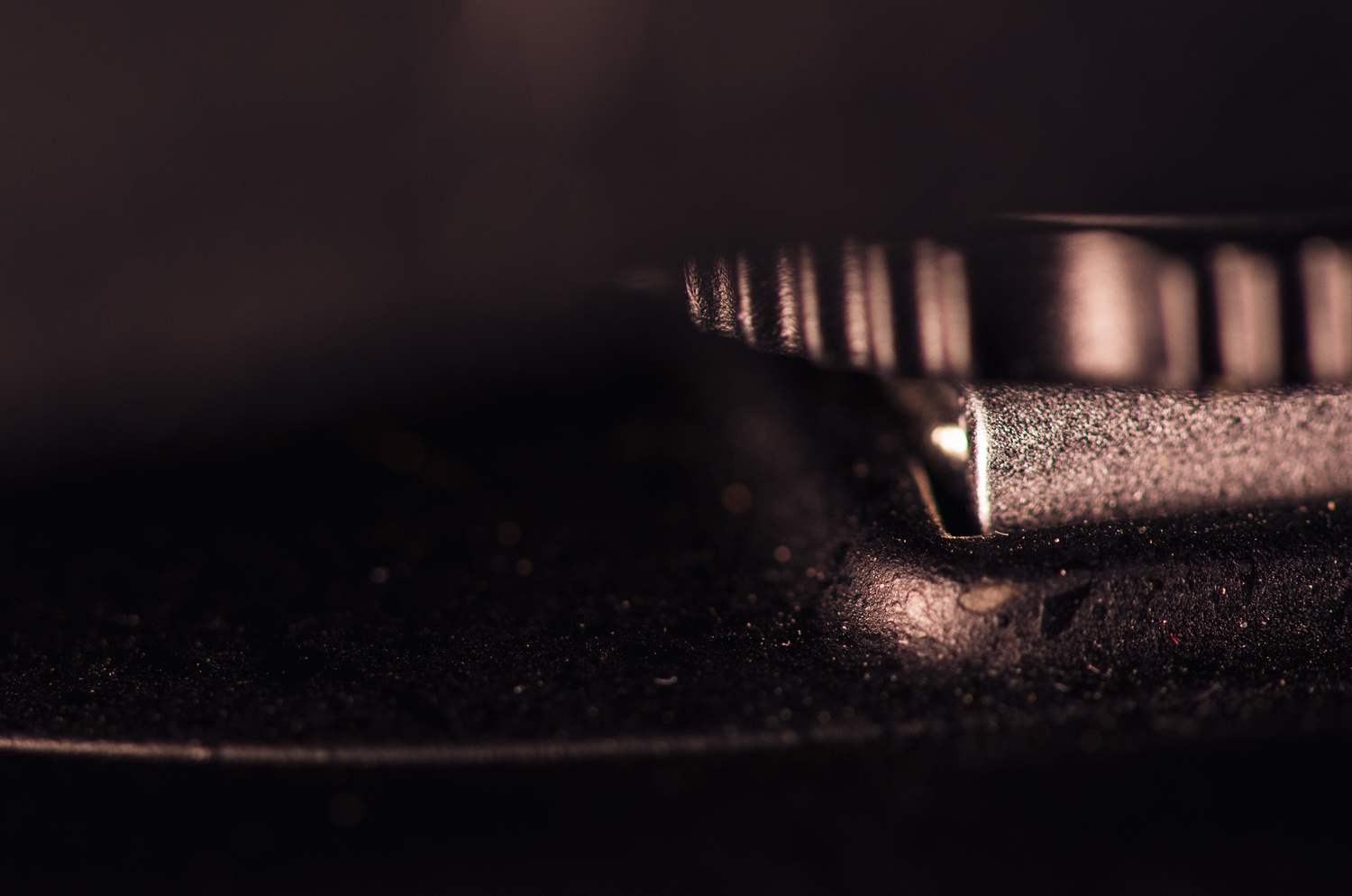 If the trigger or flash you are using doesn't have a locking pin, you can still use this fix by pushing the device all the way into the hot shoe, and then slightly moving the device back until it aligns with the metal of the hot shoe.

Have you had issue with the hot shoe of your Nikon D750? have you had to return any triggers or flashes because you thought they did not work with you camera? 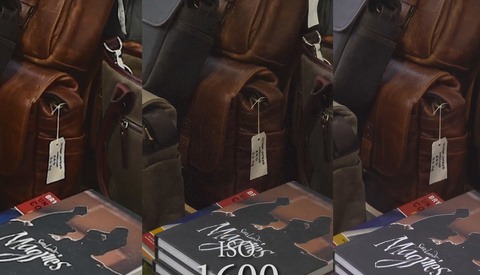 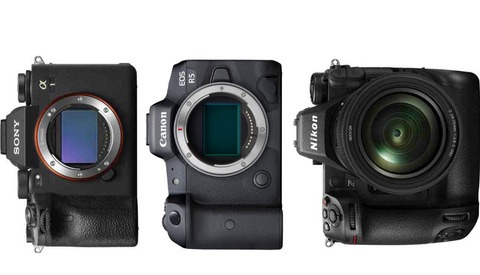 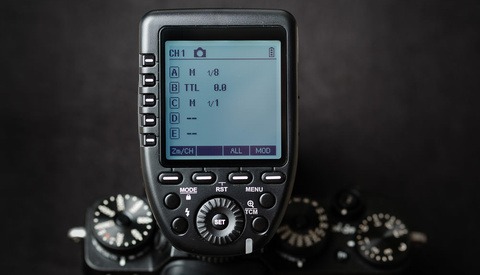 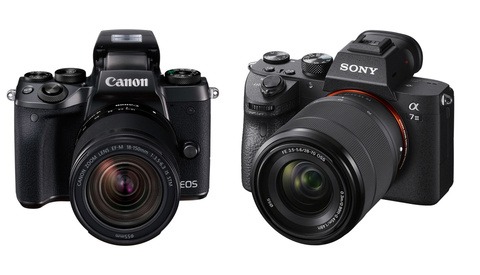 Gear / July 13, 2018
Mirrorless Smackdown: How Photographers Feel About the Future of Canon and Nikon Cameras 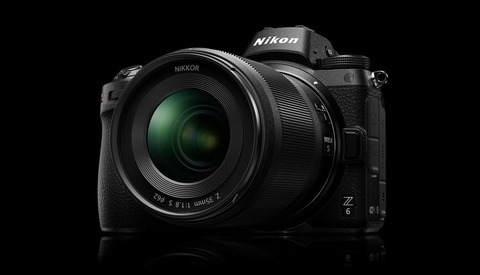 Gear / August 24, 2018
The Nikon Mirrorless System: All the Little Things You Need to Know
Log in or register to post comments
24 Comments

I wonder if this is also the case with my Nikon 610? I don't have it with me at the moment....but I'm going to look at this when I get back!

I've had a D750 for over a year and have used both PocketWizard MiniTT1 and Profoto Air-TTL units, and have never had a single misfire or alignment issue.

But I had heard about this issue in several camera forums. I never took a close look because it hadn't affected me. I am sitting here looking at my hotshoe right now and comparing it to your images and mine definitely does not have the gap issue. It's definitely not a D750 design. It appears to be a manufacturing tolerance issue. I'd say it should be covered under warranty.

EDIT: I just set it next to a D810 and D800 and the gap on the D750 is virtually identical to them. Maybe an absolutely minute fraction of a millimeter larger. Imperceptible without a close look and definitely not even enough to offset the pin alignment. This is definitely on a unit-by-unit basis.

interesting... I had never heard that some D750's had no gap? can you post an image? When did you get your body?

My D750 was fine with yongnuo triggers, the SB900, and SB700. I no longer have the body to do a visual comparison, though.

I discovered this issue with one of our D750s the first time I attempted to attach my Cactus V6 trigger to it. I determined that the gap was the problem and first tried to use cardboard to solve it. This worked, but it fell out after only a few uses. Also, the cardboard got busted up pretty quickly. I got some steel banding from a shipping supply near me. All I had to do was cut 3mmx19mm strips of the banding and press-fit it into the gap between the body and the shoe. I also did this for all of my friend's cameras as well. We have successfully repaired 10 camera bodies and all of them are still going strong.

The method suggested by the author doesn't always work in a run-and-gun atmosphere. We figured this out at a wedding (of course) and had to make something work quickly. Once we discovered the cause, our only option was to try to get them aligned and locked down. It got us through the night but was finicky to say the least. The foot on the bottom of most triggers and flashes will loosen during the course of a wedding, and making sure to pull back on your device by 2mm isn't really the best way to reliable results. With the little wedges we made, all you do is push as far as your flash or trigger will go and then lock it down. No muss, no fuss. 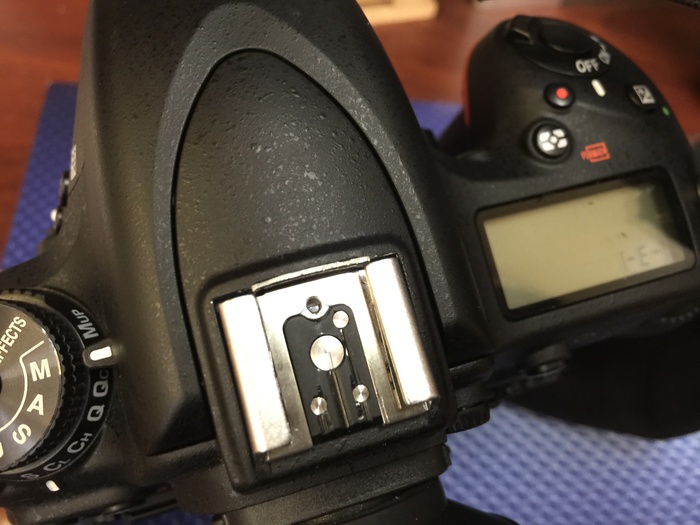 Did the devices that gave you a problem have the drop down locking pin? i have had zero issues with anything buy using this technique. It's not a matter of pulling back 2mm though as long as you have the drop pin. It's dropping the pin and slightly pulling back till it fully sets into place.

Your fix is definitely a valid option though and way better then the cardboard fix floating around! thanks for sharing!

That's the weird part, some of the locking pins don't lock. The locking pin on a PocketWizard FlexTT5 seems to work flawlessly, but the pin on a Cactus V6, a Godox V860N, and Phottix Odin don't hold correctly for some reason in my testing.

I have the same problem. But I figured out that I could just wiggle it back a little until the pin dropped. I bought mine from bh in December

Haven't had a single problem with the hotshoe with any flash or flash trigger in over 14 months of using my D750. And I use flash a lot in my real-estate/architectural photography business.

I had the same issue with my yongnuo triggers; I just put them in place, turn the knob a bit to lower the pin and then pull the trigger back until it clicks in place. No biggie.

apparently it has happened with my D4. I have 10 pocket wizards and the strobes always flash with the test button, but at times almost all have failed in the hot shoe. hopefully this will work!!

Same issue here when using Pixel King Pro trigger. It was working for me perfectly on D7100 but on D750 drive me crazy...until i read this article ! Thank you !

I`ve had no issues with the hotshoe on my D750. I use the Nikon SB 900 exclusively and it`s fit perfectly! This article surprises me? 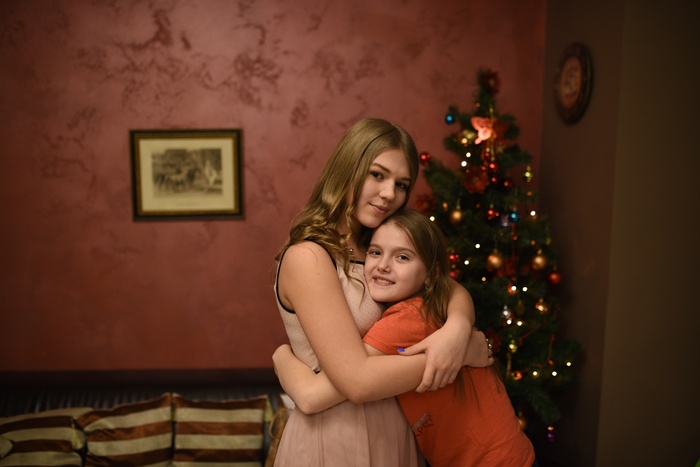 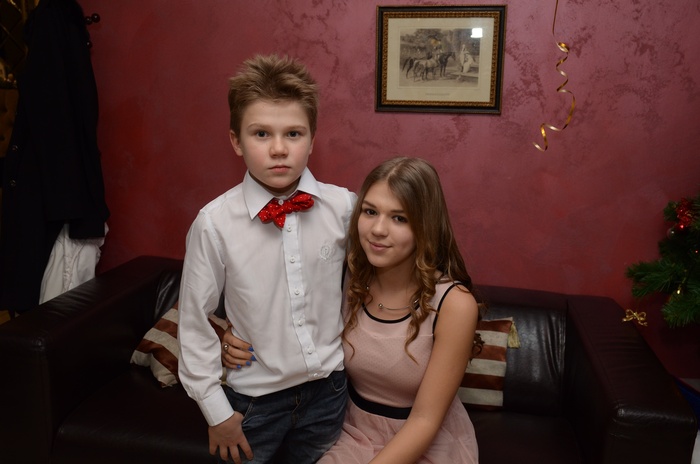 I've been so disappointed with the way my SB 700 works with my d750. After upgrading from the d700, where the SB 700 had near-perfect functionality in every type of venue, I found myself struggling with the d750 as though I were just learning how to bounce a flash. The flash almost always underexposes and there is never enough light to get through to my subjects, even when I jack it up to +1.0. With d750, I never had to go above -0.7. I thought it was perhaps the flash dying and was about to upgrade to a more powerful model. I will try this metal sliver trick and hopefully it works.

Been dealing with this intermittently over 2 years, since the D750 came out. Just found this today after messing with my triggers and flashes all that time! It just hadn't occurred to me that the DSLR could be the issue. Thanks for the head up NIKON!!

Fix doesnt work for me. I use the sb900 and yongnuo triggers. All worked perfectly in six months of having the d750. Then suddendly last night at a wedding neither working anymore... The red af light works on the sb900 but it doestnt fire the flash. Tried wriggling the trigger and sb900 but cant get it to work.....
Is this covered by guarentee? Any other fixes?

Oops sorry just figured it out... Flash set to off on camera. Embarrassing!

CONSTANTLY have this problem. And Nikon doesn't even acknowledge its existence. Need to link them to this article. I try to pull back on the trigger a little but don't seem to hear a click. Not sure what to do to permanently fix this!

Hi Nicole, I own two D750 cameras and I sent one in for hot shoe "repair" to Nikon HQ in Los Angeles 6 months ago and I was charged nearly around $300 for the fix. It works fine now and I haven't had any wobble issues or misfire issues with any triggers or flashes.

However, my second D750 is having misfiring issues and it's definitely the hotshoe becoming loose in combination with the pins not aligning correctly. I'm so annoyed because this shouldn't be something anyone has to bother with. The camera should function properly from the time of purchase... I'm sending this one in for repair this week and I bet you they're going to charge me for it instead of owning up to their manufacturing mistakes.

pictured below is the invoice from sending in my first one for repair. I wonder what the repair for my second one will be... 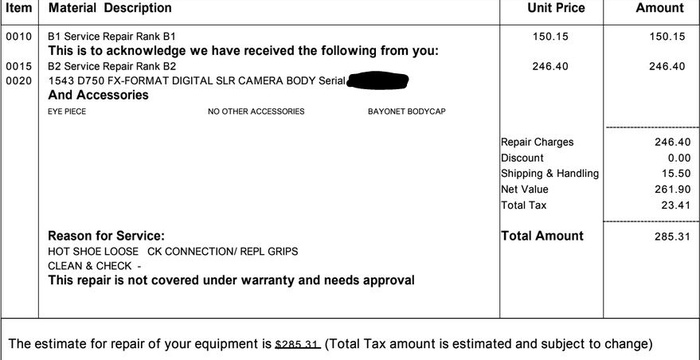 I simply twist the trigger a little counterclockwise before I tighten down. Works every time.

I can't hear well enough to hear a click.

Very disappointing that I have to stick a piece of card on my new kit !!! Ah well, become used to Nikon Quality issues (also had that oil stuff on my D600)

thank you for your article Jason
reassured after reading the details of the hot shoe gap - shows poor QC and i could nt be bothered to return to nikon. i use the 'wiggle/jiggle' method for my SB400 till the flash sits in its seat (the last method in your article). just worried the card gets wet in rain/ even little rain and might cause more problems.
Much appreciated

My problem with the D750 flash shoe & flash trigger is not misfiring, but rather removing the flash trigger after usage. The trigger has locked itself securely onto the hot shoe, and I can't get it off. I'm afraid if I try to force it off, I'll damage the camera.