Fujifilm makes some of the most interesting and beloved cameras on the market, with a range of unique designs and features. Here are three of my favorite things about Fujifilm cameras.

Fuji's controls harken back to classic film cameras, and while that retro design is certainly neat to look at, it is also highly functional. All three exposure parameters are easily accessible via tactile external dials, making the shooting experience intuitive and efficient and keeping the photographer focused on making images instead of controlling complex machinery. Whenever I have used an X Series camera, I have always been impressed by how much it felt like an extension of my body and thought process as opposed to a middleman between me and my subject with whom I had to negotiate. It is hard to overstate the difference it makes when you can keep your eye to the viewfinder and change settings entirely by feel and without thought. Though their cameras come with a share of advanced professional features, it is not an overwrought process to use them. And though the external controls keep you out of the menu system more often, when you do have to dive in, it is generally logical and well organized. This is particularly impressive when you consider that the cameras are relatively small, and real estate for controls is at a premium. Fuji knows what to prioritize, which is why their bodies are often referred to as "photographers' cameras."

Several generations in, their cameras are highly refined and capable. There is no doubt that a lot of other cameras are just as capable (or even more in some cases), but all the features in the world mean nothing (and can even be a hindrance) if the camera does not simply get out of your way.

With some cameras, the body you buy is the body you will have for the entirety of its life. This is because manufacturers generally devote the majority of their resources toward newer models that will earn them additional revenue. On the other hand, Fuji devotes impressive effort toward upgrading existing bodies through firmware updates. For example, the X-T1 has received a high-speed electronic shutter, the Classic Chrome film simulation, Q menu customization, new video frame rates, vastly improved autofocus, exposure compensation with auto ISO, and way more. The X-T2 received F-Log, programmable long exposure, improved face detection, and way more. The GFX 50S received focus bracketing capabilities. The X-Pro2 received 4K video. The list goes on.

And it is not just the high-level cameras that have received new features. A perfect example is the X-E2, which received an entirely new autofocus system in firmware 4.00. Quite a few of these features came about from direct feedback from customers.

Daring to Be Different

When the world was obsessed with full frame cameras and performance, Fuji built an entire camera lineup around APS-C sensors with retro-inspired controls. The move seemed bizarre to a lot of photographers at first, as if quirky for the sake of being quirky, but over time, the X Series has come to be one of the most respected lines of cameras in memory, and those quirky choices have become beloved both for their retro look and for being highly functional, giving photographers an intuitive control system that simply stays out of their way and allows them to work unencumbered. In addition, their performance remains unaffected by their size, making them fantastic for traveling professionals.

Similarly, while most professionals eschew quick-edit schemes like presets and the like, Fuji's film simulations have become a favorite of many shooters, providing beautiful color and tonality right out of camera. This gives photographers the option of applying them in post to a raw file or straight out of camera as JPEGs, a fantastic option for anyone who needs a quick turnaround on files or does not need or want to do a lot of post-processing work. 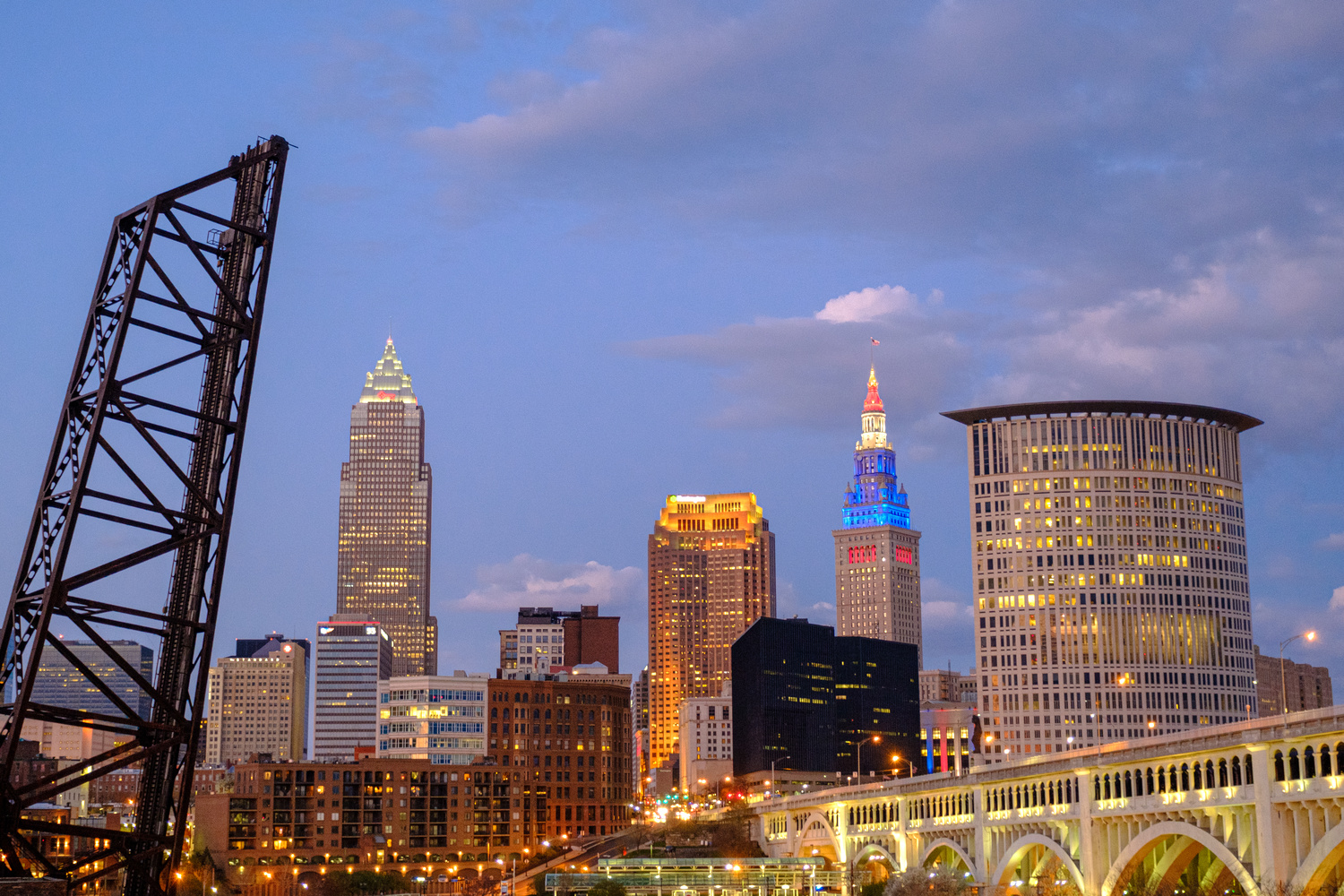 And then, in recent years, with the company looking to expand on their success, instead of starting a full frame line, they again bypassed that busy marketplace and went straight into medium format. Not only that, they made it remarkably affordable and gave it a healthy dose of modernization. Whereas digital medium format prices were traditionally well into five figures (save for Pentax), the GFX 50S was $6,500 when it was announced, competing with flagship full frame cameras on price. Granted, the 50S has a smaller sensor than top-end medium format cameras, but it was still a remarkable achievement. Not content to stop there, they then released the even cheaper 50R, which sat near the same price range as high-resolution full frame cameras. Finally, perhaps the most impressive achievement was the GFX 100. Of course, the marquee feature is the 102-megapixel sensor, but along with that, Fuji made an impressively versatile camera with a 5 fps burst rate, phase detection autofocus, and in-body image stabilization. Instead of a niche tool meant to be sat on a tripod in the studio and used for slow, methodical shoots, the GFX 100 is a versatile and dare I say, fun camera to use. But perhaps most impressive is the fact that Fuji did all this and kept the price under $10,000. Medium format is now an accessible tool as opposed to a niche thing left to rental houses and only the most top-end studios. Even if you do not use it for your own work, that sort of competition forces other manufacturers to continue to innovate and compete on price.

Fujifilm is the most unique company among the major manufacturers, and their uncommon approach has earned them a loyal following and a lot of respect across the industry, finding their way into the hands of a lot of professionals and enthusiasts.

What are your favorite features of the Fuji system? Let me know in the comments!

Couldn't agree more. I've made it no secret how much of a fan of Fujifilm I am. Their factory in Japan I visited was something else and what impressed me even more than having to don a hazmat-looking suit to enter the sterile environment, were the people. They genuinely cared about the brand, the brand's heritage, and what you thought of their cameras and work. Many brands today seem soulless, perhaps due to their size, but Fuji seemed closer to a family business than the titan it is.

All I know, every time I pick one of my cameras up it makes me smile, it’s packed to the hilt with features and has a range of awesome lenses, I use the X-T2 and it can either be an ultra compact street camera or large performance camera with grip and 16-55 attached. My main genre is Landscape and I never get home and feel like I could have gotten something better with another camera.

I was using Canon EOS 5D Mark IV when I bought Fujifilm xt2 as a secondary camera. Then I started liking the xt2 more and eventually upgraded the xt2 to xt3 when it was released.

Then I traded up my 5DMIV + 6 L glasses for GFX-50S + 45mm & 63mm primes (with some additional cash). Now, I don't feel a need to buy a new camera (2 years sober now). I enjoy using these cameras and they make me wanna take them out and shoot.

Next upgrade will be when they release mark 2 if GFX-50S series.

Nice setup. I’m hoping they bring out that modular concept GFX as that small ‘back’ would be ideal with a couple of lenses for me.. im focusing on warranting that purchase by getting better first though, happy to stick with the X series until then.

Why would you want modular?

Google the concept.. I shoot Landscapes so would get the basic part of the camera only, keeping it small and company without extra bulk that’s not needed. I could then pack that with a couple of lenses like the 21mm and 32-64

I appreciate what modular is - I never really saw much use even when I owned a Mamiya back once a long time ago. At the end of the day size? ... well the gfx50r in particular is basically that but with better controls

Basically for me, and I’m not expecting anyone else to agree with this, that modular concept Fuji released last year looks the perfect size and weight to be carrying in a backpack all day, the 50s is bigger and heavier than a full frame camera, and also very expensive

I switched over about 3 years ago and I’ve been very happy with the Fuji system. Your article hit some of the most impressive things about Fuji.

Also exciting to see another Cleveland based photographer.

I shot the 5dmkII for over a decade, and never really felt the need to replace it. It was that good. But then I bought an old and cheap X-E1 because I wanted to take something better than my iPhone to the park with my 2 kids (aged 2 and 5). After 6 months I realized that I was using the X-E1 about 75% of the time, despite it's clearly inferior (although still pretty good) IQ in relation to my Canon. It was just.. fun. Light. It made sense immediately (this may be because I "grew up" on Prakticas).

Dumped my EF lenses, and bought the X-T3. Never regretted it.

Took up photography around 2 years ago....walked into the camera store and the salesman put a Fuji xt2 and a Nikon on the counter.....was immediately drawn to the Fuji cause of the retro look and the dials..( didn't actually know what they were for !!! )...and thought the Nikon was plain ugly..have loved the Fuji ever since...the only time I go into the menus is for white balance or film mode....everything can be done with those dials on top..simple is good...have slowly built up lenses....35mm f2.....23mm f2....8o mm macro and 18-55 which is great as an all rounder especially for travel and means it's the only lens I take with me

Not sure if this is the best place to plug an AE based moving company though.

I’ll tell you one thing I really do want Fuji to do: bring out native Shift Lenses!

i don't need them at all, but i have no doubt that's both a step to reach a broader market as much as it is an opportunity in the market for current fuji users. also a wider and faster than 14mm F2.8 for astro-photography. Loawa and Rokinon make them, but not fujifilm.

camera wise they have an amazing array of options and it seems like the XH-2 might be a beast.

If only a third party company could develop decent, small manual lenses with electronic contacts and proper aps-c focal lengths. I would have been interested in a Fuji except I don’t care for their lenses and would really like manual lenses. Ended up with a Sony A7III and Voigtlander manual lenses but having the retro controls plus good quality aps-c manual lenses would be great for street photography, imo.

I guess a great fourth thing could be the overall very affordable and great quality glass they offer. Esp. the primes are beautifully designed and made. Even their weaker lenses (like the 18mm f2) are still quite good compared to low-priced alternatives. The possibility to have fully functional M-mount glass on esp. the X-Pro line is a great bonus.