Why Every Photographer Needs to Embrace Video

I've been holding off on learning video ever since I started my photographic career. Having now taken the plunge, I can safely say that I wish I had embraced video sooner.

When I was an 18-year-old, doe-eyed, first-year in college, I had grand aspirations of becoming a film director. The first course I ever attempted was video production, and I sucked at it, not because I couldn't grasp the concepts, but because I put in zero effort. And, when I say "zero," I mean I dropped out of college after one year, never to think about film again — until now. I'm not saying that I now suddenly want to become a director again (I don't). What I am saying is that video is not only helping my photography business, but I've found the learning process to be incredibly exciting and creatively enriching.

Why Video Is so Important for the Modern Photographer

It's obvious when you look on YouTube and even from a quick perusal through this site that photographers everywhere are embracing video as a marketing tool. Not only that, but some of them are making decent money with it. From vlogs to tutorials, if the content is good enough, people start to pay attention. This in turn gives the photographers a platform to market high-end, paid-for tutorials and workshops. Added to that, as their channels grow, brands start to become interested and eventually offer to sponsor some of the creators' videos.

A Hill To Climb

Many of these men and women make it look so easy, and I've huge respect for them for putting in the time and effort to create these amazing resources for us other photographers and videographers. But don't be fooled, it is a steep learning curve. However, I would argue that photographers have a head-start by already being able to control a DSLR in manual mode while also having a "natural eye" for composition and light. With all that in mind, I decided to start with what I knew best: still photography. 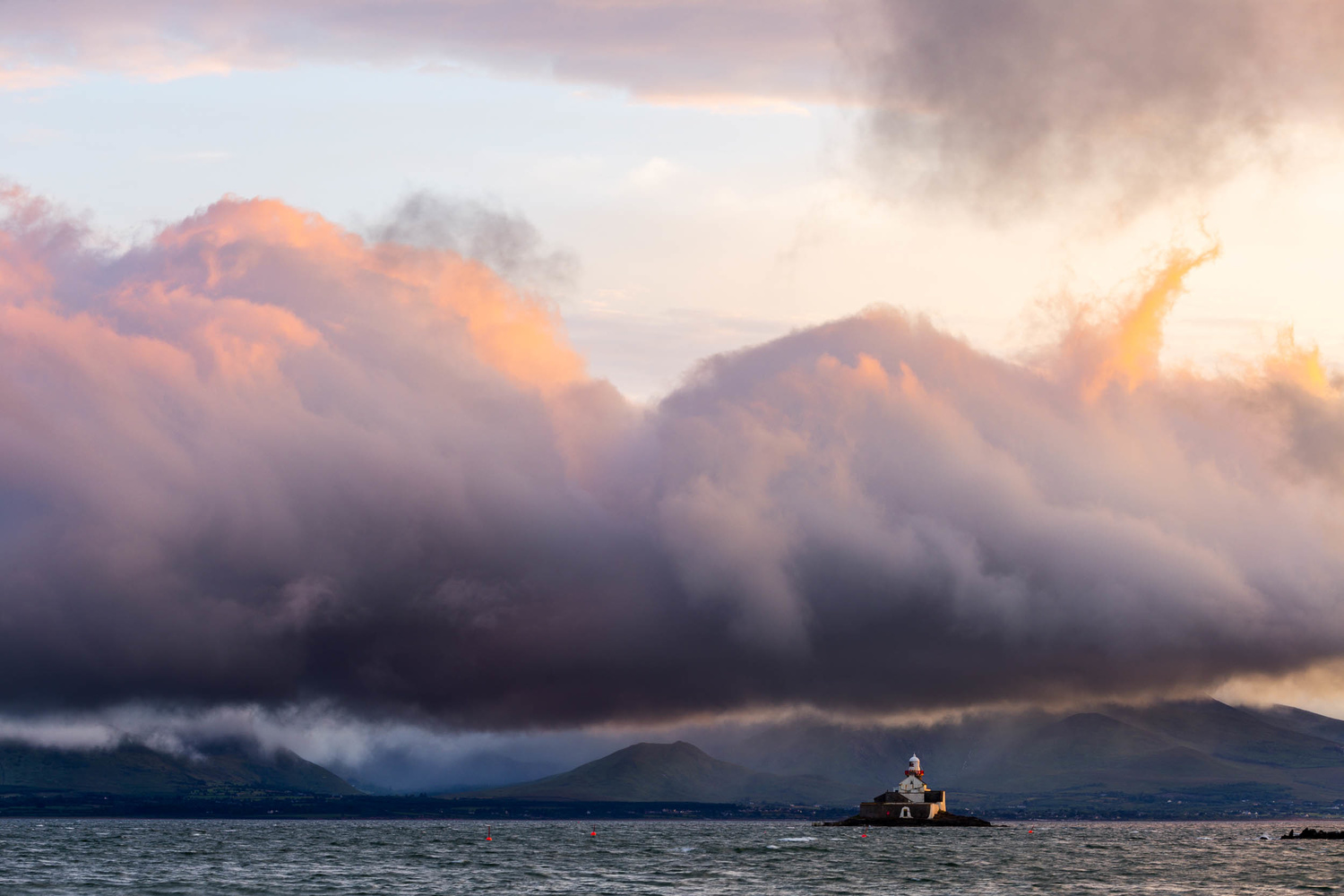 Amazingly moody and windy scene. Perfect for a time-lapse.

Yes, my very first video is a series of photographs. Please, stop laughing and let me explain. Putting together a time-lapse seemed to be a natural way to ease myself into the world of video editing. Also, seeing as I'm only subscribed to Adobe's Photography plan, I didn't want to fork out another $500 for Premiere and After Effects if video is something I might not pursue in the long run, so I decided to download a free version of Davinci Resolve. Resolve was originally a professional color-grading program, but in the last few years, they've integrated an editing suit. The free version has very broad functionality, and it seems quite similar to Premiere. I might still end up purchasing (renting?) Adobe's full CC plan, just because all their apps are so well integrated, and from what I've read, Premiere is just a better editing program. Anyway, my point is that I'm a practical person, and this was just to dip my little toe into the world of video.

An Ocean To Swim

Now that I feel like I'm swimming in it, my mind is open to new possibilities. And that time-lapse? Putting it on my Facebook page gave me an organic reach of just under 7,000 people. For some perspective, I have just under 600 followers on Facebook with an average organic post reach of about 200. That calculates to an increase of 3,400 percent. I know it's technically not a video; it's a time-lapse, but I had to edit together the title sequences and the music. Getting footage is only a small part of the video-making process. Being able to edit is another piece of the puzzle, and that puzzle starts to get very complex, very quickly if you want to start recording decent audio and adding fancy transitions.

While I initially decided to try video in order to help with my marketing, ideas for creative projects are now flooding in.  Will those projects help my business? I've no idea, and it doesn't bother me, because I'm so excited about what I can create.

If you would like to learn video (and I think you should) Fstoppers has produced an incredible tutorial, "Intro to Video: A Photographer's Guide to Filmmaking," which starts with the basics, but also has some advanced stuff for the more seasoned videographer. I know I write for Fstoppers, but the tutorial really is so helpful, not least because it gives us a great insight into how they produce such high-quality material with a relatively small crew.

Any recent converts in the crowd? How have you found the transition from photography to videography?

Documentary / June 21, 2018
'In the Starlight': A Film About Photography, Adventure, and Family

I find titles like this one off putting, very absolute.

Well you clicked on it and commented under the article, so it was actually the opposite to "off putting"!

"Every photographer" is broad, absolute statement. But it's just the author's opinion, anyway.

That is a given.

This is like saying: every painter should embrace photography ( even if for marketing purposes ). Not really .....

Editing video taking a lot of time to perfect it . I only use an autopilot editor , it's do your work so you can find a good video and let it do the job . I got it from Dan Green and this is his latest creation on software editing too. Here's the product - https://bit.ly/2nvcTnR