Why Fear Is the Enemy of Great Photography

If I had a nickel for every time I witnessed a photographer missing out on a great photographic opportunity in the name of fear, I'd be a rich man. Fear is one of the most powerful forces that holds us back in our lives. Fear of failure, fear of rejection, fear of embarrassment, or fear of injury all play a huge role in our decision making by clouding our rational judgment. By letting fear control us we let it define the limits of what is possible. Never let fear play a key role in the creation of your art.

Not Wanting Something and Fearing It Are Different

As a preamble to this article, I wanted to make an important distinction in that fear is a very different thing than simply not wanting something to happen. For example, I don't want to get in a car accident, but at the same time, I don't experience terror every time I hop into my car. Not wanting a certain outcome is something that you control, fear is something that you let control you. Always be aware of negative outcomes that you want to avoid but instead of fearing them, take steps to lower the odds of them happening.

The most common form of fear that I encounter in budding photographers is a fear that they will be rejected. I see it time and time again, they will complain that they can never find the perfect model to work with or can't visit the perfect location to shoot. After a short conversation, a fear of rejection is almost always revealed. More often than not, the photographers who are unable to find great models to work with have never even tried asking a higher quality model to shoot. They are too afraid to even put their foot forward and ask. No great evil will come of asking. I know we all play through those ridiculous fantasies in our minds where the model accidentally interprets the request as predatory and the next thing you know you are surrounded by police officers. In reality, this sort of thing never happens (unless, of course, you actually do something predatory). If you act like a normal, reasonable human being they will do the same by either offering a polite rejection or they may say yes. Worst-case scenario you overcome some rejection and move on. No harm, no foul. There is nothing to fear. 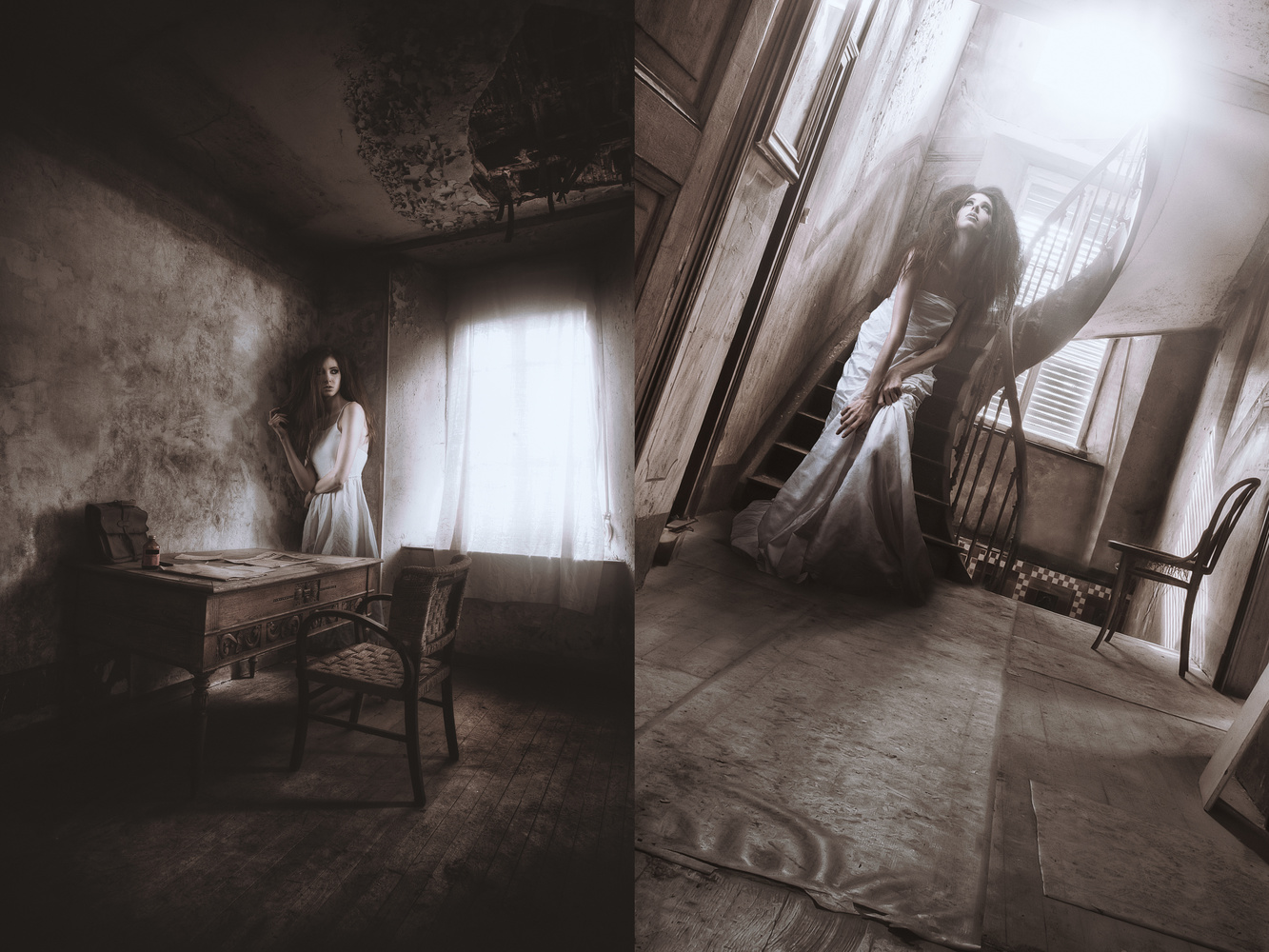 Plan for the Worst, Expect the Best

Fear often stems from a sense of an inability to cope with an extreme situation. Learn to become proficient at predicting reasonable outlier situations so that you can aptly prepare for them. Sometimes things will go poorly. That's life. A true pro is defined by their ability to adapt and overcome unexpected and sometimes extreme situations. Most of the time things will go well, some of the time things will go horribly wrong. If you are always prepared for things to go horribly wrong there won't be anything to fear.

Repetitively Confront What You Fear

Fear largely is built on a sense of the unknown; You don't really understand a certain situation so learn to fear its outcome. The best way to overcome your fears is by facing them. Acknowledge what you are afraid of and do it so repeatedly that what you fear becomes benign. If you are afraid of heights but want to be a great landscape photographer then the solution is to go up to high places repeatedly, not decide you will only ever shoot low shots. Be safe, be vigilant, and be relentless. Teach your brain that a fearful situation is one you are more than prepared to overcome. Bravery is not some arbitrary virtue that you either have or don't have, rather, it is a strength that you must work to build.

Sometimes shoots don't work out. I've got a secret for you, however: failure is where all the greatest learning comes from. We rarely learn from our successes, rather, we learn when we push the envelope and fail. Failure is inevitable. Those who truly succeed at anything only do so after a string of failures that they continually leverage as learning opportunities. Translate that to your photography. If failing at 10 shoots in a row means you finally succeed spectacularly based on what you learned while failing, each of those failures was pivotal in the success. Embrace failure and always learn from it. There is no bigger waste than a failure not evaluated for why it failed.

Even if you were to become the best photographer in the entire world there will always be those who are critical of what you are doing. In fact, the better you become, the more people will become eager to tear you down. Don't let them. Take criticism that is valuable, ignore the rest. Whatever you do, don't be afraid of criticism as that fear can quickly poison your motivation to create which is the beginning of the end for any photographer. 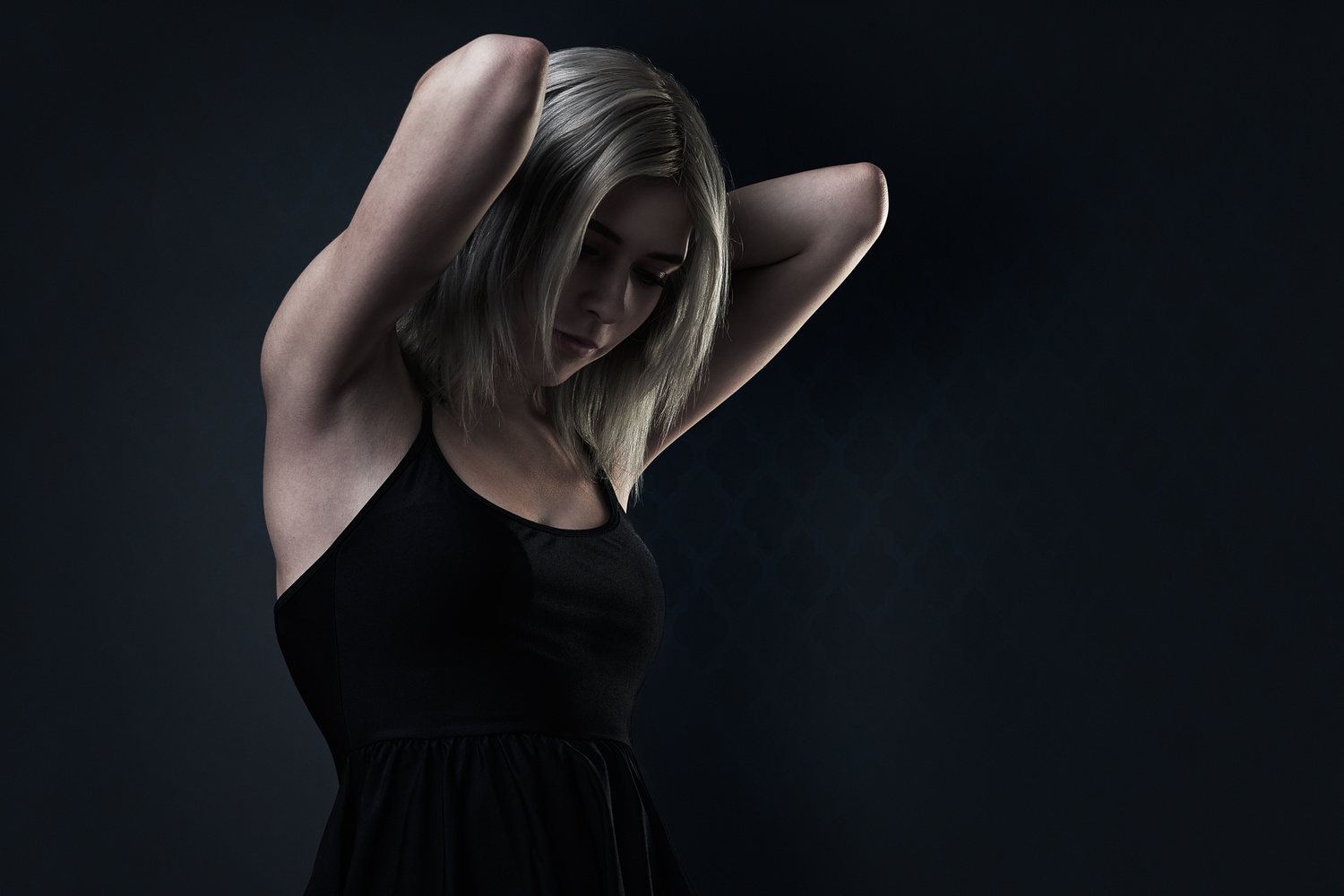 To some, this may seem ridiculous, but to others the fear of success can become as suffocating as a fear of failure. Most often a fear of success is driven by manifestations of imposter syndrome in which the photographer believes that their success is unearned so they come to fear being outed as frauds. The free market is a wonderfully accurate marker of quality, it doesn't gift a product with success unless that success is deserved. You may not always agree with what the market rewards with success but there are no accidents. If your work reaches organic success in any form of currency, whether it be dollars, or likes, or followers, that success is earned and you deserve it. So long as the work you are creating is honest and of impeccable moral fiber, you have nothing to fear from success.

Your fears are the most brutal self-imposed shackles that you could ever be chained to. Fortunately, you carry all of the keys. The willingness to unlock the restraints of fear to allow you to become the best photographer that you can possibly be will be one of the most empowering moments of your pursuit of photography. Never let fear command you, for it is a poor commander. Work to push fear aside and replace the irrational with the rational. You will quickly find rational responses to be far more productive and far more likely to effectively manage extreme situations. Finally, never forget that fear often runs counter to success, so don't let that situation happen to you.

Education
10 Crucial Values You Need to Know in Landscape Photography

Opinion
Is Consistency Actually Important? What Even Is It?

I'm afraid this article is spot on. :-D Thanks Ryan, great piece and strong images.

One thing that helps me during my 'Repetitively Confront What You Fear' phases is to expect nothing. What I mean is that if you have never tried a particular type of photography or lighting then don't expect great results from the start. If it's your first photo shoot of a particular type expect to learn a lesson and bring no usable images back home. If you do take some good shots it's a bonus. This attitude helps me take the pressure off myself and allows me to try things that may or may not work but will help me learn either way. If I make myself look like a fool then it's OK, I'm not here to take great photographs anyway, I'm here to learn and try new things, remember?

Keep doing what you are not great at and at some point, while still expecting nothing, you will start bringing more and more good photos back. Eventually you will feel some confidence in your newly learned skill and, well, that's when the fear is gone.

Well written and accurate. If you're not challenging yourself, you're not going anywhere..!

The fear I have with my photography stems from me not knowing how to direct my subjects. If I could get direction down that would be like winning the lottery for me. I would have life made. Everything else photographically would be cake. I know my lighting, I know my gear, I'm not afraid to ask if some one would model for me, I'm not afraid to ask if I can shoot at a location or just shoot there anyway. I want have confidence in my direction skills. That's what my Achilles Heel is. When I go to direct someone my mind goes blank and I can't think. D:

I've played F.E.A.R., never finished it.
Now, without goofing, yes i've seen myself on this edge quite some times and lost some grear oportunities, not to mention that after making 30 i've actually stopped photographing and killed my career as a photographer.

This is an article I'll look back on again and again. I'm guilty of a lot of these but thankfully I've not let them get the better of me. It's certainly not easy but the rewards for practice and determination far outweigh the negatives of just giving up. Thank you Ryan, this is a great article.