Why Was Her Canon Better Than My Nikon?

We had spent several hours hiking and arrived at the viewpoint. You know the score: unholster the camera and start shooting the bucket images. You've got to go through those inspiringly uninspiring captures to allow you to work the scene, gel with your mates, and see if some of the magic of the setting flows. I try to work towards something a little different; more dramatic, less dramatic, unveiling something new. We came back together as a group in order to compare how three very different photographers imagined the scene. Two of us were shooting Nikon, one Canon. And damn, those Canon images were just singing off the screen.

I looked up and thought, "What the heck?" Damn Canon, damn them. I've been a lifelong digital Nikon user because, well, they're better, aren't they (OK, personal opinion)? But the images on my Nikon looked dull and lifeless, while those Canon ones just breathed dynamism. The Nikon aficionados scratched their heads, then started stamping their feet.

I looked back down again and then realized there was no screen protector on the Canon, while my Nikon had the supplied plastic clip-on one. No wonder the Canon looked better. I took the protector of the back and, apart from the slightly less vivid picture profile, the images looked pretty good. I hated that screen protector. The thick plastic just absorbed the light emitted by the screen, robbing it of the richness the images really had.

That made me think, why are Nikon supplying a crappy clip-on bit of plastic to do what's arguably become the most important part of the photographic process: review and assess? It wasn't just my D700, but also a D810. Both came with the same little bit of plastic.

Surely someone must have noticed this. And yes, of course, there are a plethora of suppliers who provide high-quality plastic or glass stick-on screen protectors. My medicine of choice in this instance was the Brotect screen protector made of “AirGlass.” Supposedly extra-light (it is!) and extra-hard (haven't tried that bit yet). But what it definitely has, is glass-like clearness. The images looked impeccable through the protector.

That naturally led to the follow-on question of why on earth were Nikon still supplying such a poor accessory with their product? It beggars belief that you can have such a technological marvel where the most mundane aspects of the product are, well, rubbish. I mean, really, when was the last time someone at Nikon gave even a cursory thought to the screen protector? The D850 now eschews this approach due to the tilt screen.

That then made me think, are there any after-market accessories that are genuinely better? Well, I'd throw in a micro-USB charger for my Nikon (such as this one). Why can't I charge my battery in-camera (Sony has been doing it for years)? Why supply such an enormous charger and cable? Just give me a svelte micro-USB variety that I can just plug into the fast two amp charger I take everywhere?

It really is in the details. I'd like to think that a product I am paying several thousand dollars for has been meticulously thought through. But this isn't always the case. Are there any other aftermarket wonders out there?

Images by Pexels and wmvw via Pixabay.

Is this a satire piece or something !?

You've succumbed to a blame game. Ford doesn't make a "better" car than GM or Chrysler. Ford makes a _different_ car than etc. If that difference doesn't suit you, or _you_ can't advantage it or move beyond that then _you_ are only proving the old saw of "It's a poor workman that blames his tools".

Judging to one of his reply here below, it is not... I'm speechless.

Is this satire? It's the back LCD screen, it serves a purpose. Who cares if it looks good or not.

Yes, the general quality, brightness and richness of the screen. I was surprised at how much the screen protector took away

I havent seen what comes in the box with the D850 - the D810 does, but maybe with the articulated screen theyve ditched it now

The charger bit drives me nuts too.

There's no way to charge my Olympus battery via USB, so I have to get this inverter so that I could charge the battery in a car on a car camping trip. :/

Tell me about it! Its so irritating having to have a clunky charger. SOny has the right idea on this one

Ohhhhh boy have I got an item you're gunna love. Me mum got it for me for Christmas. It's called the "Halo Bolt". It's basically a really big power bank. It has 2 plugs for USB charging, a wall outlet style plug for charging or powering any device that has a power draw of 65 watts or less, it also has a plug for Included jumper cables so you can actually jumpstaart your car with this thing and it actually works, The cherry on top is it has a built in flash light too. You can recharge the power bank it's self by using the inluded wall charger or car charger. it holds about 58,000mah of charge. My mom said she got it from QVC for like a hundred bucks. I love mine. 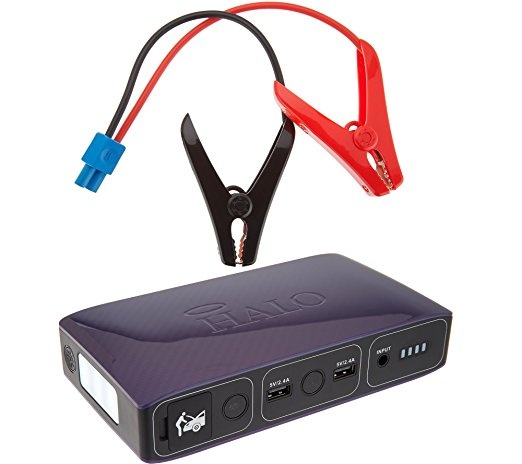 OMG! That thng is amazing! Starting your car... that made my jaw drop!

Hahaha yeah! I had no clue anything like this even existed until Christmas day lol. I use it all the time!

It's time the camera guys caught up with the phone guys. Actually the battery is quite big, so they'd have to redesign the camera to cope with the heat from charging and support USB QuickCharge.
I guess the camera replacement cycle is slower than phones, so design changes are slower from generation to generation.

Everyone just assumes they should use it - but better off not!

Everyone? I almost never use it unless I know it will be rough conditions. It's a protection that has the benefits of being transparent but still just a protection, not a screen enhancer.

Are you hammering NAILS in with your DSLR screen?? Ive owned umpteen Nikons since the original D100 and have NEVER sustained a scratch or chip to the glass screen - they're pretty tough stuff - and I give my cameras a lot of punishment!
THROW AWAY the nasty plastic "protector" is my advice.

I totally agree. Nikon are idiots for including an optional detachable LCD screen protector. It confuses end users and makes your shots look terrible where it matters most: on the back of your camera.

Nikon, take a note from Canon and do not include the optional screen protector. You are fools, no wonder why people are losing faith in Nikon engineering.

Thats an interesting thought - take the protector AWAY to give the end user a better experience. I really dont think Nikon have ever questioned it

I hope you are being sarcastic, because I was

I am not sure the idiots are Nikon's people. First time I'm hearing complaints about more stuff for a price. You might want to ask them to remove the A,S,M positions. And all those ISO settings. And the lens cap. Because sometimes I forget to remove it.

I thought what was going to be said in this article was how much better the Canon photos came out than the Nikon ones once up on screen.

I don't normally say this about even fairly trite articles, but what is the point here? If you don't like that plastic cover protector (I don't like them) then buy a glass stick-on protector like I did. Oh wait, you did too. What's the issue then?

And if this is satire, well.... keep working at that.

Just the more general point about after market products that are BETTER than the ones manufacturers supply - screen protector, battery charger. Are there any others that spring to mind?

To complicate things, aren't the images on the screen down-rezzed JPEGs just to help you assess composition and basic focus and lighting? I've had days when I feel like the screen (Canon; no protector) is showing something a bit uncontrasty, but the work looks find once I've put it on my monitor.