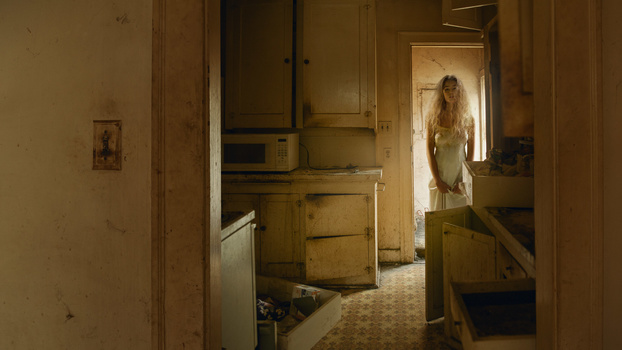 My friend found this awesome abandoned house in Portland which has reached this glorious state of decay in which all the surfaces have seemed to meld into one monochromatic palette. The house is empty, save for a lone refrigerator standing sentinel in the middle of the dining room and the remnants of a shrine of fake flowers haphazardly strewn across the floor.

The place is super eerie as you walk in, even in daylight. The hallway sucks up the light like a blackhole, but light streams through an opening in the wall where a fireplace formerly stood, backlighting the dust motes and highlighting the fridge, as if to cling to the last vestige of occupation.

Walking into the house, I immediately knew I wanted to create a cinematic scene. I'm a huge horror movie fan and the house all but begged for a spectral figure haunting it's halls. I recruited an awesome model to pose for me in my studio since I didn't want to get hit with a lawsuit for exposing her to black mold. With some awesome old dresses I ripped up and dyed in coffee the night before, and some great special effects makeup (who knew that cocoa powder would so effectively mimic dirt?) we managed to composite this image together.

I really like how she blends in with the tones in the house. Cool spot 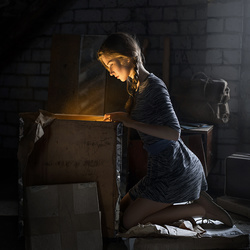 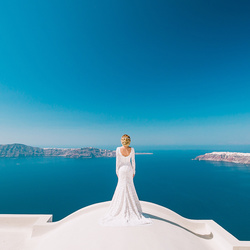 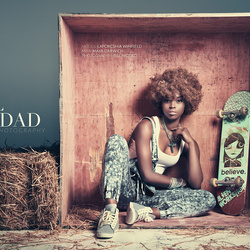