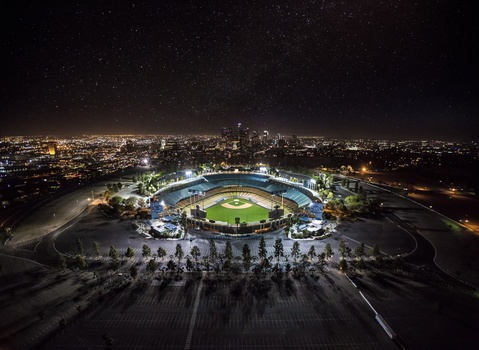 I took this photo of Dodger Stadium while hanging out the side of an R44 helicopter. Originally we were supposed to fly at sunset, but the Dodger game went to extra innings which extended the no-fly zone around the stadium, so we couldn't get up until after dark. But I love the way the brightly lit stadium sits perched above the Los Angeles skyline. Still, I found the black sky a little bland, but being in a helicopter over the city there was no way I was going to capture any stars. So I composited these in from another photo of the southern sky taken a few days earlier.

Beaurtiful! Are you willing to tell your settings like ISO, lens opening and shutter speed? Camera?

Great shot and angle. Love the size of the parking lot and the little bitty green space.
The edit is seamless - the glow above the horizon is right on. Nice work. 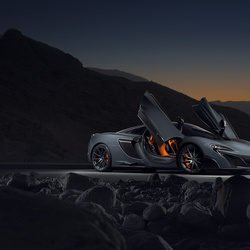 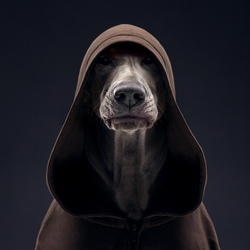 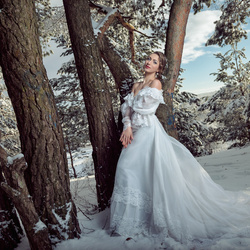 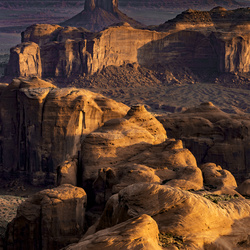 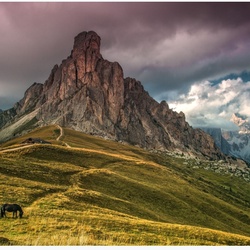 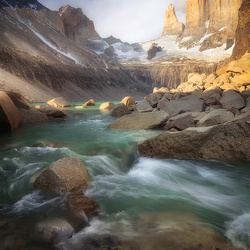