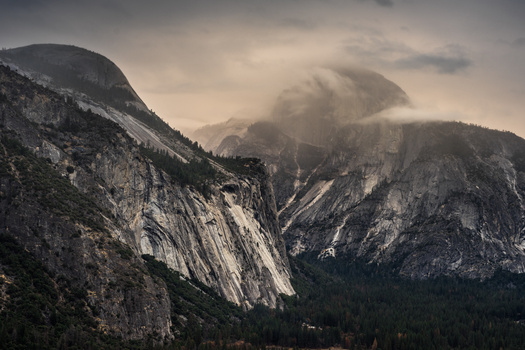 The horizontally composed counterpart to my Cloudy Half Dome, Yosemite photograph. Although originally intended to be black and white, having already produced the vertical composition in black and white, I decided to make this a colour image, as the lighting was quite interesting and unusual for a Yosemite landscape shot, although not what I had anticipated.