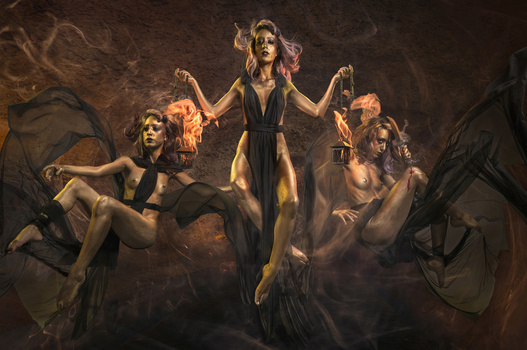 Hecate is a goddess in Ancient Greek religion and mythology, most often shown holding a pair of torches or a key and in later periods depicted in triple form. She was variously associated with crossroads, entrance-ways, light, magic, witchcraft, knowledge of herbs and poisonous plants, ghosts, necromancy, and sorcery.