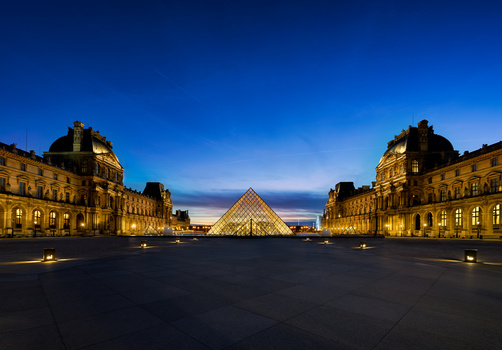 The Louvre is the world’s largest art museum and a beautiful historic monument in Paris. Even if the palace itself was built during the 12th and 13th century, the most iconic part of the museum was completed in 1989.

When planning this shot I knew that I needed to found a way to frame the Louvre Pyramid and the palace itself in one photo. After having scout for about 30 minutes I found the right location. And even if the sunset wasn’t epic, I managed to get a pretty descent shot of this beautiful place.