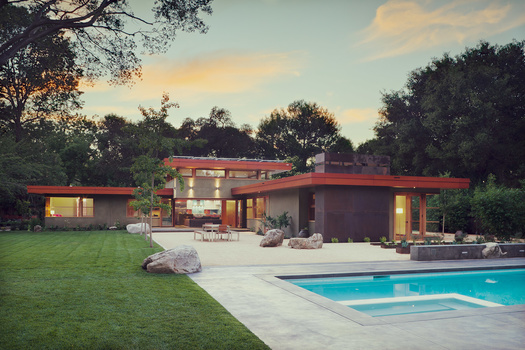 Client William Duff Architects. Wheeler Residence, Menlo Park, CA. This was my first project for WDA back in 2007 and we're still working together seven years later. I was still very new to commercial photography back then; I'd only been working for two years. I didn't use any strobes back then so the only light represented was natural. I was still used to 4x5 film so when I moved over to digital, I was not happy with how "thin" the images looked. I edited this work to compliment my desire to build up digital images enough to look as though they were captured on large film. This photo has been on the cover of several magazines and newspapers including Small Firms Great Projects and the San Francisco Chronicle