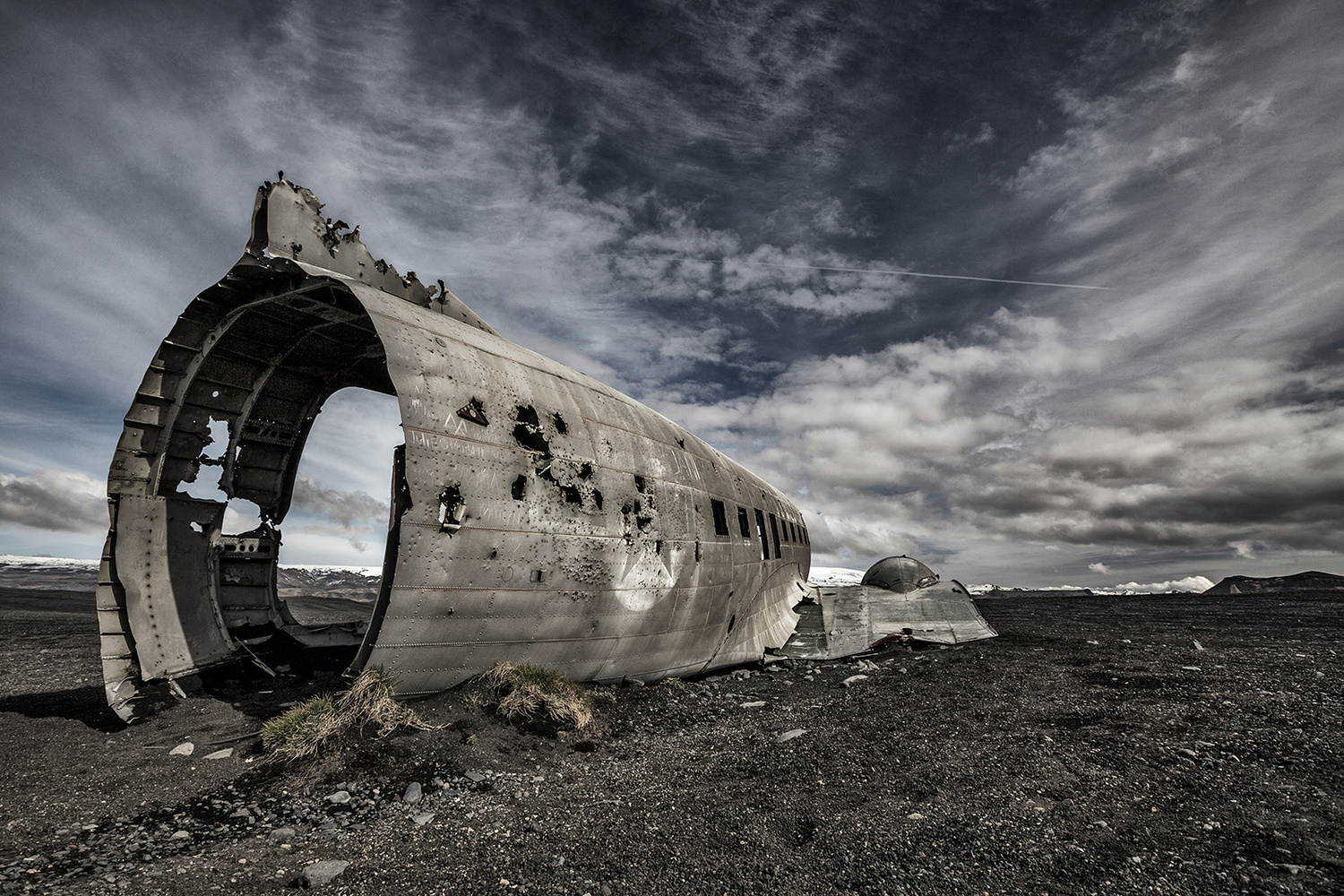 American military aircraft Douglas C-117 from the military base in Keflavik Iceland was on its way from Höfn to Keflavik airport on 21st of November 1973 when the weather suddenly changed. The temperature dropped to -10 degrees Celsius and ice began to settle on the airplane and its engines stopped. It was also so heavy fog that the pilots could not see out to the end of the wings. The men in crew was convinced that this was their last day. Then the assistance commander Mr. Gregory Fletcher took control and made the decision to turn south and try to land in the sea, but when he came down under 2500 feet the fog cleared out and he saw sands below and decided to attempt forced landing there. He managed to do that and the plane finally stopped about six meters from the sea. All in crew walked out safe and sound. Later the US Navy gave Mr. Fletcher medal for his performance. The plane is still laying on the sand, Sólheimasandur in southern Iceland. This was the crew's lucky day - and also mine because on the very same day I was celebrating my 12th birthday.