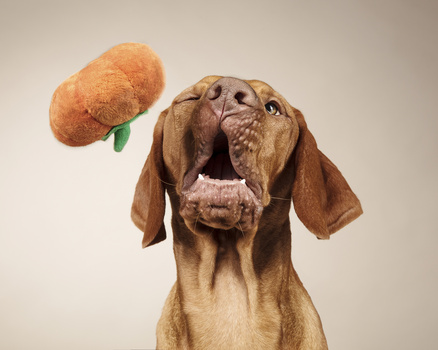 Nothing beats the speed of studio lights and this is one of the funniest moments I've captured of a failed catch!

Joey wasn't quite ready to catch the toy and the result is the aftershock of the pumpkin bouncing off his face.. you can even see the dent in his face where the soft toy had hit him. He wasn't phased and carried on being his playful self, although, maybe his pride was a little hurt at such an awesome fail.