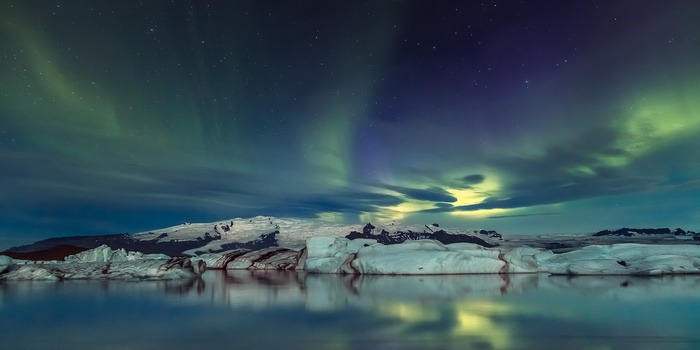 My First Look at the Aurora

Shot on the last night during my first trip to Iceland. I "missed" my flight home, so after securing a new return flight the next night, I did a u-turn and bee-lined out to this legendary location. It was just a couple days into September, and I was told an an aurora sighting was fairly unlikely. As I finally started to nod off I noticed what look like low jet contrails in the sky, only I knew for a fact no aircraft had made them. A few minutes later the dull gray lines in became flush with neon green and magenta, and began to fluctuate...and then dance. So much for sleep for a while!