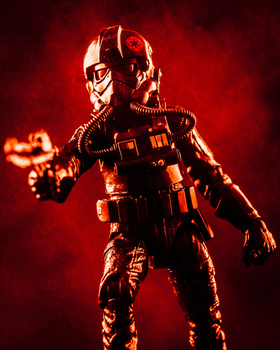 A special forces unit within the Empire, Inferno Squad was formed by Admiral Garrick Versio following the destruction of the Death Star at Yavin 4. Led by Iden Versio, Inferno Squad exists to protect the Empire from similar catastrophes, to protect and bury its secrets, and eliminate threats to the safety of its citizens. Masters of infiltration, extraction, and combat in any environment, Inferno Squad is revered by those in the Empire who know their name, and feared by the few enemies its commandos has allowed to escape.