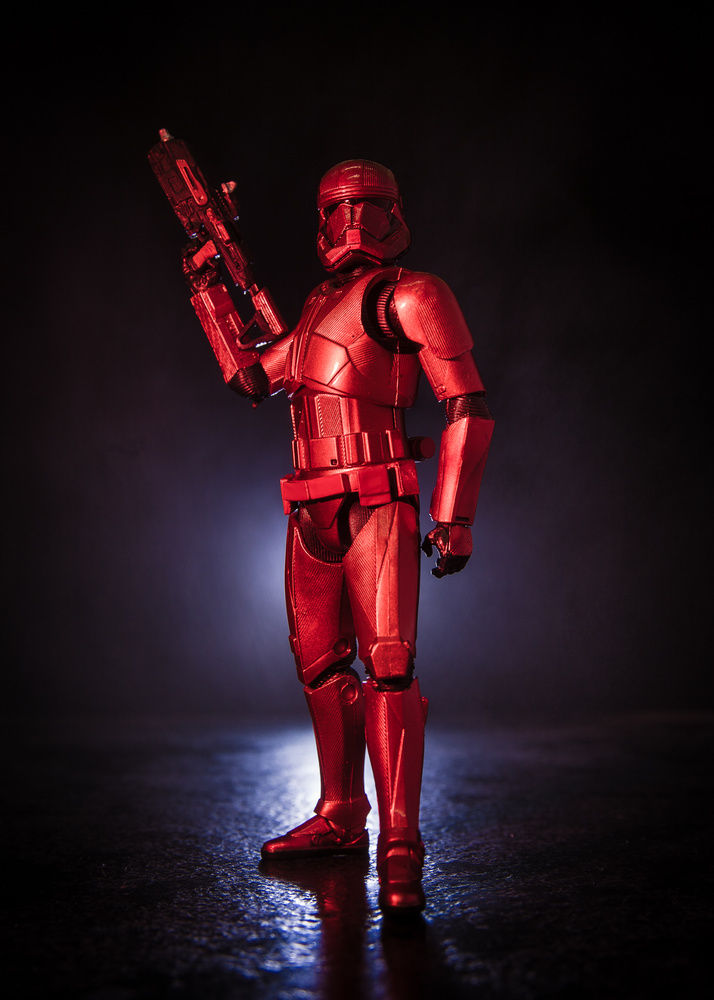 Sith troopers were a stormtrooper variant that served the Final Order during its war against the Resistance in their ultimate push towards galactic conquest. Named after the Sith, an ancient order of Force-users devoted to the dark side of the Force, these troopers drew power and inspiration from such order's dark legacy and were the next evolution of Imperial/First Order stormtroopers. They wore red-colored stormtrooper armor and wielded a ST-W48 blaster.