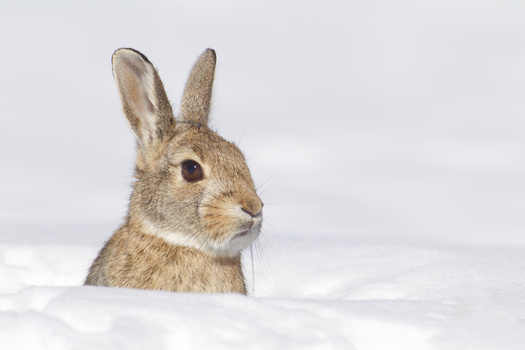 Eastern Cottontail - After the Blizzard

Like so many of us humans, this Cottontail had to "dig out" after a heavy snowfall. It was cool to be there at this time, as the rabbits had only just started to emerge from their burrows, and the snow all around was still mostly undisturbed. A couple hours later, the entire scene was criss-crossed with countless rabbit tracks!

I learned that it is best to show up right after the snowfall if I want to photograph wildlife in a relatively pristine snowscape. And yes, I felt bad looking at the many tracks I left in the snow ..... I know they say, "leave nothing but footprints", but sometimes our footprints are rather unsightly.

© Tom Reichner
This image may not be used by anyone for any purpose without the permission of Tom Reichner or his authorized agents.

Love this photo and your ethics too!