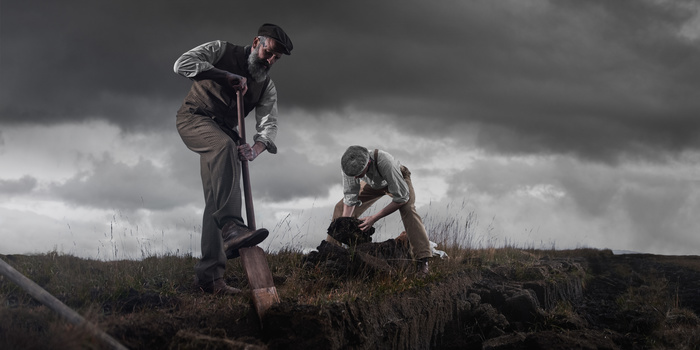 Peat. Do you know what peat is? I didn't know for a long time. In short, it looks like wet soil. But the story is a little more interesting. Water accumulates in marshy areas and slows down the decomposition of moss, grass and tree roots, resulting in peat formation. Historically, peat served as a fuel for heating. Even in Czech Republic. And like any fuel, this has its own specific smell, the chemical process of burning. Today it’s used in distilleries precisely because it affects barley during burning. It smokes the barley. But over the years, fuel has changed and many distillers have switched to coal. The ones that remain with the peat do this mainly because of the heritage. They stand out by their uniqueness, their history. Peat bogs also play an important role for the ecosystem. The healthy ones absorb greenhouse gases and the damaged ones produce carbon dioxide. Have you had “smoky whiskey”? I had my first Laphroaig many years ago and compared it to the tempera smell with which I drew pictures in the elementary school. Over time, however, this feeling has changed, matured. I like Octomore from Bruichladdich the most now, which, by the way, is probably the most smoked one. Do you like whisky? And which one?

I love your pictures and the stories they tell, truly exceptional