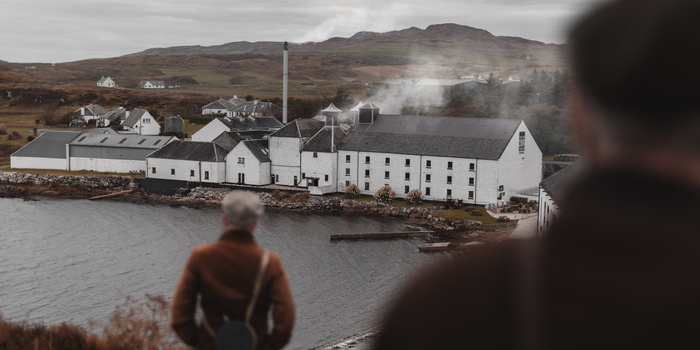 Distillation. How does it work? That's magic to me. A lot of vessels connected by pipes, and in the middle of it is a guy looking at a square glass jar with three taps. That was a short version. Wondering how it really works? You will hear this process in all distilleries, but I will try to describe it more easily. Saved way to distillery guaranteed! A potential impression of a buddy in a pub promised. In the beginning there is barley, water and yeast. And if you don't have yeast, we add lemon ... No, this is not one of those cases. Barley contains starch and when heated in water, this starch is converted into sugar. What does yeast likes? Sugar. So, by further heating, the yeast eats sugar and the magical conversion produces alcohol. Hmm, but that's how beer is made, isn't it? True, to make whisky, we first have to make ale beer. Nasty and sour, but ale beer. The beer is then poured into a copper stills and heated again. We are no longer interested in beer, but in the steam that is produced. These vapors condense - as the vapor becomes a liquid again. Then they are reheated in the second smaller copper still and the process is repeated. A very strong alcohol is formed. Have you ever been to a whisky distillery? At the end of the process there is a magic box with three pipes from where our strong alcohol is accidentally leaking. Not just accidentally. By some chemical filter it is divided into weaker, stronger and strongest alcohol. We and our guy in the distillery need the middle alcohol. It goes to the barrels. We use the other alcohols for further distillation and the fun repeats. Quite an interesting process. I wonder who invented it all. Chance? Ingeniously invented or is there anything else behind it? What do you think? PS: All the honors for the master distillers! And thanks is sent to Laphroaig, where we photographed copper stills.