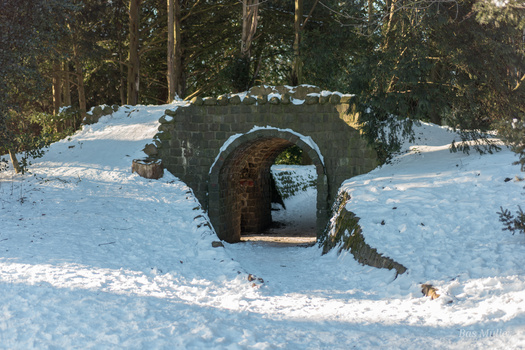 Joannes Benedictus van Heutsz was born on 3 February 1851 in Coevorden in the Netherlands. He was the second son of Joannes Franciscus van Heutsz and Maria Lucilla Kocken. Both his father and grandfather were artillery officers.

The park in Coevorden is named in his honor.

This tunnel is the ruin of an old experimental water mill.