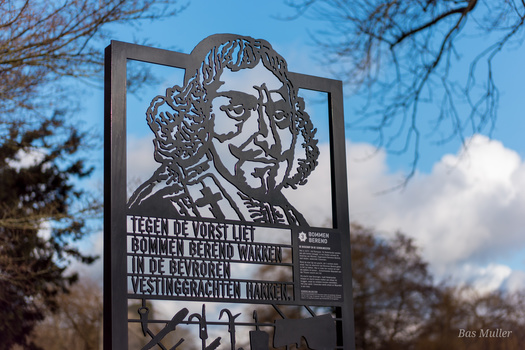 At least since medieval times the Hondsrug ridge was an important gateway into the Northern Netherlands, in particular to the politically and economically powerful city and lands of Groningen. The vast peat bogs bordering Drenthe could only be crossed in a few places. To control these crossings, various defensive works were constructed: castles, dykes, entrenchments and fortifications. Among these are the strongholds of Coevorden and Bourtange.

Coevorden was the most important military stronghold in Drenthe. Situated on a narrow passage between moors and brooks, it controlled the entry to the Northern Netherlands. Over the centuries, many battles were fought for the control of Coevorden with its castle and the access to the North. Most famously, it was captured by Bommen Berend, Bishop of Munster, on his way to Groningen.