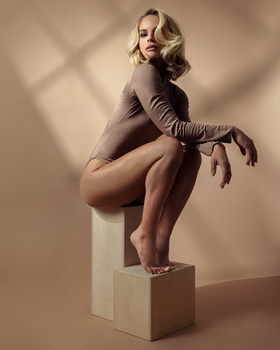 Shot about two weeks ago in my apartment which has great natural light, but obviously it's not consistent. So I decided to create a stylized version of natural light. I used a Strobepro optical snoot (although there's several versions of this type of thing out now) for the background, where a gobo is placed in front of the flash and then a camera lens is attached to the snoot in order to focus (or defocus in this case) the shadows from the gobo. Then another flash is placed directly behind that light, shot into a 5' octa for fill. The reason for keeping the lights in the same exact position is so that the shadows don't cross over each other - I learned this the hard way! 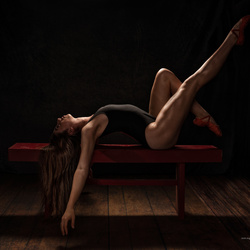