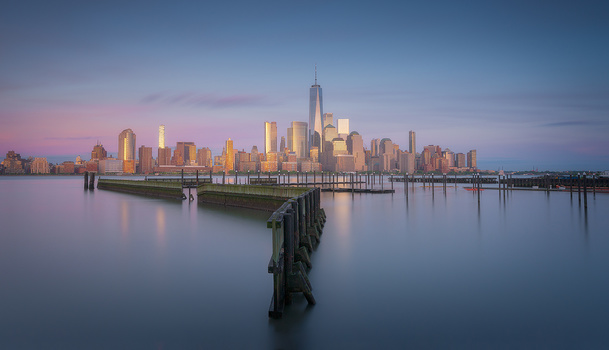 Manhattan, known regionally as The City, is the most densely populated and geographically smallest of the five boroughs of New York City. It is the urban core of the New York metropolitan area, and coextensive with New York County, one of the original counties of the U.S. state of New York. Manhattan serves as the city's economic and administrative center, cultural identifier, and historical birthplace. The borough consists mostly of Manhattan Island, bounded by the Hudson, East, and Harlem rivers along with several small adjacent islands, including Roosevelt and U Thant Islands. Manhattan additionally contains Marble Hill, a small neighborhood now on the U.S. mainland, separated from the rest of Manhattan by the Harlem Ship Canal and later connected using landfill to The Bronx. Manhattan Island is divided into three informally bounded components, each cutting across the borough's long axis: Lower, Midtown, and Upper Manhattan.
Has been described as the cultural, financial, media, and entertainment capital of the world, and the borough hosts the United Nations headquarters.