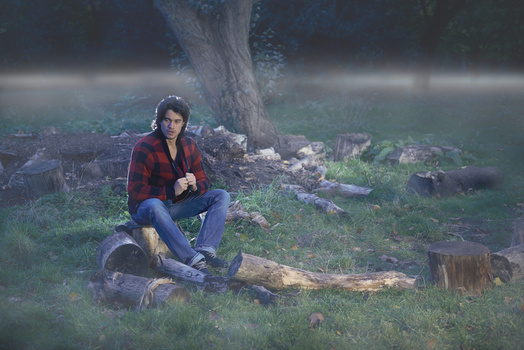 This was the second time I shot Geraint. It was shot in a cemetery close to my house, but I thought that having tombstones in the frame would be a little too cliche. The initial idea was to get a smoke machine, but that proved to be complicated, being it a public space, so I added the mist in post.

The blue toning was done in-camera by setting the white balance to tungsten. Three speed lights were used: 1x CTO camera-right (on model), 1x CTO for the tree, 1x bare behind model, on the ground, for contour. Mist added in Photoshop.