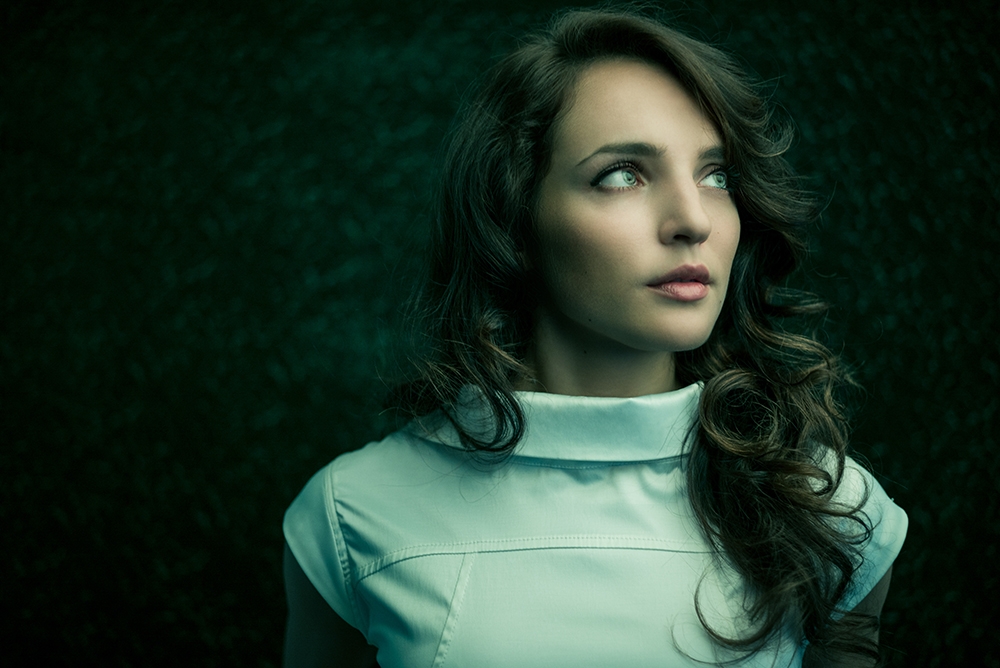 1
Home Community Photo of the Day

Anastasia in Her Kitchen

"A year ago I started working the model from Belarus, Anastasia Bachykala. I was first drawn to work with her because I was in need of images in my portfolio that had a more european editorial fashion look. When Anastasia and I work together, we spend a great deal of time prepping what will be worn, and what look we're going to target for a final image.

While obsess for days on color palettes for the lighting, she will be texting me images of wardrobe ideas. For the shoot where this image comes from, the plan was to shoot her in a white dress that was reminiscent of an early 1960's style, and find a white oversized brim hat. We had my studio, and a MUA lined up, that of course fell through on the evening before the day of the shoot when the MUA artist backed out, that was also Anastasia's ride to my studio. At least we still had the white hat and dress. I arrived at Anastasia's apartment at 8am, that she shares with 6 other Russian speaking students. I had no idea what to do for a studio setup, since I had to contend with waking students all morning long coming through the kitchen for breakfast.

I took a painting down from the wall, and taped up in its place a 6' x 6' piece of green velvet fabric from a vintage couch that I usually use to drape over objects in frame. I had a working backdrop! I blocked the only light coming in to the room window with my 42" bounce, and blocked it even more with a 100cm Elinchrom light bank that was shoved up to the ceiling, and aimed down at a 45 degree angle from camera right. Inside of the light bank is a white deflector, an inner scrim, along with outer scrim to soften the light as much as possible. The light was set to 50% power. I was ready to go with two cameras; The Canon 5dMk3 with the 85 f/1.2L, and my Leica M(typ240). I had recently used my Leica M9-p for a series of portraits and a fashion shoot, and was so pleased with the results, that the camera with 50mm Summicron mounted on it, was now a mainstay for my shoots. However, I had just received the new M(typ240) a few weeks before, so this would be the first portrait session with it, and a challenge since the dynamic range is far greater than the M9-p. I rolled off the first few shots before Anastasia put the hat on, using the 5Dmk3. Firing the strobe and allowing the wall on camera left to act as a bounce was my first attempt for lighting.

This worked somewhat okay, but because of the tones in the kitchen walls, and the lack of space for another light, the images looked flat. I turned off the strobe and pegged the lens wide open, seeing what it would do with the just the modeling lamp on in that environment. The Canon 85L with the modeling lamp only tends to make the images look very soft and dreamy, with very little room for forgiveness if the focus doesn't hook up. While that looks great, I still wanted that contrasty look of 60's Vogue. I grabbed the Leica, and put the Canon down for the rest of the 4 hour shoot. This image is the 10th image from the shoot, and one that I had considered a test shot until I saw it on my monitor that night. The 50mm Summicron, backed slightly away from wide open, in this case f/2.4, adds a perfect amount of contrast in to a shallow DOF look. The true trademark look of Leica lenses that I'm use to for my street photography, and absolutely love that I'm now adding into my lineup for editorial fashion work. Also, it's so much easier of a camera to hold and hang from your neck for hours, albeit you need to know what you're doing with a rangefinder for every single shutter actuation.

Anastasia ended up doing her own makeup, and had just taken the curlers out of her hair. Even though the shots with the hat nailed the look we were both after, this one is one of my personal favorites of her. It shows Anastasia in a state of calm that we don't usually see in her images, as if unposed and caught in thought. That little break in her lips, and the 'we are finally shooting' calm in her eyes is what makes it come together for me. Their was very little post process to do, other than blemish removal, and my usual hour of working with dodge/burn layers. To look at this image, and all images from this shoot, it's difficult to extract from it that we were crammed in to a corner of a small kitchen with a swatch of fabric taped to drab yellow wall, while every few minutes a scruffy Russian boy would pass by in whatever clothing they woke up in, stepping over cables and temporarily displaced furniture, on their way in to the kitchen for coffee."- Joel Aron

there is no words to describe how happy and grateful I am to meet and work with Joel!
Yes,just like that I look at my kitchen in my Art House! =) Strange house, I know..
But when Joel comes, that's when magic happens.

Can't wait for "the ‘we are finally shooting’ calm" again.
Time to make coffee.